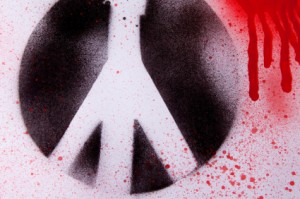 The sinking of the South Korean naval corvette, Cheonan, seems to have taken all progress in North-South reconciliation over the past decade and a half with it. Hopefully it will not get worse, although there are plenty of ill-tempered people on both sides of Demilitarized Zone (DMZ) who may advocate a military response. Worse yet, the situation is accident-prone, and could escalate unintentionally. As it stands now, we are facing the worst crisis in Korea in decades.

Who is to blame for this? Certainly, the rapid deterioration of relations cannot be blamed solely on North Korea. Yes, they might be guilty of a nasty attack, but we have yet to prove their involvement 100 percent. However, the ensuing campaign of heightened military-political confrontation to an unprecedented level has been mostly engineered by South Korea with reluctant support from the United States. But as long as there is still a reasonable doubt as to the degree of the North’s involvement, it is premature from a legal standpoint to reach any conclusions on North Korea’s guilt and punishment (let alone sanctions) in an international forum.

Despite Moscow’s official position on this matter,[1] let us analyze why a North Korean attack on a South Korean ship might have happened. What is the historic context for this incident? What other explanations could there be beyond the scope of what commentators and the media are speculating? The truth is that there are still several facts to be considered and questions left unanswered.

1. Where did the Cheonan sink? I have failed to find data on the ship’s exact location and its distance from Northern Limit Line (NLL) when it sank. Was a North Korean “sub” in North Korean waters? Was there an exchange of fire before the incident (as some sources seem to suggest)? Who fired the first shots? Could the incident be seen by the North Korean military as a “defensive measure” against an intruder? These speculations cannot be confirmed or denied until a full accounting of the incident is made public; the metal pieces said to be remnants of a torpedo with Korean writing on them do not tell the whole story.

2.  If the North Koreans did attack the Cheonan, what was their rationale for doing so? An incident in recent history that could shed some light on one possible motivation happened on November, 10, 2009 when a North Korean vessel was destroyed by the South Korean Navy. There was not much fuss about it in the international media. While the official Korean news agency released a statement, the version that received the most attention from the media was from South Korea. One of the few reports that covered both sides’ views explained:

According to North Korea, its patrol boat was on a mission to confirm “an unidentified object” on its own side of the maritime border, whereupon a South Korean ship started pursuing it and opened fire in a “grave armed provocation”. North Korea has also requested apologies from Seoul.[2]

Again, there is no confirmed data available on the location of this incident. Another source reported: “North Korean authorities denied that the vessel had crossed the Northern Limit Line, saying that South Korean ships had fired without provocation across the border.”[3]

The incident was perceived as a “victory” in South Korea; no one even mentioned the loss of life on the North Korean side. There were no appeals from the DPRK to the UN Security Council or phone calls from Kim Jong Il to other world leaders to state his case. No anti-South hysteria in the North followed. Instead, North Koreans are used to reacting in another way, namely, “action for action.”

3. Some people claim that there is not much difference between these two incidents and, in fact, they are closely related. They are just the latest episodes in a decade-long chain of conflicts in this disputed area. This area is not internationally recognized and therefore it is legally difficult to determine the rights of either side, despite South Korea’s practical control of the area. In such disputed areas worldwide and in this type of a conflict, it is difficult for either side to prove its actions fully justified; and international support and judgments are often politically motivated.. This is the case with inter-Korean sea battles in the disputed West Sea.

The only solution to such conflicts is negotiations, as both sides have their own “truths” and arguments. During the North-South summit meeting in October 2007 in Pyongyang, breakthrough agreements on this problem were achieved. The late President Roh Moo Hyun declared:

The North also accepted the proposal by the South Korean Government to develop a special peace and cooperation zone in the West Sea as part of a comprehensive project, which will serve as a driving force for peace and prosperity on the Korean Peninsula. This innovated idea is aimed at transforming the heavily fortified military and security belt into a zone of peace and prosperity. We will take the approach of economic cooperation in addressing the issue of military tension on the West Sea while leaving the existing Northern Limit Line (NLL) intact.[4]

(Is it difficult to believe such wording was used between North and South just two and a half years ago?)

4. However when President Lee Myung Bak took office, his administration discarded North-South Declarations and agreements reached on the issue at the summit. In response, the North therefore considered these obligations to be nullified and began to act accordingly. It has repeatedly warned, both publicly and through official and unofficial channels, that it does not agree with the West Sea area status quo. Although this does not justify the sinking of Cheonan, this incident is not particularly unexpected or outstanding. The idea that it was a sneak attack seems to be particularly detestable, but a la guerre, comme a la guerre. From the North Korean perspective, it proved to be a winning tactic. And remember, North Koreans consider themselves to be in a perpetual state of war with the South, having abrogated all previous agreements in 2009 in reaction to Lee Myung Bak’s policies.[5] From a North Korean perspective, the sinking of Cheonan could have been considered a proportional response to the November 10, 2009 defeat.

5. The incident, although tragic and regretful (as has been the whole of inter-Korean relations for the last 65 years) is yet another example of the need for diplomacy to bring these two hostile neighbors to terms with each other. However, both the West in general and Seoul in particular seem to have a different goal. It is not to preserve the status quo, which means to let North Korean regime alone. A Visiting Fellow at the University of Southern California’s Korean Studies Institute explained: “South Korea, the U.S. and other concerned countries have a long wish list for the Korean peninsula: a democratic, human rights respecting, global trading, non-nuclear, unified Korea allied with the U.S. and favorably oriented to both Tokyo and Beijing.”[6] This sentiment was echoed in President Lee Myung Bak’s May 24, 2010 address to the nation, when he stated, “It’s time to call for regime change in the DPRK in the name of the welfare of its people and stability on the Peninsula.”[7]

The Cheonan tragedy is being seen by some as an opportunity to get Kim Jong Il, especially in a difficult time of economic and succession problems. So after two months of thorough preparations the tactical response seems to be aimed at accomplishing the following goals:

Interestingly, in a manner of: “tail wailing the dog,” the U.S. has been reluctantly pulled into this plot by South Korea. One anonymous expert commented in the widely-circulated Nelson Report that the U.S. is now wedded to Lee Myung Bak’s policy of “regime change” and this has broad policy implications not just for the peninsula, but across the board of U.S.-China issues.

No one in his right mind may consider any one of the numerous military clashes in this disputed border area to be a casus belli for a war that would kill millions. Even short of a military scenario, an implosion of North Korea might lead to disaster. South Korean measures to curb all trade and prepare for “self-defensive” measures could also cause a disproportional response from North Korea. After all, the South has much more to lose.

Certainly it is hard to expect China or Russia to support such a scenario, or any other measures aimed at further isolating Pyongyang. Russia’s position may be slightly different from China’s in that it is seeking to cooperate with the South Korean government by sending a group of experts to investigate what happened before making any judgement on what to do at the UN. But there is no escaping the conclusion that diplomacy must be used. And for that to happen, the rhetoric and hysteria should be set aside. The idea that more pressure will lead to more flexibility on Pyongyang’s part and its return to the Six Party Talks is ridiculous to anybody familiar with Pyongyang’s track record. A Russian observer in Seoul made a tongue-in-cheek comment, “Northerners are like a Russian bear—when you feed it, it is calm, if not, beware.”[8] It is time to return to self-restraint and start preparing for peace talks, not sanctions and war.

The Russian position thus far has been to “wait and see,” most likely intending to follow China’s lead. If this issue is brought before the UN Security Council, Russia will probably demand ironclad proof of North Korean culpability and will likely abstain at best if this proof is not provided. I cannot imagine Russia supporting any sanctions; at most, a Presidential statement may be possible. However Russia would probably support wording, not directly accusing North Korea, that demands restraint and dialogue from all sides, creating the conditions to prevent such incidents in the future and that all parties return to the Six Party Talks. This will certainly have a negative influence on Russia’s relations with the DPRK; Pyongyang would not dare criticize Beijing, but won’t restrain itself so much with Moscow. As for “strategic partnership” with South Korea, the Cheonan affair is a clear sign that trust between Moscow and Seoul has yet to develop.

[8] A personal interview with a Russian professor in a Seoul-based university.