~ They Might Be Giants, Why Does the Sun Shine? 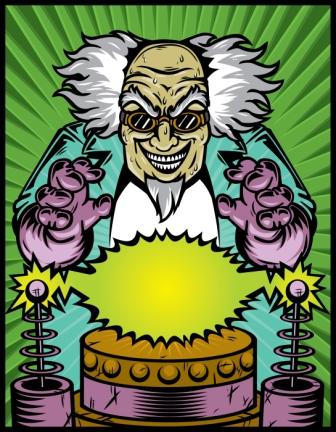 On May 12, 2010, North Korea’s Rodong Sinmun newspaper declared that the “Scientists of the DPRK succeeded in nuclear fusion reaction on the significant occasion of the Day of the Sun this year.”

“Now obviously this is balderdash,” my friend Josh Pollack wrote, “but what kind of balderdash is it?”

In the Democratic People’s Republic of North Korea, the “Day of the Sun” is the birthday of North Korean founder Kim Il Sung, who is known as the “Sun of the Nation.” (Kim Il Sung is itself a solar nom de guerre, meaning “Become the Sun.”) Given that no country has mastered fusion in quite the way the North Koreans seem to imply, Josh concludes the whole thing is “sheer mystical flapdoodle.”

Still, the May 12 announcement—and subsequent statements on May 19 and 20—fueled press speculation in South Korea and intrigued my inner wonk. After all, there is decades-old fusion research within the technical capabilities of a state with pockets of industrial proficiency like North Korea. And it would hardly be surprising if the North Koreans were to exaggerate research results or backdate a success in the field of fusion to coincide with the Great Leader’s birthday. So it seems to me there is an interesting question: If North Korea wanted to apply whatever they’ve done to the field of nuclear weapons, and that is a big if, what could they do?

Now, before we go any further, it is worth pointing out that the context of these announcements is entirely peaceful and scientific – there is plenty of worldwide research into the possibility of fusion as a clean energy source. There are no references to nuclear weapons or a self-reliant defense capability or any of the other stock phrases that announce North Korea’s nuclear weapons program. Western observers can get all tied into knots trying to parse the cryptic utterances of North Korea’s apparatchiks and its state media. It is useful to recall the exchange regarding North Korea’s alleged uranium enrichment program in 2002, when a North Korean official referred to “even more powerful” weapons. After a brief panic about whether North Korea had an H-bomb, it turned out the official was referring “wholehearted unity of the party, the army and the people around General Kim Jong Il.”

Still, it is interesting to ask what sort of fusion research might North Korea have conducted and what might that mean for its small stockpile of nuclear weapons and, in turn, regional security.

As I said, fusion research is cool, but it is also forty plus years old. The trick is basically controlling a sustained burn  of a plasma of fusion fuel (hence the description thermonuclear). Although no one has managed to design a workable fusion power plant, the challenge continues to attract scientists. For civilian research, the plasma needs to be contained. A glass jar is out, so the basic approach is to confine the plasma with either a magnetic field or, if scientists use a laser or particle beam to implode the target, inertia.

The first approach—confining the plasma in a magnetic field—is a very old one that dates to the 1960s. You may have heard of a Tokamak, which is a Russian acronym for a device that uses a magnetic field to confine plasma in the shape of, well, a donut. The Soviet Union successfully built the first Tokamak for fusion research in the 1960s. Many non-nuclear weapons states have conducted fusion research with Tokamaks, including Japan (which began operating a Tokamak in 1985) and South Korea (which started in 2008).  It is not difficult to imagine North Korea trying to keep up with its neighbors.

The second option of so-called “inertial confinement fusion,” or ICF—using lasers or particle beams to implode targets of fusion fuel in perfect sphericity—is more exotic.  The principal application, especially laser-driven fusion, has been to recreate certain characteristics of modern nuclear weapons in facilities like the U.S. National Ignition Facility (NIF). Despite the appeal to high-end weapons programs, other countries are also interested in ICF. Germany, for example, began studying particle-accelerator-driven fusion in the 1970s. Still, it would be more surprising to learn that North Korea had gone down this route.

In terms of integrating fusion research into a weapons program, there are, as far as I can tell, three possibilities, listed in order of technical difficulty from the most to the least challenging:

The first option is almost certainly out. No country has designed a successful pure-fusion weapon. Most of the first-generation technologies to drive fusion explosions—using laser beams or particle accelerators—are much too cumbersome to render into a deliverable weapon. The United States and Russia have conducted some research into the feasibility of using magnetic fields or chemical explosives to develop deliverable weapons—including, to my surprise, joint experiments in the 1990s. This interest is driven in large part by the Comprehensive Test Ban Treaty, which would ban all nuclear explosions. Since fusion experiments are not prohibited under the treaty, both the United States and Russia are keen to keep abreast of any technology that might provide a route to circumvent the treaty, however unlikely that breakthrough may be. Outside of this rather narrow concern, pure-fusion weapons are not much of a worry today.

That leaves us with the last option—that North Korea might use fusion fuel to boost a nuclear explosion.  Here I use “boost” quite broadly to encompass both the process of gas boosting and the use of a shell of lithium-6 deuteride (also known as the “Layer Cake” or “Alarm Clock” design). The basic approach of using a mixture of deuterium and tritium gas to “boost” a nuclear explosion is well known. Non-nuclear weapons states don’t use deuterium-tritium (DT) fuel in their Tokamaks; that tends to make the neighbors nervous. But there is no reason why North Korea would be so demure. Such research could certainly inform a design effort to build a boosted-fission weapon.

Or North Korea might do what Israel appears to have done—include a thin shell or a layer of lithium-6 deuteride, which would allow a tamper of normally non-fissile uranium-238 to fission weapon in the explosion, resulting in a much greater yield than a simple fission device. The United States, Soviet Union and the United Kingdom all designed such weapons (called the Alarm Clock, Layer Cake and Green Bamboo in the US, USSR and UK, respectively) before opting for the technical elegance of the staged thermonuclear weapon.

This requires some testing experience—but not much. China successfully tested a boosted fission weapon with only its third test, and AQ Khan has claimed that Pakistan included a boosted fission in its first round of tests in 1998. While one ought to be very careful with Khan’s claims, Pakistan did illegally import a tritium-handling facility from West Germany in 1987. And the Chinese test program would suggest that a boosted weapon is not a technically implausible boast.

A boosted weapon requires tritium (or, in the case of the “layer cake,” lithium-6 deuteride) which has a half-life of only 12.4 years and must be produced in a nuclear reactor. Did North Korea produce a small amount of tritium in one of its reactors or purchase the material from Pakistan? There is no public confirmation—or even as far as I know defector allegations—that North Korea is developing a boosted fission weapon or stockpiling tritium, lithium-6 deuteride or other fusion fuels. If it is a reasonable assumption that boosted weapons are North Korea’s next step, there is no solid evidence that they have taken it—yet.

All this is very interesting, of course, (at least to me), but it doesn’t answer the question of whether this matters at all.

It may not. North Korea’s 2009 nuclear explosion was relatively small as these things go—only a “few kilotons.” A few kilotons may only be one-quarter of the explosive power of the bomb dropped on Nagasaki, yet it is literally the equivalent of thousands of tons of explosive. This is not something you want dropped in your city, even across town. Moreover, although a “few kilotons” may only be 1/100th of the average nuclear weapon in the U.S. stockpile (which number in the thousands of warheads), the prospect of even a “small” nuclear explosion in Seoul or Tokyo gives pause to U.S. policymakers (to say nothing of their counterparts in South Korea and Japan.) A boosted weapon might give North Korea a nuclear weapon with a yield of tens, or even a hundred, kilotons, instead of a few.

At the end of the day, U.S. policy toward North Korea is based on a variety of factors. Are North Korean leaders willing to re-commit to a denuclearization agreement and follow through on it? Will North Korean leaders work toward resolving other issues, from abductions of Japanese citizens to the sinking of the South Korean warship Cheonan? Can the United States balance the interests of multiple parties, including allies like Japan and South Korea, as well as China? Can the United States sustain a prolonged policy of engagement? The answers to these questions fundamentally determine whether we pursue engagement or containment. The yield of North Korea’s nuclear weapons may be on the list somewhere, but it ought to be near the bottom.