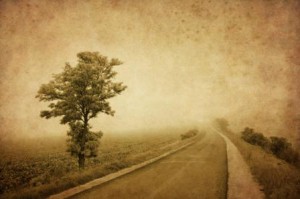 It was dusk, and I was pacing around a bench in the big square near the Parliament Building, wondering if Inspector O had forgotten our meeting. He was more than an hour late, but the message at the hotel had been as clear as it was short. “Five square, be there.” A few minutes after 6:00, I spotted him strolling along the street, stopping and starting to give his tail a bad time. As he walked up to the bench, he took off his cap and looked at me grimly.

I waited for him to continue, but there was nothing else. “Good,” I said finally. “Not much left of the Mongolian summer. No sense wasting time with ‘how do you do,’ or ‘a pleasure to see you again.’ Right to the point before the snow flies and the Gobi winds tear at your eyebrows.”

“About what, horses? As you know, Inspector, I was never high on horses. (See “A Horse of a Different Color,” May 2nd, 2010). And you’re late, incidentally, even later than usual. You think I have nothing to do but stand around and watch the Central Asian darkness creep down from the hills?”

“I was tied up at the embassy.” He looked slowly around the square, checking for anything that looked out of the ordinary, or too ordinary, or only recently ordinary.

“In a manner of speaking.”

“OK, you’re here, I’m here. We’re meeting, why I don’t know. Maybe if I buy you a cup of coffee you’ll tell me what this is about? Or maybe you prefer something stronger. They appear partial to vodka in this city. We could try a different brand at every bar. That would take us well past dinner. In fact, it’s almost already well past dinner.”

I groaned inwardly. “What images?”

“They’ve noticed in the capital that your people have stopped talking about horses. You used to say “We’re not going to buy the same horse twice.” It was annoying to hear, but we got used to it once we figured it out. Now, all of a sudden, you’ve switched signals. It’s got them rattled.”

“What does this have to do with me?”

“That’s what you always say. A couple of days ago, one of your reptilian organs…”

“I take it you mean the New York Times…”

“A couple of days ago, neatly tucked away in a signed article, a new line emerged.”

“No, about roads. Your side was quoted as saying it didn’t want to ‘go down the old road.’ For the past three days I’ve been getting calls from Pyongyang asking me to find out what that means. They’ve been looking at Google Earth, trying to pinpoint the road you won’t take. That’s why I’m standing here. They want me to ask you for the coordinates. They said they think you’ll tell me.” He laughed. “Better than that, they think you will actually know.”

“That’s what I told them.” He shook his head. “For a while they were focusing on the Silk Road, on the grounds that it was pretty old, but then they gave up and started looking again. This morning I managed to find on the internet the title of a song about a “Lonesome Road,” but when I hummed it to them over the phone, they said that wasn’t it, either.”

I nodded. “No one wants to go down a lonesome road.”

“Let me make it simple, Washington says it doesn’t want to ‘go down the old road.’ What old road?”

“Surely they’re not talking about a real road, Inspector, it’s a metaphor. Think of it as a wood filler for cracks in the policy.”

“A metaphor! We’re drifting over the falls, and your side is dealing in metaphors?”

“I told you, think of it as wood filler.”

“It’s beginning to look to me like you people have become captive of your own metaphors. We’re searching for signs of a policy, you toss out metaphors. I hope you won’t take this the wrong way, but it doesn’t reflect well on your grasp of the situation.”

“Speaking of being captive of metaphors, how many times have your newspapers used, “like a thief crying thief.”

“Fortunately your side hasn’t listed “Strunk and White” as luxury goods.”

We glared at each for a moment, but as usual, I blinked first. “What are you doing out and about right now, anyway? I would have thought you’d be in your capital, getting ready for the big meeting, sealing manhole covers along the parade route, that sort of thing.”

“Not my department.” He gave me a wary look. “Who told you about a parade?”

I shrugged. One point for me, finally.

“OK, never mind, keep your sources to yourself.” O glanced around the square, again. “This may look like a backward country,” he said quietly, “but they have pretty good equipment and they know how to use it when they want to.”

He smiled. “Even paranoids have their conversations recorded sometimes. Listen, the real reason I asked to meet was to convey an invitation. I’ve got interior duty for the pow-wow in Pyongyang, sitting in a skybox, keeping watch on things. How would you like to sit up there with me?”

“Do bears sleep in the woods?”

“That’s not metaphor. It’s ironic, or possibly sardonic. Speaking of which.” O took a small black cloth out of his pocket and tied it on his arm.

“It’s to mark a sad anniversary. I’m surprised you aren’t wearing black yourself. You’re usually very up on these anniversary things.”

“Give me a clue. I haven’t seen a calendar for days; they don’t have one in my hotel room.

O drew himself up and spoke solemnly. “We mark this month the passing of what you might say is an old road, one now full of ideological ruts too deep to repair. Where once was a superhighway under construction, there remain only…”

“…only the shards of broken promises littering the rest stops and overlooks. Look on my works, ye mighty!”

“When did you ever read Shelly?”

“Want me to finish the passage?”

“Look on my works, ye mighty, and despair.”

“You referring to the Six Party Talks?”

“Don’t be ridiculous. That wasn’t a road, it was a carnival ride. I told you, this is the tenth anniversary, though it must have been in another star system given where things are now. Exactly ten years ago we were making preparations for a visit to Washington by NDC Vice Chairman Jo Myong Rok. Can you believe it? There was a banquet for him at your State Department, a group of your strolling Marine musicians performed. He even went to the White House, the White House for crying out loud!”

“Yeah, that was then. In October in that faraway time, there was the signing of a joint statement on terrorism. On terrorism! Already in August, the head of your State Department’s counter-terrorism office had come to Pyongyang for serious conversations. Bad road, don’t go down there again, I guess. That hard right turn at Bolton Lane, straight off the cliff? Try not to think about it.”

“You bet there’s more. While Vice Chairman Jo was in Washington, on October 12th, there was a joint communiqué on improving relations. That cleared the way for a trip to Pyongyang by your Secretary of State for hours of serious, substantive talks. Obviously not a road of interest anymore. Better to keep things on the swampy path to nowhere they’ve been on for the past eight years. Don’t stop and ask for directions, just be patient and keep driving.”

“I think you might be missing the point. What they’re looking for now, or so I’ve read, is a behavior change on your part.”

“Of course! Behavior change! Like with a dog. When you whistle, we’re supposed to do what? Sit up and wag our tails, wait for a tasty treat? Is that good enough behavior?”

“I don’t think that’s what they mean.”

“Maybe we should be more like lab animals, learning new tricks. Behavior modification techniques, that sort of thing. You could attach electrodes to our brains. Or maybe you want to send us home to the Chinese with a report card—Deportment: D; Cooperates with Others: D; Hits the Older Children and Makes them Cry, Very Disruptive on the Playground, Might Need Further International Evaluation; No Toys or Fertilizer and Barred from Sitting at the Adult Table Until Behavior Improves.”

“I know what we should do, Inspector. Let’s relax, have some vodka, tell a few jokes. I don’t think I’ve ever seen you so tense.”

“Nah. Thanks for the invitation, but I’ve got some reports to file and then another meeting late tonight at our restaurant in town. You been there yet? It’s not half bad.”

We shook hands. He put the cap back on his head and tilted it rakishly.

“Keep out of trouble,” I said.

He turned to go. “Happy roads to you.”

By the time I realized what he meant, he was halfway across the square, walking so fast his South Korean tail could hardly keep up.

“Not roads,” I shouted after him, “trails. Happy trails.” But I don’t think he heard me, even over the quiet of the sweet summer night.