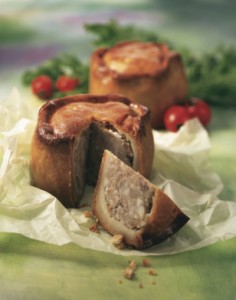 “Tell me the truth.” We were sitting in a small pub in the English countryside, and Inspector O had a curious, hang dog look on his face. “Do you think I am weird?”

I was instantly on guard. This could lead nowhere good. “Did someone call you weird?” I ran my memory files, wondering who might be dyspeptic enough to use the word.

“Someone did, and you know perfectly well what I’m talking about. Your national paper.”

“I know nothing. And if you’re referring to something recent in the Washington Post, I wouldn’t get my shorts in a knot.”

“That’s it?” O sat up straight in his chair, always a troubling sign. “That’s all you can say? In response to an honest question, you twist and dodge?”

I braced for the salvo clearly on its way.

“Very well. I cannot but conclude you think I am weird, yet will not say so to my face.” A whiff of petulance—trailing a hint of cordite—floated into the air around us. It was a lovely room we were in. Our table sat beside a fireplace in which a great oak log crackled agreeably. The ceiling was low, the lights dim, the atmosphere one of peace and contemplation, or at the very least, low intensity warfare. If I let O go on, it was clear that he would escalate, and that, as usual, I would have to back down. A country pub was not the place for this sort of argument. My eyes rested briefly on the fireplace poker. Homicide maybe, but not an argument.

“Whatever others may say, I do not think you are weird. Will that do?” I hissed softly through clenched teeth. He didn’t care if I was gracious about it; the key was that I back down. “Listen, you summoned me here, and I’m pretty sure it wasn’t just to get my goat.”

I felt several pairs of eyes on us from the next room. From the moment we’d come through the door, the locals had regarded us suspiciously. It did not help that O was wearing a fedora, a tartan muffler, with a bent-stemmed pipe drooping from his lips. Once seated, he’d removed the muffler but not the hat. The local gaze did not waver. It was a small crowd, five of them. They didn’t look dangerous, but you never knew. I made a note to steer O away from any discussion of soccer.

“How about a pint?” O looked around cheerfully. We both knew my retreat was in his pocket, along with all the others he’d collected from me. “A pint and a cheese sandwich, just the thing.” He picked up the menu and studied it for a moment. “Or a pork pie.”

“Thank you, but I’ll just nurse a whiskey.” Holding a grudge bought me nothing, though it still irked when he gloated. I looked again at the fireplace poker. “By all means, go ahead if you’re hungry. Maybe once you order you’ll be kind enough to tell me why we’re here.”

O read the menu carefully. “Lousy options,” he said at last, and gestured broadly with his pipe to make the point. I pretended to study the old prints along the wall. They were of the surrounding countryside, a manor house, lots of fields and sheep. The locals had finally stopped staring and were talking among themselves. Every so often they paused in their conversation, and one of them shot us a baleful look.

O did not seem to notice. This was not unusual; he paddled through disapproval like a duck in a summer pond. He put the pipe back in his mouth and sighed.

“Something the matter?” I asked to be polite.

“The options, they’re lousy. This is a land of lousy options.”

He didn’t expect a reply, and I gave none.

“I hate it when the options are lousy,” he continued. “Don’t you? I prefer good options. Good options are best.” He looked over at the locals. “Not too friendly.”

“I have an idea. Why don’t you just hold your nose and order the pork pie?”

“Brilliant,” he said. “That’s why I hang out with you. I get free advice.”

“Then again, you can choose another option. I’ve found that if you weigh them, one is always better than the others.”

“No,” he said emphatically and waved the pipe, “there is no other option. This isn’t a Chinese restaurant. Chinese always have lots of options, have you noticed? Here, the cheese sandwich is not available after 8 pm. It’s pork pie or nothing.” He paused. “Maybe you’re on to something. Maybe we should try Chinese.”

“Forget it. There’s no Chinese restaurant in this village. I checked as we drove in. This pub and a church, that’s all there is. You’ll have to choose the pork pie or a wafer of some sort.”

Again the pipe served as an instrument of emphasis. “Perhaps we can order out. Do you have your cell phone? There must be a Chinese restaurant somewhere around here. Maybe in the next village. This is the West, land of many choices, isn’t that so? We can call, and they’ll deliver what we want.”

“Gow fin on.” One of the locals stood at our table. The others watched him closely from the next room.

“Good evening,” I said. He had appeared out of nowhere. They moved like cats.  The old floor boards hadn’t even creaked.

“Balls the eve,” he replied. “Ya wint Chinee, gow fin on.” He smiled broadly at O.

“What do you eat here, my good fellow.” O smiled back. Not what you’d call a genuine smile, but under the circumstances, it might do.

I mentally measured the distance to the poker. Too far, I’d never get to it in time. The local man was very big. His boots alone weighed more than either of us. A big cat. I started to say that O was harmless and that we were just leaving, but the big man laughed. “Yer Chinee? Nah bud a few haraboot.”

O gave me a level gaze and said without moving his lips, “These people must be very isolated.” Turning back, he looked up and offered the man his hand. “How do you do, sir. The name’s O. Inspector O. And you?”

The local took O’s hand. “Ar yew, then?” For an instant I thought he might lift O from his chair like a lamb under consideration for the day’s stew, but the moment passed. The local turned and called out, “Gwen! Yer partrins need sum ates.” He took the menu off the table and waved it about. “Nar but tha best. Nun yur cummin fahr, neeth.”

O grinned at me. “See?  More options. It never fails. You only have to wait long enough.”

A youngish woman appeared, slightly haggard in mien but neat in her clothing. “What will it be, then, or do you need another minute?” She looked at O. “No pipes in here, or out you go.” O took the pipe from his mouth and put it on the table. I gaped at him. He shrugged. “It’s her place, isn’t it?  Rules are rules.”

“Go sit down with your gawking friends, why don’t you?” The woman gave the big local a not-to-be-brooked look. “And you,” she turned back to O, “have you decided yet?”

“In a minute, sweetheart. What are my choices?”

The woman pointed at a black board leaned against the wall. “Specials of the day, it says in big letters cross the top. You can read as well as the rest of us. We had six, if you can count.”

O nodded. “How about the duck?”

The knot of locals looked into their beer and smiled. The man with the boots cleared his throat. “Now, Gwen,” he started.

“Go sit, I told you.” He joined his friends, who made space for him at their table. None of the boards creaked under his big boots.

“Very well,” O studied the blackboard. “No duck.  How about Yorkshire pudding?”

“Twer the best,” one of the locals muttered and the others nodded.

“In that case, I’ll have the pork pie,” said O.  “My friend requires only whiskey.” He shared a knowing look with Gwen, before she left to retrieve the sole option.

“Good, orders are in, we are sitting by the fire, with an angry quorum of local squires blocking the way out, prepared to beat us to a pulp. You still haven’t told me why we’re here.”

“Mythology,” he said. “They’ve noticed in Pyongyang that your capital’s mouthpiece seems much taken with mythology. This has set off furious research. All the books on the Greeks myths have been checked out of the Grand People’s Study House, but there is some debate about which ones are germane. What about the one with the dog that dropped the bone in the water.”

“Ah. Pity, it seemed a good choice.” He pulled a piece of paper from his pocket and read it closely. “A favorite alternate choice is the man with the liver problems.”

“Prometheus? What does he have to do with what is going on?”

“That was what we were wondering, too, but we assumed that someone at Georgetown would surely know. Personally, I’m in favor of the man doomed to rolling the ROK up the mountain forever.”

He smiled. Gwen appeared at the table. “No more pork pie. I do apologize.”

“An apology. Very nourishing.” O stood up, put on the scarf, picked up his pipe, and bowed to me. “I’m off,” he said. “No sense waiting around. You may as well be patient, and sit here until the options improve. I expect there are some myths you haven’t contemplated yet. What about the one about the cloak and the sun and the wind? Or is that a fable, too?”

“Of course. Meanwhile, I’ve got things to do. Give my regards to Hae-sop.”

“That’s Aesop,” I called after him, but he was already gone. The door clicked shut, and as it did, the log in the fireplace flared.