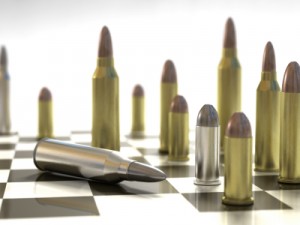 Despite intermittent crises and many deadly clashes, nearly six decades have passed since the armistice agreement “ending” the Korean War was signed without there being a serious resumption of military hostilities. Though the armed standoff in Korea is hardly a desirable state of affairs, this record can be taken as a reassuring sign of its underlying stability. But how sanguine should we be that the current crisis will recede in much the same way that earlier ones have and that the deterrent relationship will hold? In fact, recent events raise some troubling questions about the volatility of the situation in Korea today.

First, the November 23, 2010 shelling of Yeongpyeong Island by North Korean artillery clearly caught many experts by surprise. North-South relations had been thawing after a summer of heightened tensions following the sinking of the ROK naval ship Cheonan in March. Even the revelation of new nuclear enrichment facilities immediately prior to the attack had seemed to accomplish its putative goal of convincing the outside world that North Korea could not be left to stew in its own juices and that engagement was now imperative. So why would North Korea set back its coercive diplomatic campaign  by launching yet another deadly provocation that antagonized everyone—including its principal patron China—just when the wind was clearly beginning to blow in its favor? Did North Korea fail to see this or did it miscalculate the impact of its actions? Did other factors, notably the succession process underway in Pyongyang, affect the calculus or tip the scales in some decisive way?

Second, the attack on Yeongpyeong Island was also surprising in that it targeted areas inhabited by civilians for the first time since the Korean War. This was no accident, but a carefully choreographed and well executed attack as Joe Bermudez’s excellent account of what happened indicates. Yes, the numbers killed were still less than previous incidents. And yes, one can infer that the choice of Yeongpyeong still signaled restraint by North Korea as the military base on the island had been the source of offending live fire drills and, moreover, represented an “off peninsula” target and thus less likely to trigger wider escalation. But why would North Korea decide to brazenly disregard such an established “red line,” to say nothing of a cardinal international norm, at this time? Can we infer from this a growing willingness to breach other red lines and engage in still more risky behavior?

Third, the rapid change in South Korean public opinion from being largely pacifist and unwilling to countenance a forceful response against North Korea to the situation today where a majority now favor military retaliation if provoked has introduced a new element into the crisis. Tough statements by senior ROK officials—including President Lee Myung Bak—that South Korea will use force in the event of another aggressive act suggest that the days of Southern forbearance are over. This is completely understandable and, to many, a necessary prerequisite to deter future provocations. Yet, how confident can we be—especially in light of recent events—that North Korea will take the threat of South Korean retaliation seriously? Might it only goad them further? And should we worry that South Korea might take preemptive action if it had credible indications of another provocation?

Remarkably, despite all the commentary on the current crisis, to say nothing of the obvious stakes involved, scant attention has been given to how tensions might actually escalate rather than dissipate contrary to past experience. Certainly plenty of commentators have warned about how “miscalculation,” “loss of control” and “unintended escalation” could trigger a new Korean war, but rarely beyond such broad generalizations and assertions. Conversely, those who discount the likelihood of significant escalation should the South retaliate militarily in the future have been no more forthcoming in explaining why the risk remains low other than repeating the broad conviction that it is in neither side’s interests to go to war. As we have seen in many cases, however, an expectation of rational behavior—especially for decision makers under conditions of stress and incomplete information­­—is not something that can be reliably assumed.

The propensity of another major clash on or around the peninsula to escalate militarily depends on numerous complex factors. Understanding them may seem like an arcane or academic exercise, but it is in fact critically important to considering how best to manage the current crisis and prevent the very outcome that everyone—including presumably the North Koreans—wishes to avoid. Four interrelated variables are likely to be the critical ingredients to how another deadly clash might escalate. These can be simplified as the “who, where, what and why” factors:

Who’s Involved: In the most recent provocations, North Korea has evidently been careful to confine their operations to South Korean targets. A future incident that either intentionally or accidentally involves U.S. forces or citizens in Korea would clearly raise the stakes. It is has been some time since this has happened and one could infer that North Korea understands that the risks have grown too high and thus they will continue to refrain from any direct or harmful interactions with the United States. The decision to carry out joint U.S.-ROK naval exercises in the vicinity of the recent provocations presumably had this in mind to help deter further attacks. Yet, how sure can we really be that North Korea would not target U.S. forces in the future? Might they make the same calculation that the U.S. will be just as risk averse to taking retaliatory action as the ROK has been to date? And even if they do continue to avoid provocations that may involve the U.S., how confident are we that they would know when U.S. forces or citizens are not in harm’s way? Finally, while the involvement of the U.S. would clearly increase the risk of military escalation, we should also not overlook the potential role of Japan. It too has been the target of past provocations and its tolerance for aggressive North Korean behavior has lessened considerably in recent years while its capacity for military retaliation has manifestly increased.

Where the Interactions Take Place: As several analysts have pointed out, the Cheonan and Yeongpyeong incidents are the latest in a decade-long sequence of military clashes along the disputed Northern Limit Line (NLL)—all of which have stayed localized. Were additional incidents to occur in this same general area, the supposition is that South Korea would retaliate in the proximate vicinity and in a proportional way to reduce the risk of further escalation. This raises the question of whether North Korea would view South Korean retaliation against mainland, i.e. “on peninsular” targets—which are reportedly now being considered—as a qualitatively different and therefore disproportionate response regardless of how discrete or contained they were? There is no assurance, in any case, that North Korea would confine any future provocations to the NLL/Yellow Sea area. Meddling with the Kaesong Industrial Complex, including the detention of South Koreans who work there, has been mentioned as a possibility. Insertion of special forces into the South if only for reconnaissance purposes is also not out of the question. There have been plenty of precedents after all. Neither should Seoul be viewed as off limits as demonstrated by the failed assassination attempt in late 2009 by a North Korean “hit team” against their most senior defector Hwang Jang Yop. How South Korea would respond proportionately to these or similar types of activities are not immediately clear, though one can anticipate considerable public agitation to retaliate promptly.

What Type of Interactions Take Place: The scale, intensity, and nature of any further military interactions clearly have a major bearing on how a crisis would subsequently escalate. Intermittent artillery duels across the NLL and even the DMZ would probably not precipitate a major outbreak of hostilities. The use of airpower, however, which has been raised as a possible retaliatory option by the new ROK Defense Minister, introduces a new, more uncertain element since it entails the direct incursion of sovereign territory and thus represents a clearer political affront to the North. (It also introduces the possibility of downed and captured pilots that could also complicate matters). Targeting major symbols of national power such as nuclear facilities and missile bases—however surgically undertaken—would undoubtedly represent a still greater challenge to the North which we can reliably assume would not go unanswered. The most important variable, however, will be the perceived operational status of each side’s main offensive capabilities. If either North or South Korea perceives that opposing forces are being readied to engage in large scale offensive operations, the incentives to strike first will inevitably increase. For the North the reason would be to avert the almost certain demise of the regime and for the South it would be to minimize the risk to Seoul. But, as has often been observed, precautionary defensive measures designed to bolster deterrence are not easily distinguishable from offensive preparations and thus the potential for miscalculation exists. Here changes to the size, disposition, and alert status of U.S. forces in and around Korea, including the potential activation of reinforcements and the evacuation of non-combatants from forward areas, will be absolutely critical to perceptions of intent.

Why Further Provocations are Initiated: If North Korea’s recent actions along the NLL are really just the latest manifestations of a more than decade long effort to redress perceived grievances about the maritime border and, moreover, to settle scores with the South Korean military for previous setbacks, then new provocations for this purpose and the likely response that they prompt would probably keep the crisis from escalating significantly, notwithstanding the cautionary factors noted above. However, if North Korea conducts further military provocations primarily for the purpose of relieving the diplomatic and economic pressure that has been brought to bear on it in recent years (or it feels that negotiations are not producing sufficient concessions), South Korean retaliation would presumably have to incur significantly extra costs to make North Korea desist from continuing its campaign. This also presumably increases the odds that Pyongyang would feel compelled to respond in kind, which could set in motion a dangerous escalatory dynamic. Furthermore, if the leadership in Pyongyang is primarily or even secondarily motivated by the desire to embarrass the leadership in Seoul and/or bolster the legitimacy of the heir apparent—Kim Jong Il’s young and inexperienced third son, Kim Jong Un—through further provocations, then additional escalatory pressures could come into play. Not only would it likely increase the demands on the South to respond forcefully, but its subsequent retaliation would likely be harder for the North to ignore because of its potential harmful effect on the standing of the designated successor. Potential voices of caution and restraint could in the process become muted to avoid appearing less than fully supportive or loyal to the new leadership. Indeed, to curry favor, the incentives to be bold and aggressive may actually increase. This will be especially true if Kim Jong Un is personally directing the recent provocations as some believe he is.

All this should make us think more than twice about how to respond to any future North Korean provocations. In particular, it should remind us about the “fallacy of the last move” and the potential for unintended consequences when military action is contemplated against North Korea. Getting on a moving escalator is much easier than getting off one.

Paul B. Stares is the Gen. John W. Vessey Senior Fellow in Conflict Prevention and Director of the Center for Preventive Action at the Council on Foreign Relations. He is the author of most recently Military Escalation in Korea (CFR, November 2010).