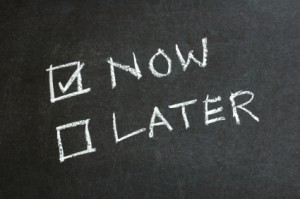 Hunger once again stalks North Korea. Three needs assessment missions have so certified, and have recommended immediate food deliveries. In February, five American relief organizations—including Mercy Corps, World Vision, and Samaritan’s Purse—observed the “acute malnutrition” of children in three areas as well as people eating seeds and grass, and recommended emergency food aid by June. In March, three United Nations agencies—the World Food Program, the Food and Agriculture Organization, and UNICEF—called for 430,000 metric tons of food by the summer to avert “malnutrition and other diseases.” Five European relief groups—including Save the Children, Concern Worldwide, and the Swiss Agency for Development and Cooperation—reinforced these findings by declaring that the coping strategies of vulnerable children, pregnant women, and elderly people are “on a knife edge.” And in June, the European Union reported “widespread consumption of grass,” and announced $14.5 million for food aid for 650,000 people in “acute” areas to arrive by August.

The United Nations is seeking $218 million for 3.5 million people but has received less than 25 percent. South Korea, a long-time major donor of food to North Korea, openly refuses to extend aid now, citing the country’s nuclear weapons program and its attacks on the South. Washington, which prefers to stay in lockstep with its South Korean ally, has been less transparent. Torn between its fear of propping up Kim Jong Il’s failed Stalinist state and its commitment to “good humanitarian donorship principles,” which forbid politicizing humanitarian aid decisions, the Obama Administration has taken refuge in delay.

But taking no decision is really a decision, which gives the impression that there may be no urgent or extensive food crisis in North Korea requiring immediate action. It set aside the findings of thirteen reputable relief groups and did not dispatch its own mission until the end of May. The mission visited only two provinces (the United Nations visited nine) and has been studying its findings for more than a month. Washington also has been developing stringent monitoring standards should it resume aid, given North Korea’s known diversions to the army and elite. But these may possibly be so restrictive as to preempt agreement.

The consequences of not providing food aid are clear: stunted physical and mental growth of children, anemia in pregnant women, vitamin and iron deficiencies, increased risk of tuberculosis and other life threatening diseases, greater numbers of homeless people, a rise in prostitution, and countless preventable deaths. More than 40 percent of North Korea’s children are reported to be malnourished with a health care system unable to cope. According to the United Nations, there are inadequate medical supplies and outdated water and sanitation infrastructure.

This nightmare is North Korea’s singular creation. Its failed economic policies, misguided currency reform, focus on nuclear weapons production, and failure to invest in health care and food, have combined with poor weather and rising food prices to impoverish the population and produce chronic starvation.

But there is also a well-established international consensus that when a government fails or is unwilling to feed its own population and large numbers are at risk, the international community has a responsibility to save lives.

This humanitarian imperative is not Washington’s alone to carry. China needs to be brought into the equation, being North Korea’s principal ally and provider of food aid and fuel. It should be called upon to provide a significant part of the food aid now needed by ordinary North Koreans, particularly in the northeast, who are hungry. And it should be pressed to use international standards to ensure that its aid reaches those at risk. It is time for Beijing to join multilateral donor initiatives grounded in international principles.

All donor governments, together with the United Nations, should develop uniform standards for North Korea so that each is not left to negotiate its own terms—which is the case right now. Such individual arrangements increase Pyongyang’s bargaining power and undermine efforts to gain agreement for random monitoring of aid, increased numbers of Korean speaking staff, access to markets, and greater international presence. If all donors insist on the same standards and enforce them, food aid would be far more likely to reach those for whom it is intended.

Donors also should begin to condition future aid on North Korea’s undertaking economic reforms. Without reforms, such as increased allocation of resources to food and health care, the lifting of restrictions on markets, and an end to collectivized agriculture, Pyongyang’s hunger problem will continue unabated.

As the world’s leading humanitarian donor, the United States must decide without further delay either to extend or deny food aid to North Korea and explain the reasons why to Congress, the public, and the broader international community.