The following article by 38 North editors, Joel Wit and Jenny Town, was originally published at foreignpolicy.com on July 26, 2011. 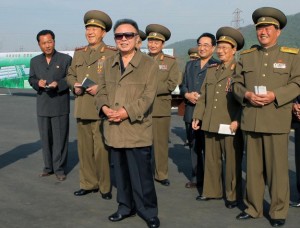 U.S. Secretary of State Hillary Clinton’s announcement this weekend that North Korean Vice Foreign Minister Kim Kae Gwan will soon visit New York City is the strongest indication yet that the six-party talks—the negotiations over Pyongyang’s nuclear program between the United States, China, Japan, Russia, North Korea, and South Korea—could resume as early as this fall. If so, it would not only mark an end to what’s been a two-year hiatus in the talks, but it could also signal the beginning of a new, and critical, phase of the negotiations. Indeed, while all the involved parties are by now deeply familiar with the basic issues at hand, the stakes are higher now than ever to salvage a palatable solution to North Korea’s nuclear problem.

Right now, North Korea may well be at a critical transitional moment in the development of its nuclear arsenal. Pyongyang has already completed the first phase of developing such an arsenal, having built a small, minimal nuclear force consisting of a handful of weapons that it may or may not be able to mount on a few short-range missiles. The issue before us now is what dangers lie ahead if the North steps up that effort. If Pyongyang is anything like other small nuclear powers such as India, Pakistan, and Israel, we can expect it to move on to building increasing numbers of more sophisticated nuclear weapons mounted on a variety of missile delivery systems.

Imagine a world in which North Korea is armed with tens of weapons mounted on missiles able to devastate Seoul and Tokyo and, conceivably, even parts of the United States. Increasingly confident of its own nuclear prowess, Pyongyang would have free rein to indulge its worst international impulses. We could expect the North to provoke frequent confrontations with South Korea and peddle its nuclear know-how on the international black market without fear of serious reprisals.

It would also represent a strategic defeat for Washington. It would undermine the credibility of the U.S. regional nuclear umbrella, triggering escalating demands from South Korea and Japan that the United States reinforce its security commitment; it might also spur the breakdown of the entire regional nonproliferation regime, as Washington’s allies move to acquire their own nuclear arsenals. All this would be happening at a time when U.S. domestic pressures to cut or redeploy conventional forces abroad would make it difficult or impossible to bolster American defense commitments. It would also seriously aggravate fault lines between the United States and China, particularly if Beijing stands aside as Pyongyang’s nuclear posture grows.

While many experts are concerned about the security of Pakistan’s nuclear arsenal, imagine the dangers of a politically unstable, nuclear-armed North Korea. Those weapons could become pawns in internal power struggles or even used by competing factions against each other. That may seem far-fetched, but because we are unlikely to know whether the North will have taken the proper precautions to prevent this from happening, these dangers would have to be taken seriously.

Certainly, the North has the wherewithal to expand its nuclear program if it’s so inclined. Late last year, Pyongyang revealed a surprisingly sophisticated program that could eventually allow it to produce highly enriched uranium for more bombs. The North is also actively working on increasingly capable missiles at the new modern Dongchang-ri launch facility. News reports on Sunday, July 24, revealed that it had conducted rocket-engine tests late last year for those systems at that site. If North Korea is like any other small nuclear power, its scientists are probably also working on increasingly sophisticated bomb designs; the military establishment has almost certainly made plans for a bigger, more capable, nuclear arsenal.

Kim Jong Il may already have made the decision to expand his nuclear capabilities. And it’s entirely possible that Pyongyang’s diplomatic strategy could simply be a ploy designed to keep the world at bay while his plans move forward. But we have no way of knowing that, and only a concerted diplomatic effort will be able to find out for sure. That will mean being open to agreements, at least in the near future, that fall short of achieving full denuclearization, a negotiating stance that will no doubt be unpopular with a hostile Republican Congress in Washington and with U.S. allies nervous that America will tacitly accept a nuclear North if Pyongyang agrees not to export dangerous technologies.

The first key to successful negotiations will be to keep expectations in check. The initial task in New York and in the subsequent six-party negotiations will be both to rebuild a sufficient political foundation between the countries involved for continued talks and to outline steps to contain the expansion of North Korea’s nuclear forces. On the first count one step would be to arrange for the early resumption of U.S. military missions to recover the remains of Americans missing in action during the Korean War. Pyongyang has already signaled that it is ready to do so. Washington should also push for more dialogue between the two Koreas on a range of political, economic, and other issues, including Pyongyang’s provocations last year.

On the second count, some nuclear steps forward appear to be in reach, if not at the planned U.S.-North Korea meeting this fall, then soon after the resumption of the six-party talks. A temporary moratorium on nuclear weapons and missiles tests would not be a permanent solution, but it could delay the North’s ability to develop more sophisticated weapons. A new package of measures could irreversibly and verifiably end Pyongyang’s plutonium program. We should take the North up on its offer, made in Track II contacts, to ship out of the country its fresh fuel rods—which contain enough plutonium for maybe five to eight bombs—in return for some compensation, such as heavy fuel oil. Add to that the permanent disablement of its only plutonium production reactor, and Pyongyang’s program will have been effectively ended.

The big nuclear elephant in the room, however, will be Pyongyang’s uranium enrichment program, which it claims is only intended to churn out fuel for its new power reactors, but, in reality, is also a front for producing bomb-making material. Moreover, Pyongyang’s plans to increasingly use its own natively designed and built reactors—a prototype is scheduled for completion in 2012—could pose a serious nuclear safety hazard for the entire region. The United States’ first priority should be to seek greater transparency for these programs. During recent Track II meetings, North Koreans said their country might be willing to share more information on its plans with the United States in the context of formal talks with Ambassador Stephen Bosworth, Washington’s special envoy to the region.

But Washington should also be prepared to cut quickly to the chase or Pyongyang might use ongoing talks as cover to continue development of its enrichment program. Because demands from the United States that the North unilaterally suspend or end its programs are likely to fall on deaf ears, any hope of a solution will depend on providing significant incentives to Pyongyang. For example, the North Korean government has signaled in Track II sessions that it might be willing to trash its reactor and enrichment programs if it receives nuclear reactor assistance that could well cost billions of dollars. We don’t know whether that demand is serious, set in stone, or subject to negotiation. But only through sustained, direct—and what will no doubt prove to be politically controversial—diplomacy will we find out.

Having charted a course that will hopefully lead back to talks, Barack Obama’s administration and its allies will now have to address these tough questions. Although getting Pyongyang to give up its handful of bombs should remain the objective, the most pressing problem is stopping further expansion. Finding a way through this thicket will prove difficult and may well be impossible. But decision-makers in Washington, Seoul, and Tokyo don’t have much more room to delay. It’s time that they ask themselves just what they’re willing to do in order to prevent North Korea from becoming an emerging nuclear power.