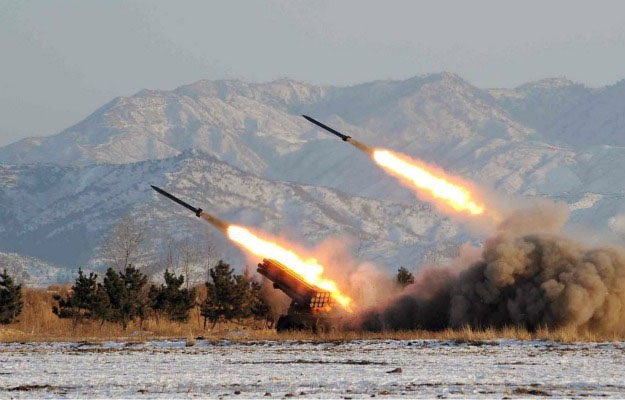 This week’s meeting between U.S. Special Envoy Glyn Davies and North Korean First Vice Foreign Minister Kim Gye Gwan will be the first official encounter between the United States and North Korea since the death of Kim Jong Il two months ago. After endless speculation by the press and experts about the future of North Korea, this meeting will be an important reality check: an opportunity to take the pulse of the new management in Pyongyang, and particularly to discern changes or continuity in its efforts to build weapons of mass destruction.

Even on a good day, of course, we underestimate the difficulties of dealing with North Korea at our peril. Korea specialists are fond of calling it the “land of no good options” (although that is probably true for many foreign-policy challenges facing the United States today). The North remains the poster child for rogue states because of 60 years of bad behavior, including its more recent nuclear and missile tests in 2006 and 2009 and conventional military attacks on South Korea in 2010. If there is anyone who knows that, it’s those of us who have had direct experience dealing with North Koreans at the negotiating table, on the ground, or conducting any other business face-to-face with them.

(I will never forget one of my first visits as a U.S. government official to the Yongbyon nuclear facility in 1996, when I was harangued by a senior North Korean engineer who complained bitterly about the United States and its treatment of his country for what felt like hours. I let him speak his peace, though I considered an equally nasty response that would have made my friends from New York proud. In the end, I responded in true State Department fashion that I would tell my superiors about his concerns and suggested we get down to business. He rapidly shifted gears and our talks were successful.)

At the same time, what is striking about the discourse in Washington these days is that we seem to have bought into myths that make Pyongyang appear 10 feet tall. The most egregious has to do with negotiating with North Korea. For the past three years, the Obama administration has harped on the dangers of talking to the North Koreans, emitting a steady stream of platitudes such as not “buying the same horse twice,” or “talking for talk’s sake” that make it sound like they have taken us to the cleaners more than once in the past.

When I was in the State Department, we use to joke that the North Koreans and the Israelis would be quite a matchup in the “World Series” of negotiators. The North Koreans are tough customers. But a myth-free examination of the past two decades reveals a reality Americans for some reason refuse to recognize — the United States has done very well negotiating with Pyongyang. 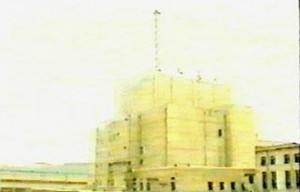 Take the 1994 U.S.-North Korea Agreed Framework that provided for the eventual dismantlement of North Korea’s nuclear program. In return, the North was to receive two new light-water reactors as well as heavy fuel oil. Moreover, because of the better political relationships that followed with the United States, Japan, and South Korea, food and other forms of assistance were provided to the North that might not have been forthcoming under more difficult circumstances. 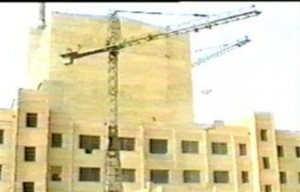 The 1994 agreement has been subjected to a lot of criticism as appeasement of North Korea. But for the people who worked on it, there was one stark reality that almost all the pundits neglect. In 1993, secret American intelligence estimates projected that North Korea could have enough fissile material — plutonium — for a stockpile approaching anywhere from 60-100 nuclear weapons by the year 2000. Unlike the later case of Iraq, those estimates were largely based on satellite photography of Pyongyang’s nuclear facilities, not on information provided by some top-secret source like the infamous “Curveball.” A North Korea armed to the teeth with so many nuclear weapons was viewed, to put it mildly, as a serious threat. 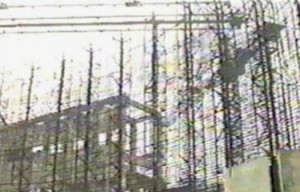 The heart of Pyongyang’s program was three nuclear reactors, along with a football field-long plant intended to separate the plutonium produced from other waste products. The smallest, the five megawatt reactor, was completed in 1986 and could produce enough plutonium for approximately one nuclear bomb every year.  The two much larger facilities were slated for completion during the 1990s — a 50 MW reactor by mid-decade that could produce enough plutonium for 8-10 bombs per year and a 200 MW facility by the end of the decade that seemed intended to produce electricity but might also have churned out bomb-making material.

Fast forward to 2002, when the Agreed Framework collapsed. North Korea was left with enough fissile material for only a handful of nuclear weapons, far short of the original estimates in 1993. Moreover, the North Koreans had not even bothered to maintain some of these important facilities over the lifetime of the agreement. For example, when Siegfried Hecker, the former head of the Los Alamos National Laboratory, visited the 50 MW reactor in 2004, he found the building in a “terrible state of repair” resembling a “deserted structure.” As a result, when the framework collapsed, the North Koreans were left with piles of unsalvageable junk — not the best return on a decades-long effort to build nuclear weapons that cost them billions if not tens of billions of dollars they could scarcely afford. 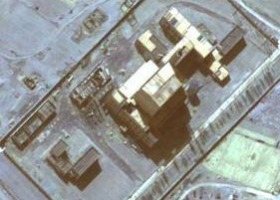 The North Koreans, of course, did get something in return. They received 500,000 metric tons of heavy fuel oil per year for almost eight years as well as other types of indirect assistance provided outside of the framework agreement. But today, their only lasting monuments to that deal are two concrete-filled holes in the ground where the light-water reactors promised them were never completed. That’s no accident: American negotiators were smart enough to structure a step-by-step arrangement. If the North Koreans didn’t perform in meeting our denuclearization demands — and they didn’t — the project would halt. Moreover, almost all of the $2 billion spent on those reactors went to overseas companies, not to the North Koreans.

Which country ended up with the better deal? It’s pretty clear — the United States. Since 2002, the North Koreans have been playing catch-up ball. They have conducted two nuclear tests, produced what little plutonium they could from remaining facilities, and tried to get a uranium enrichment program off the ground. They now have a small arsenal estimated at up to 8 weapons that may gradually grow over the rest of the decade if their program to produce highly enriched uranium progresses. But that’s a far cry from what U.S. intelligence projected for the beginning of this decade and the almost 200 weapons they would have today without the Agreed Framework.

Of course, there are other reasons why the Obama administration has shied away from negotiations with Pyongyang. Aside from North Korea’s bad behavior, Washington has felt a strong need to stick very close to a conservative South Korean ally that, rather than talking to the North, believed pressure and isolation was the best course of action to extract concessions from Pyongyang. That view has proved wrong; Pyongyang has continued down the WMD path and even launched conventional military strikes against the South in 2010. Shying away from negotiations has also protected the administration from the inevitable Republican criticism but has denied us a valuable tool in stopping the North Korean threat.

Nobody is under the illusion that negotiating with Pyongyang is easy. But with the resumption of U.S.-North Korean talks in Beijing, hopefully leading to new sessions of the six-party denuclearization negotiations, Washington needs to put aside its myths. Yes, the United States has to be very careful when it talks to Pyongyang. And yes, there have been instances when our negotiators were not careful enough. But the reality is that diplomacy with North Korea has served American interests well in the past and can do so again in the future.