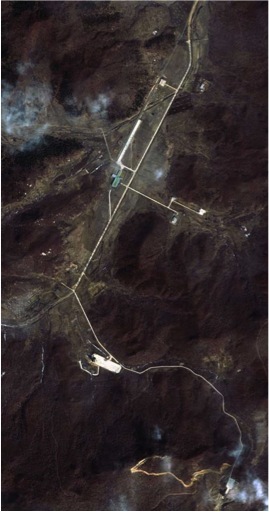 38 North has now identified a mobile radar trailer, not previously present, essential for a launch. A March 28 satellite picture of the entire site appears to show a trailer with a dish antenna—probably a radar tracking system—mounted on top of a ridge mid-way between the launch pad and the rocket engine test stand. It is located at the end of a new dirt road that runs generally west from the entrance.

The presence of the mobile trailer indicates that preparations for the launch are proceeding. During the rocket’s launch phase, radar-tracking data is critical to insure it is on the planned trajectory. Telemetry data from the rocket’s subsystems, such as its engines and guidance system, tell engineers in real time how well the rocket is performing. For the April 5, 2009 Unha-2 launch at the Tonghae launch complex, tracking and telemetry data was fed into the range control center to be analyzed by engineers at eight two-person work stations and displayed on five large, wall-mounted, digital flat screen displays for the VIPs. At Tonghae there are two fixed radar-tracking systems with telemetry antennas mounted on the roof of an adjacent building at the control center. All have line of sight to the launch pad so they can follow the rocket at launch.

There is evidence to suggest that the North Koreans may have planned a similar arrangement for Sohae, but changed their minds. In 2006/2007, the North started construction of two structures—one similar in size to the radar building at Tonghae—on a hill overlooking the launch pad. But construction stopped and the buildings were never completed. (The foundations are now overgrown with vegetation.) The new site—several kilometers away—may reflect a decision to use mobile radar instead of fixed systems.

The March 28 image also shows previously empty, fenced-in areas now filled with rows of what are likely empty fuel and oxidizer tanks. The tanks were apparently dumped in these locations after their contents were transferred to buildings that will directly fuel the first stage of the Unha-3 earlier in the week. The large number of apparently empty tanks indicates that the transfer process may have been close to completion. 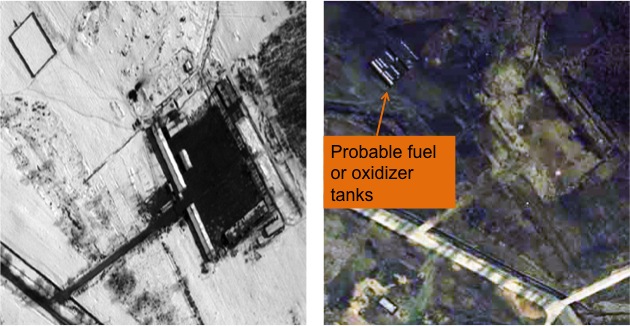 In addition, two support areas located just off the road between the horizontal assembly building and the launch pad, near the empty tanks, have been almost completely razed. Previously thought to be bases for the troops who built the complex, it is possible these buildings were used to store the fuel and oxidizer shipped to the launch site. Over the past week, the tanks appear to have been transferred to the launch pad storage buildings in preparation for the launch. (See “North Korea Begins Launch Pad Preparations for April Rocket Launch.”) The empty tanks were then returned to the fenced-in areas where they are now visible until shipment to a chemical plant. 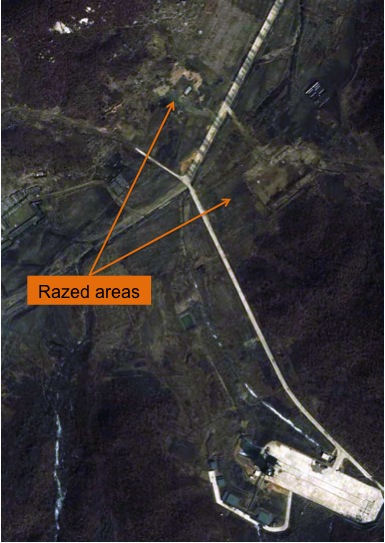 There also appears to be activity near the horizontal launcher assembly building where press reports indicate the stages of the Unha-3 rocket are located. Several trailers and trucks are located near the building, although there is no evidence that the rollout of the first stage, the next likely step, is imminent. (This may have changed in the last few days, but additional imagery has not been available due to cloud cover.)

Figure 7: Activity at the assembly building. 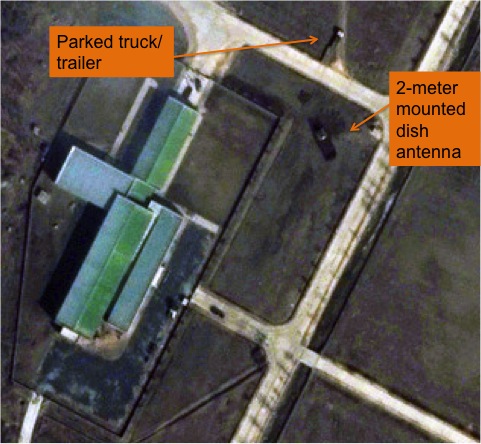 While not long enough to carry the first or second stage, the trailer on the dirt road could transport smaller cargo. A second trailer nearer the building is wider and appears to have a two-meter dish antenna mounted on its roof that may be part of the radar-tracking system required for the launch phase of the Unha-3. (This system has some similarity to the trailer-mounted antenna seen at the new instrumentation location.) It will probably be moved to a new location prior to launch.