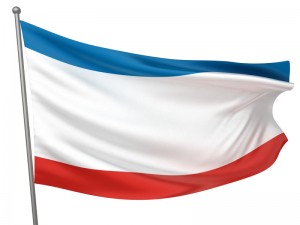 The reunification of Crimea with Russia might have unexpectedly turned a page in modern history, ushering the world into a new era of geopolitical competition. There is little doubt that the West is seeking to contain Russia as a re-emerging global player, using this controversial action as a de facto casus belli (hopefully, just a cold variety of it). This shift in the geopolitical paradigm will surely affect almost all the problem zones in the world, including the Korean peninsula. After all, the Cold War never ended there and the possible reemergence of it would only bring global realities closer to those of the peninsula.

The most immediate loss is probably the drying-up (at least temporarily) of Russian-American cooperation on the North Korean issue. The first sign was the cancellation in early March by the US side of the April Vladivostok meeting of the North-East Asia Cooperation Dialogue (NEACD)—the unique Track 1.5 format uniting scholars and officials including diplomats and defense officials in a private capacity from the Six Party process countries (US, China, Russia, Japan and the two Koreas) sponsored by the University of California, San Diego (UCSD). This forum, in which North Koreans participate regularly (they agreed to come to Vladivostok), has served as a back-channel venue for high-level US-DPRK dialogue in the past. It also has been a de facto substitute for the defunct Six Party Talks, permitting the sides to exchange views and probe the intentions of each other.

The North Korea issue will also hardly top the agenda of Russian-American diplomatic and expert contacts in the near-future. Not that these exchanges have been hyperactive in recent years, but the North Korea issue has been in the “top ten” of the agenda items for bilateral consultations with the United States, including at the summit level. Russia-US dialogue on North Korea served as an important channel for comparing views and working out a joint vision, particularly on issues related to the Six Party Talks. This does not mean Russia was supportive of the US strategy to isolate and eventually dismantle the North Korean regime by seizing the nuclear issue as the most obvious tool. But Moscow shared Washington’s concern about the damage done to the nonproliferation regime by the North, its military provocations (including nuclear tests and missile launches) and its human rights problems.

In the international forum, Russia has let China serve as the chief defender of the DPRK in the UN Security Council and has routinely supported G-8 communiqués and international resolutions condemning Pyongyang. It has also scrupulously implemented international sanctions against the DPRK, causing Pyongyang to condemn Russia for breaching the “good-neighbor” treaty clauses, for example, when the sanctioned items lists were widened, or when almost all Russian banks refused to deal with the North, even on strictly humanitarian projects.

It is true, however, that Russia’s line on preserving the status quo on the Korean peninsula and adherence to political and diplomatic means (so far not very effective) to solve problems with the DPRK on a long-term basis has not resonated well with the majority of US Koreanologists. Nevertheless Russian officials and experts have had the opportunity to share their assessments with US policymakers and experts. It is also necessary to point out that Russians, especially due to their Soviet past and the fact that the DPRK as a state (and its mentality) was born out of a Stalinist model, have developed a unique understanding of the inner processes and psychology of the North Korean elite and broader population, even in the absence of hard data. I believe this knowledge, especially in 1990s and early 2000s, before the start of regular contacts within the Six Party process, might have helped US experts to interpret North Korean interests and intentions. Some useful ideas, including that of the Six Party Talks themselves and the “package deal” (nukes for peace) also originated from Russia.

Hopefully the pause in exchanges, such as the cancellation of the April NEACD meeting, will not last since it is the duty of academics to play a proactive role in helping advance understanding and possible solutions that governments might use. However, it can be predicted that Russians will now be less receptive to US arguments that North Korea should be pressured and isolated as well as denied access to global trade and financial systems because of its nuclear and missile programs. The Ukranian experience of the US going to extremes to oppose what most Russians see as a just cause will weigh heavily on any sincere exchange of views. Furthermore, North Korea’s “nuclear deterrent” theory might seem more justified for Russians now than ever before. In short, Russia, as a member of the Six Party Talks (although the prospects for their renewal are dimmer than ever), the UN Security Council and other international bodies dealing with the North Korea problem, will likely be less inclined to support measures of pressure or sanctions against DPRK.

I doubt, for example, that the next North Korean rocket launch will cause as much indignation in the Kremlin as the last one did in December 2012. After all, many Russian experts even then argued that the ban on all ballistic missile launches, denying the country the possibility of developing its space programs, was rather artificially tied to the sanctions for the nuclear test in UN Security Council Resolution 1718 of October 2006. They argued that this ban was only introduced because of the possible danger of the DPRK ballistic missile program to the US and Japan, while there was no threat to Russia. The next time the controversy over North Korea’s missile program arises, such logic may well play into Pyongyang’s hands.

Of course, further development of North Korea’s nuclear weapons program is unacceptable to Russia. But given current developments in Ukraine, Moscow will press harder than ever for a more measured response, targeting only dangerous DPRK activities, not sanctioning the entire country and its population. I personally doubt the ban on “luxury goods” exports, designed to cause dissatisfaction among North Korea’s elite, was consistent with Russia’s aims at developing dialogue with this same constituency. Moreover, it sometimes resulted in ridiculous episodes like banning pianos or the delivery of embassy cars.

Also, Russia is concerned with what North Koreans are doing at their ‘peaceful’ nuclear facilities, as the safety of the indigenous experimental light water reactor being built now raises many questions. This is a direct environmental challenge to Russia’s Far East and the need for control is obvious. Therefore, Russians feel the need for measured cooperation with North Korea in the nuclear field (of course, in accordance with IAEA standards), especially as it has ample experience in peaceful nuclear energy program development in the DPRK and a ready market.

Therefore, a political decision to increase economic cooperation with the DPRK on more lenient terms may follow. Several high-level economic exchanges with the DPRK are planned for the coming months, starting with the meeting of chairmen of an intergovernmental commission in Pyongyang later this month. The issue is financing since the government has not encouraged investing in North Korea. Given what may be decreased possibilities for Russian businessmen to invest in the West due to differences over Ukraine, they might explore even such exotic markets as North Korea since concerns about possible “punishment” from the US will also decrease. In the past, for example, almost all Russian banks refused to deal with the DPRK—even for humanitarian projects—for fear of being blacklisted by US banks through which the transfers would transit. That may change if the Russian Rouble would be used for bilateral settlements. For example, a Russian company “Mostovik” is planning to invest in North Korean coal deposits and modernize the railroad along the North’s western coast for exporting the coal abroad. The Russian Railways (“RAO ZHD”) state company will also continue its Hasan-Rajin transit cargo project and may expand it. The possibility of modernizing the obsolete North Korean industrial infrastructure, based on Soviet technology, using money from the debt compensation investment fund placed in the North Korean Foreign Trade Bank (about US$ 1.1 billion) is also possible. I do not even rule out the possibility of resuming limited military cooperation between the two countries—even an ally like North Korea is better than none.

A more general consequence with regard to North Korea is the change of perception of US intentions in Russian public opinion and political circles. When General Martin Dempsey, the US Chairman of the Joint Chiefs of Staff, said that he does not exclude the possibility of US military intervention in Ukraine, this suddenly resonated with US threats to North Korea. This type of rhetoric may induce a more sympathetic attitude toward the DPRK among a broader Russian audience. My old warning of the possibility of returning to a confrontation of “continental” and “ocean” powers on the Korean peninsula (a China-Russia-DPRK triangle against a US-Japan-ROK one)[1] may, unfortunately, become more realistic. North Koreans will surely use the opportunity to emphasize their view of the US as “aggressors” to Russian counterparts who would have less reason to oppose such a view. The game on the Korean peninsula might once again become a multilateral “zero-sum” one.

Another consequence is that Russia’s position will probably shift closer to China’s views in the Six Party Talks, losing its sought-after status of an ‘honest broker.’ Regretfully, that will limit Russia’s foreign policy maneuverability in Asia. As the Korean issue is much more important to China than to Russia, I would not be surprised if Moscow would just trade off its unequivocal support for Beijing on Korean matters in return for Chinese support on more vital issues.

These developments will make North Korea even less inclined to make diplomatic concessions. Any chance of denuclearizing the Korean peninsula will move over the horizon as US policy faces new challenges in Northeast Asia.

At the same time, the “strategic partnership” between Russia and South Korea may, for the time being, remain just wishful thinking. Of course, Seoul has disapproved of, although cautiously, Russia’s actions in Crimea. But even before that Russia was offended by the refusal (some people suspect prompted by the US) of President Park to come to the opening ceremony of the Winter Olympics in Sochi. That looked strange not only because South Korea is hosting the next Winter Olympics in Pyeongchang in 2018, but also because the Chinese and Japanese leaders were in attendance. The North’s nominal head of state, Kim Yong Nam, also attended and met with President Putin, even though DPRK athletes had not passed the qualifications and were absent. The hastily arranged ROK Prime Minister’s visit to the closing ceremony helped just marginally. The controversy with Korean figure skater Yuna Kim winning the silver medal instead of the gold also created a negative attitude in Korea, tarnishing Russia’s image.

Given the ROK’s strong alliance commitment to the US, I doubt South Korea will share Russian views on vital international issues. It is unlikely that we will see an upsurge of bilateral political relations or greater understanding by Russia of South Korean priorities with regard to inter-Korean relations in near future. However, the sheer scope of economic relations between the two countries would preclude any real controversy. Also, skillful diplomacy and more exchanges between Russia and South Korea should be initiated to compensate for any negative fallout.

As Russia’s ties with the West will probably suffer as a result of the current political situation, Moscow will have even more reason to “turn to the East” and more actively pursue its policy interests in Asia. It should be noted that Russian experts argue that Northeast Asia is the gateway for Russia into Asia and the Pacific. They see the Korean peninsula as is the key to this region, so its importance to Russia may grow.