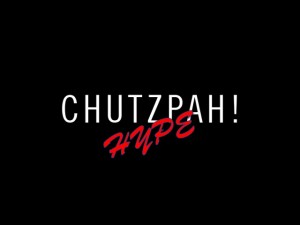 “I thought you had dropped off the planet.” Inspector O did not look up when I walked into the bar and sat down at the small table in a dark corner of the room. He’d been drinking something clear, and nibbling on peanuts.

“Funny,” I said, “I was thinking the same thing. Been busy, have you?”

“Here and there, now and then.” He threw a peanut into his mouth. “Und Ihnen?”

“Last time we met, it was around Christmas.” I thumbed through my pocket calendar. “Are you amazed I don’t use my iPhone to keep track of dates?”

“You don’t have an iPhone. You’re a Luddite.”

“What do you know about Luddites?”

“I know they don’t have iPhones.”

“How about another drink?” I called over the waiter. “Same for him. I’ll just have tea.” O smiled but said nothing, so I continued. “Why are we sitting here, Inspector? This isn’t about nuclear tests, I hope.”

“No, not even close. You have a one track mind, you people.”

I thought about it. “You want to complain about the South’s test launch in March?”

“No, I do not. They can launch whenever they want. It’s a free world.”

“Drones.” He finally looked up from his drink. “Why so much hysteria? You’ve been flying drones for years over other people’s countries. As you have discovered, it is a very efficient way to spy on people. Also to rub them out. Let me guess, you have a special UN Security Council license that let’s you do it, and no one else can.”

“It’s unnerving, that’s all.” I put a lump of sugar in my tea. “Finding drones scattered around all of a sudden, it’s unnerving. The Chinese have drones, but they seem to be more discreet about it.”

“When we insert armed reconnaissance agents into the South by submarine, you don’t like it. OK, fine. That’s unnerving, I grant you. But these are unarmed drones. So what are you trying to say? You can spy on us, but we can’t spy on you, is that the game? What ever happened to ‘Open Skies?’”

It was not really a question so I didn’t bother to answer. To keep things on an even keel, I added another lump of sugar. “Must have been annoying to your military to have some of those drones crash, especially the one that flew over the Blue House.”

“What makes you think it crashed?”

There was a minor silence as I digested this. “I’m supposed to believe it was deliberately sent down so people could see what you had?”

“You believe what you want to believe.” Inspector O leaned towards me. “It certainly got a lot of front pages. Now, your buddies in Seoul have raised it again, a lot of trumpets to announce a lot of fancy research to pinpoint a lot of nothing. Talk about free advertising!” He sat back in his chair. “Here’s the point, in case it isn’t abundantly clear already. We believe you are trying to destroy us. In fact, we know you are.”

“You can’t know that, because it isn’t true.”

“Whatever.” He lifted his glass and examined the contents. “Vodka,” he said.

I decided to follow where he led. “Let me ask you a question. What do you think of Crimea?”

“Cannons to the right of them volleyed and thundered.”

“No, I mean, what do you think about the Russians taking territory like that. Territory that isn’t theirs.”

Inspector O shrugged. “It’s not my patch. Did I ever tell you about the time I took a vacation on the Black Sea? I was in my Chekov phase.”

“You like Chekov? You ever read “The Lady and the Dog?”

“You think I haven’t read Chekov? Think again, pal.” He finished his drink in two swallows and sighed. “At least we might finally have a little peace and quiet for a couple of weeks. You have any more exercises with those goofy names planned? Or can we all just tend to our business? Your last one was called, what? “Max Thunder.” I’m guessing you have a suggestion box in the Pentagon. We’d like to put in our bid for the name of your next exercise: “Minimal Thought.”

“Good. As long as you’re at it, maybe you could find out what are ‘authentic and credible’ negotiations?”

“The opposite of inauthentic ones, I suppose. Why?”

“Someone back home is wondering. I was instructed to ask. We have developed a rule of thumb in Pyongyang. The more adjectives you people attach, the less serious you are.”

“Does that include adverbs?”

“Certainly.” He stood up to leave. “Arguably.” He put on a natty hat and a new coat. I’d never seen him look so polished.

“Going so soon? What’s the hurry, Inspector? Sit for a while, I wanted to hear your thoughts on the Dresden speech.”

But he was already moving toward the door. Just before he disappeared, he turned and gave me a small wave. “Do svidaniya,” he mouthed, and then he was gone.