Since speculation that North Korea was on the verge of conducting its fourth nuclear test in late April 2014, activity at the Punggye-ri Nuclear Test Site has come to a standstill. Recent commercial satellite imagery indicates that there is virtually no activity at either area where North Korea might conduct its next blast, or at the facility that would serve as the main support area for a future test.

The meaning of this diminished activity remains unclear. One possibility is that test site personnel may have completed whatever initial preparations are necessary for conducting a fourth nuclear test once Pyongyang gives the order to test. (That may include finishing excavation of a third nuclear test tunnel that has been under construction at the West Portal area in addition to two already finished at the South Portal area.)

Once the order is given to proceed, based on past limited experience, it would take the North approximately six to eight weeks to conduct a detonation. Whether site personnel could move more quickly if initial preparations were completed this last spring remains uncertain. However, it is likely that a spurt of activity would be observable during the run-up to another detonation. 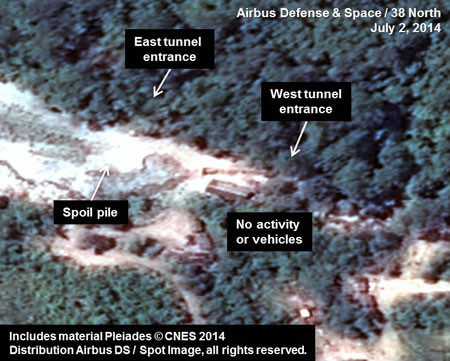 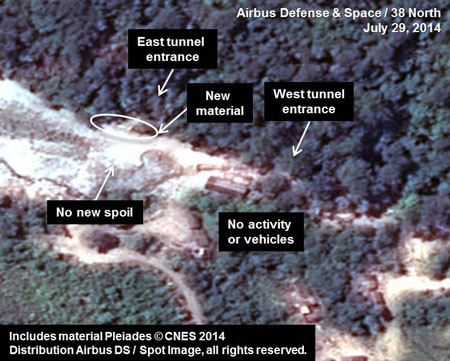 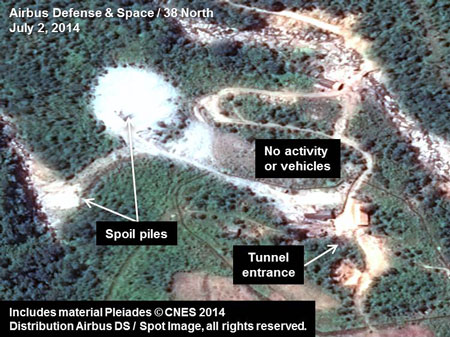 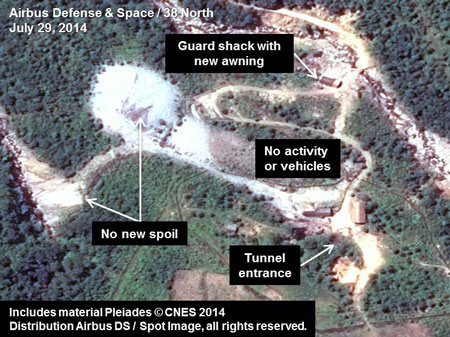 Figure 3. No discernible activity at the Main Support Area. 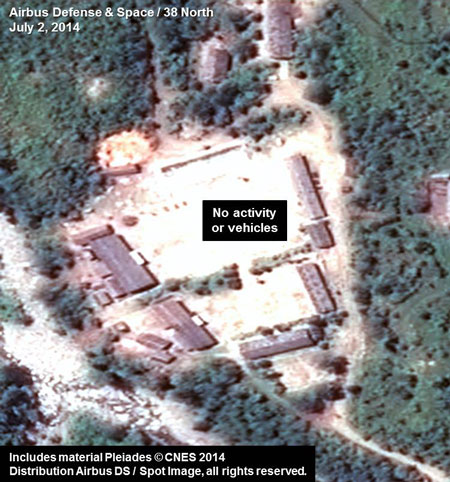 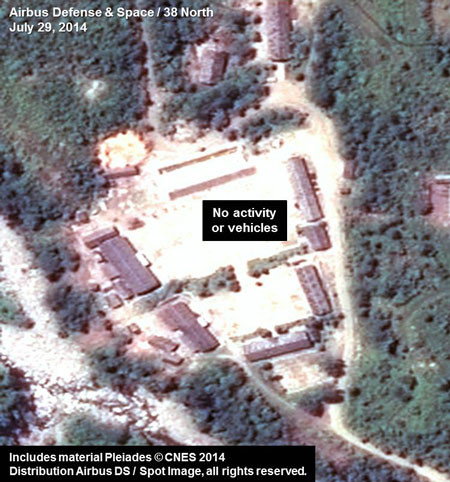