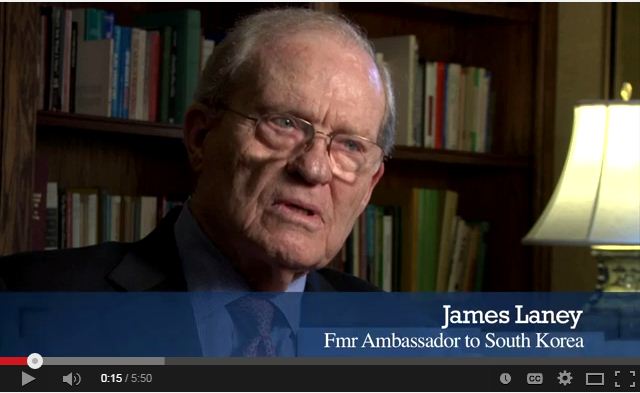 On October 21, 1994, the United States and North Korea signed an agreement–the Agreed Framework–calling upon Pyongyang to denuclearize in exchange for two light water reactors. An international consortium called the Korean Peninsula Energy Development Organization (KEDO) was formed to implement the agreement.

The Agreed Framework ended an 18-month crisis during which North Korea announced its intention to withdraw from the nuclear Nonproliferation Treaty (NPT), under which North Korea committed not to develop nuclear weapons.

On the 20th Anniversary of the signing of the Agreed Framework, 38 North provides an oral history archive with some of the key players leading up to and involved in the negotiation and implementation of this historic agreement. The full series can be viewed at 38 North’s Youtube Channel. Below are some excerpts from the 38 North Agreed Framework oral history series.

Ambassador James Laney: On the Brink of War (1994)

Find more videos on the Agreed Framework here. Or check out our Senior Statesmen Interview series.