In the aftermath of the Third Committee of United Nations General Assembly’s adoption of a resolution condemning the human rights situation in North Korea including encouragement to the Security Council to consider and ICC referral, Pyongyang has responded with threats to conduct a fourth nuclear test. However, according to recent commercial satellite imagery of the Punggye-ri nuclear test site, there are no preparations being made for a detonation in the near future.

After a two-month hiatus in digging to allow completion of a bypass road segment, imagery indicates that excavation of a new tunnel at the West Portal area resumed in September. From October through early December, mining carts have been visible on the spoil pile—which has grown considerably. A drainage ditch also appears to have been dug along the cart tracks, probably to carry away water runoff from melting snow. The purpose may be to prevent erosion of the track bed and collapse of the spoil pile onto the access road below, which would impede continued excavation. 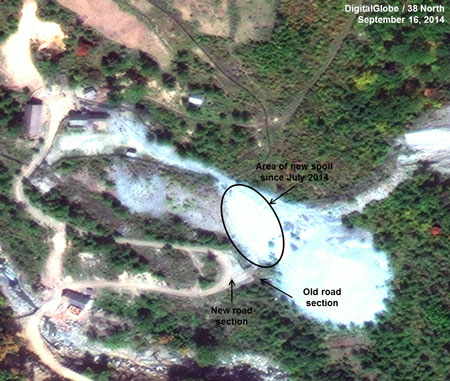 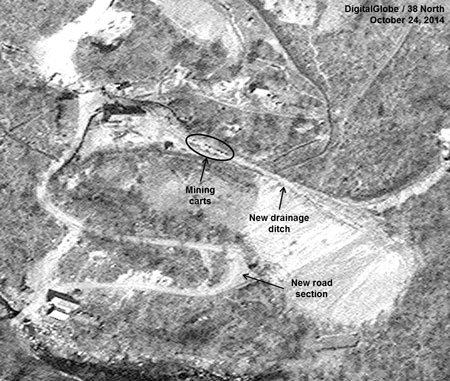 Figure 2. Mining carts and a new drainage ditch seen at the West Portal. 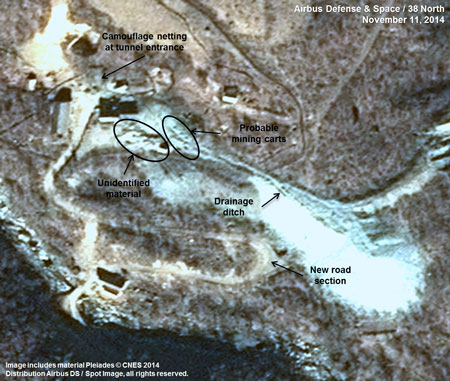 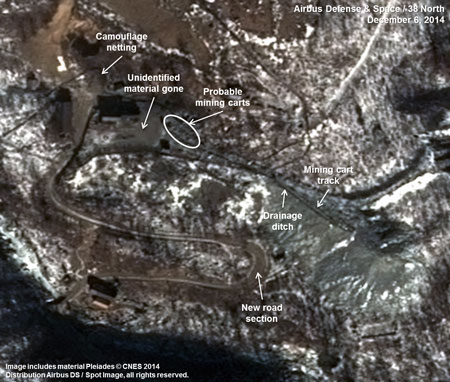 The digging of the new tunnel at the West Portal started in May 2013 and has continued to date. It appears that a considerable amount of spoil has been excavated judging from the footprint of the pile, although its exact volume cannot be accurately estimated. If the pile is larger than previously seen at Punggye-ri and the tunnel dug deeper than others in the past, one possible conclusion is that it may be intended for a future, higher-yield nuclear test.

Because the South Portal area remains in shadows this time of year (since around October), it is impossible to identify any activities in that area. (Imagery from September indicated minor maintenance activity, probably to ensure that the area’s tunnels remain ready to support future tests.)

At the Main Support area, imagery indicates a minimal amount of activity. In December imagery, foot tracks can been seen in the ground frost between the buildings, but there is little evidence of vehicular activity such as tire tracks. 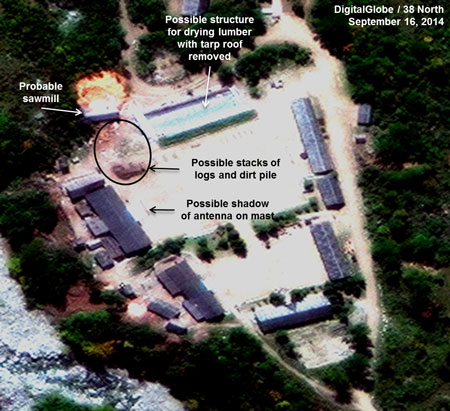 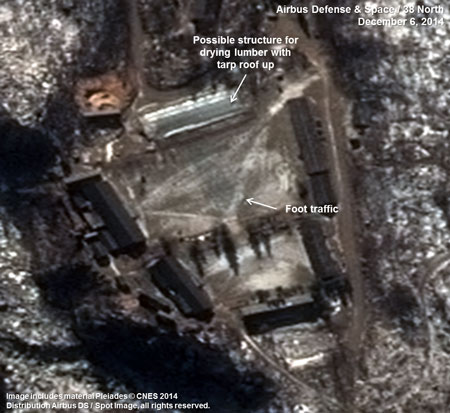 Based on the low-level of activity at the Punggye-ri nuclear test over the past four months, it is unlikely that North Korea will conduct a nuclear test in the next two to three months. (Preparations for the February 2013 test were visible for at least that long in advance.) Work appears focused on maintaining facilities at the site and an overall state of preparedness for the future.