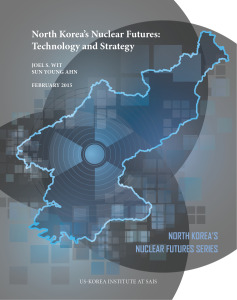 Since the end of the Korean War, the United States has grappled with the security challenge posed by the Democratic People’s Republic of Korea. An increasingly important component of that challenge has been North Korea’s pursuit of nuclear weapons and delivery systems. Pyongyang’s quest has stretched out over decades, representing an enormous investment of manpower, resources and money totaling billions of dollars.

While the international community is generally aware of Pyongyang’s programs, largely through the North’s sporadic conduct of nuclear weapons and long-range rocket tests, little recent attention has been focused on the very significant dangers posed by this effort. The international community and media are focused on heading off Iran’s small nuclear weapons program rather than on the disturbing developments on the Korean peninsula. Another reason for the lack of serious attention is the still prevailing view of North Korea as a starving, backwards and isolated country led by a young inexperienced and somewhat comical dictator. That perception was, to some degree, offset by the recent North Korean cyber-attack on Sony Pictures.

The North Korea Nuclear Futures Project,[1] conducted by the US-Korea Institute at the Johns Hopkins School of Advanced International Studies in cooperation with the Center for the Study of WMD at the National Defense University, was established in mid-2014 to examine Pyongyang’s emergence as a small nuclear power. The project, through a series of three workshops in 2014-2015, will analyze how North Korea’s nuclear deterrent and strategy may develop over the next five years, the implications for the United States, the region and the international community and possible policy responses.

The first of three workshops, held in October 2014 was attended by a distinguished group of American experts on weapons technology, North Korea, US nuclear weapons and strategy as well as on the experiences of other small nuclear powers such as Israel, Pakistan, India and China. The meeting analyzed North Korea’s WMD technology and its emerging nuclear strategy looking at where it might be headed by 2020. Given the uncertainties involved in forecasting the future, the workshop developed a range of possible scenarios over the next five years.

This first report of the North Korea’s Nuclear Futures Project provides a summary of findings from the first meeting.[2] It lays out the baseline knowledge of North Korea’s nuclear and missile programs and provides low-end, medium and high-end projections for the DPRK’s nuclear arsenal and missile capabilities by 2020 and begins to explore the political and security challenges these capabilities could pose both to the region and to the United States.

[1] This publication results from research supported by the Naval Postgraduate School’s Project on Advanced Systems and Concepts for Countering Weapons of Mass Destruction (PASCC) via Assistance Grant/Agreement No. N00244-14-1-0024 awarded by the NAVSUP Fleet Logistics Center San Diego (NAVSUP FLC San Diego). The views expressed in written materials or publications, and/or made by speakers, moderators, and presenters, do not necessarily reflect the official policies of the Naval Postgraduate School nor does mention of trade names, commercial practices, or organizations imply endorsement by the US Government. This North Korea’s Nuclear Futures Series was also made possible by support from the John D. and Catherine T. MacArthur Foundation.

[2] This summary is based on workshop papers authored by David Albright, John Schilling, Joseph Bermudez and Shane Smith that formed the basis for discussion and comment by other experts at the meeting. The project would also like to thank Olli Heinonen, Michael Elleman and Robert Carlin for their contributions to its work.