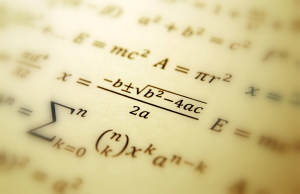 “Inspector! Long time no see!” I spotted Inspector O in the corner of the café where his cryptic message had said we should meet. He sat at a small table covered with papers, hemmed in by books piled on the floor next to his chair. “Shall we move to something in the sun? It’s a beautiful day.”

“Never mind the sun, Church. Sit if you want. Don’t touch the papers. They’re in order.”

I pulled a chair from an adjoining table and sat down. “I thought you were here on vacation? But, no? You are busy, as usual.”

“Not by choice, I assure you.” O craned his neck searching for a waiter. “This is a beastly country, Church. It is too hot. The place is drying up.”

“Well,” I said, “I would not have picked Antelope Valley as a garden spot for our meeting. It was your idea. How did you get a visa? False passport?”

“Never mind that.” He frowned. “Do us a favor and get a waiter, if you can. They ignore me. A couple of bottles of beer would do us fine.”

After I ordered, O worked vigorously on his pages of calculations. “Damn,” he said, and then again, “Damn.”

“Something important?” I reached for a page covered with numbers, but O snatched it away.

“Yes, a calculus book. It isn’t easy. Orders from the top.” O pointed toward the ceiling. “They think they are onto something big, but they need it double checked.”

“And they’ve asked you?”

“Oh, great mystery of life, eh Church? Little old me, indeed. They think because I know you, I must have some insights. Ha!”

“But what does that have to do with calculus? Since when do you know anything about math?” I felt a wave of unease pass over me as I asked the question.

O didn’t answer, so we sat silently, both drinking beer and staring off into space. Finally, I concluded he had changed his mind about wanting a meeting. That was fine with me. I had friends nearby, and if I left immediately, I could be there before dinner. I moved to stand up, but O quickly motioned me back down again.

“Don’t run off, Church. We still have business to conduct. I’m thinking how to raise the issue, that’s all. Well, let’s start at the beginning. First of all, there is a question I’m supposed to ask you.” He rummaged around in a gym bag that sat next on the floor next to his chair, at last removing a small notebook from which he tore a page. “Ah, here. What is the meaning of this phrase?” He handed it to me.

It was only one sentence, and I read it quickly. “I suppose it means what it says: If what you’re doing doesn’t work for 50 years, it’s time to try something new. In other words…”

O waved aside my explanation. “Your president said it so that caught people’s attention in Pyongyang. They want to know, does this apply if what you’re doing hasn’t worked for 60 years instead of 50? After the extra 10 years, is it still time to try something new?”

I did some quick subtraction. A light dawned. “You can’t apply it literally to everything,” I said.

“Let me get this straight.” O furrowed his brow, which was a sure sign he had prepared a skewer. “If what you’re doing for half a century or more doesn’t work, you can keep doing it depending on what? Is there a rule of thumb not immediately apparent?”

“One size doesn’t fit all, Inspector,” I said lamely.

“Perfect! Brilliant!” He shouted, so that the patrons at the bar all looked up from their drinks. A couple of them glanced around at us. O ignored them and continued. “Actually, the theorem might read as follows: When what you’re doing doesn’t work for 50 years, it’s time to try something new. Corollary one: Though only if it’s convenient, otherwise best to keep doing the same thing even though it might not work for the next 50 years any better than it did for the last fifty.” He finished his beer and banged the glass on the table. “Do I have that right?” His smile was unpleasantly tight.

“How about another beer, Inspector?” I could see he was getting more agitated by the minute. One of the larger patrons at the bar looked to be ready to come over and ask us to pipe down, which I knew would lead things in the wrong direction given O’s frame of mind.

“Another beer? Sure, why not?” O smiled again, and this time his eyes danced. “Don’t worry, Church, I’m not turning off my reservations.”

“The phrase is ‘going off the reservation,’ and I’m not actually sure it’s correct to use anymore.”

A waiter appeared at my shoulder. “We’d rather people enjoy themselves and let others do the same.” He fixed Inspector O with a mean stare. “Would you care to order something else?”

“Another beer for my friend,” I said. “I’ll have the same.” When the waiter had left, I pointed to the papers O was pulling together and stuffing into a folder. “You said you were writing. May I inquire about what?”

“I told you, it’s calculus. My people are convinced there must be a special form of calculus that you use. Someone in Pyongyang has labeled it EC.”

“Expedient calculus. Other people say no, it’s a form of differential calculus. It applies differently, depending.”

“I hesitate to ask.”

“No, really, it’s a serious question. I’m sure you figured it out easily so let’s move on. What is one-quarter of 1.5 million?”

“You said that. I get the point. And that other number?”

“The other number? 200,000? You say that’s the number in what you call prison camps. You have a lot of numbers you use. But you don’t actually know. You’re guessing. But let’s say it’s a good guess. Let’s just say that, for the sake of argument.”

O poured my beer. “I don’t. You do. Good. Mud in your eye.” He took a long drink and then put the cold glass against his cheek. “OK, here is where the calculus comes in. It’s moral calculus. You people put enormous emphasis on the 200,000, or whatever the number is. Let’s say it’s more. Let’s say it’s less. Doesn’t matter. You are concerned.”

“You pass laws. You fulminate. You threaten, you cajole, you gesticulate.”

“Don’t hurt yourself reaching for words.”

“But the children?” O leaned across the table. “You don’t care.”

“Of course we care.”

“Ah, wait.” He took one of the pieces of paper from the pile and scribbled some numbers. “All right, you care. I revise the equation just so!” He held up the calculation for me to see. “You care. And so you do what?”

“Well, we don’t actually do anything.”

O frowned, erased what he’d written and wrote down more numbers. “You don’t act, in other words. You are enormously rich. You are powerful beyond measure. But these children, early victims of the drought and maybe the ones who will suffer the most, they mean nothing.”

“Church!” O brought his fist down on the table. “They are children! We are not talking who is responsible. Responsibility is a snake that slithers this way and that in the grass. The question is of morality. Is it moral that you should act so vigorously for the 200,000 and leave even one child to die?”

“How so? What is the calculus? That’s all I want to know? What is the calculus by which you reach these morally bankrupt calculations? Your country used to contribute as a matter of course. It was a good policy, it was the moral high ground, and it was effective. What happened, Church? Where is that compass?”

“Children, Church! These are children. And you are what? Gods? You pick and choose where to direct your holy attention?”

“Now, hold on. Don’t you read our statements, our expressions of concern for the people of your country?”

O was gathering his papers and stuffing them in the gym bag. He took one last swallow of beer and then pushed back his chair. “If crocodile tears were nourishing, farmers would be out of business. As usual, you illuminate for me what is otherwise lost in the shadows, Church. I’ll send you a copy of my book. I think it will be sold on that river thing.”

“It’s not a river,” I called after him, but he was already disappearing out the door.