Recent commercial satellite imagery of North Korea’s Sohae Satellite Launching Station (“Tongchang-ri”) indicates that the fourth launch of a long-range space launch vehicle (SLV), while still possible, is unlikely on or before October 10, the 70th anniversary of the Workers’ Party of Korea (WPK). Despite speculation by the international media, there are no signs at the launch pad or the Sohae facility of preparations to launch an SLV. Moreover, in a September 22 CNN interview (updated on September 23), North Korean space scientists stated that it is “very wrong” to “think that we are about to launch a satellite on a particular festival day, on a particular anniversary or on a major holiday” given the difficult scientific challenges of space exploration. 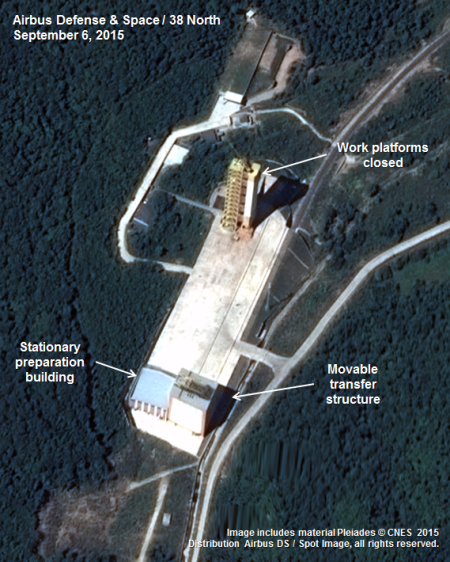 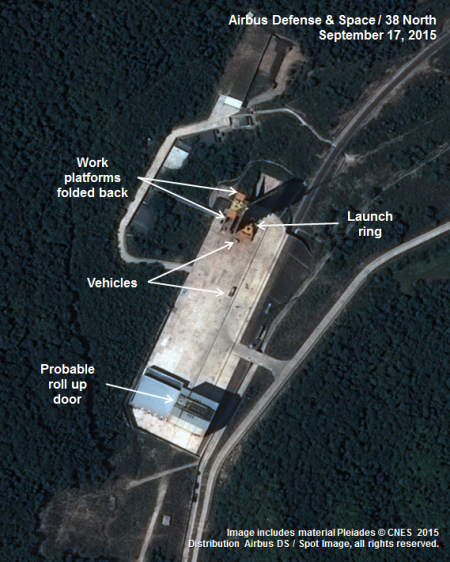 Figure 2. Work platforms are closed, with cover replaced only on top segments.

There has also been speculation that the North may be planning to launch a long-range missile with military applications because it has recently completed construction programs—including an underground rail spur leading to the launch pad from the main rail station as well as a shed at that station covering the tracks—intended to conceal preparations. While that remains a possibility, equally or more likely is that these measures were taken to complicate the efforts of outsiders to observe any activities at the Sohae facility including preparations for satellite launches. 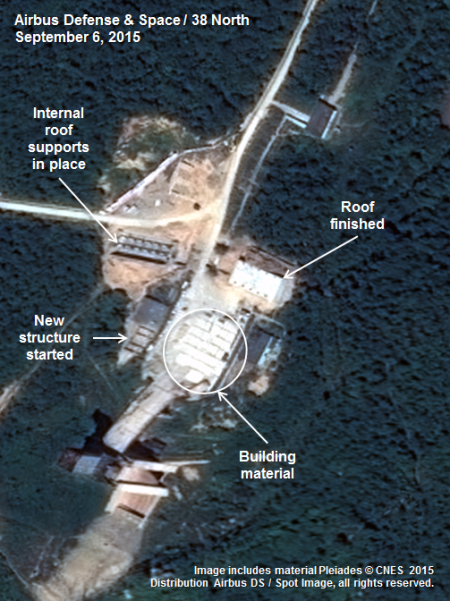 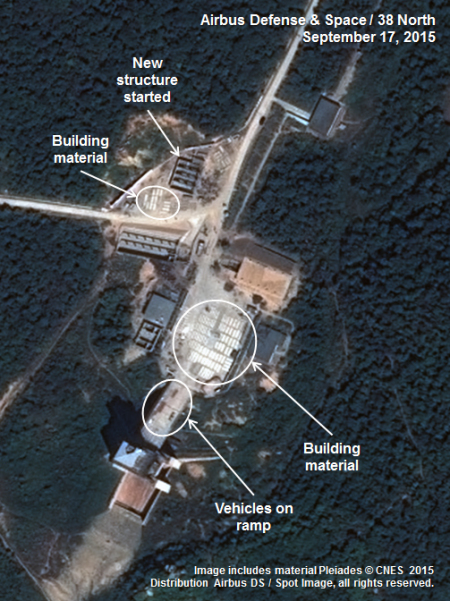 The most recent imagery indicates the addition of a fourth  new building under construction. The southeast fuel/oxidizer building in now being partially covered with earth. Activity is also noted on the test stand structure itself and a roof-like structure covers most of the top of the stand. This activity suggests that they are commiting themselves to develop the capability to test large rocket engines in the future.