Recent commercial satellite imagery from September 26 and 27, 2015 confirms 38 North’s previous assessment that a long-range rocket launch at North Korea’s Sohae Satellite Launching Station is unlikely before or on October 10.

Commercial satellite imagery indicates that the North Koreans have once again closed the gantry service structure/environmental cover making it impossible to determine whether a rocket is present underneath. Nevertheless, there is little or no activity at the launch pad with just one vehicle present which is much lower than would be expected if a launch were to occur in the next week. 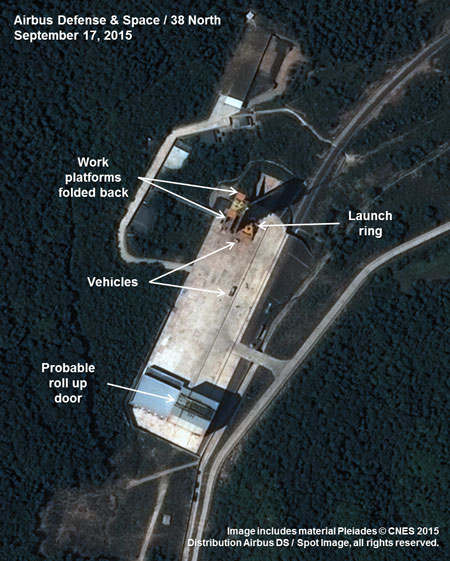 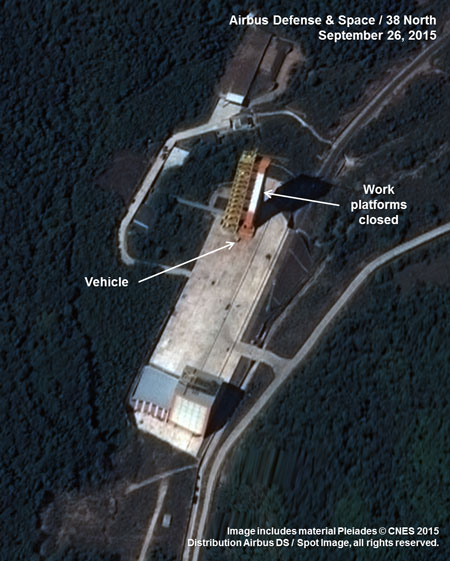 The images also show two vehicles near one of the main first stage fuel and oxidizer buildings. The level of activity is low compared to past preparations when there was significant traffic in these areas. Tanker or flatbed trucks delivered fuel/oxidizer tanks that were offloaded outside the buildings and later hauled away prior to the fueling of the rocket. Moreover, rather than launch preparations, these vehicles may be related to excavation activity across the road, the purpose of which remains unclear.

Figure 2. Minimal activity at the fuel and oxidizer storage buildings. 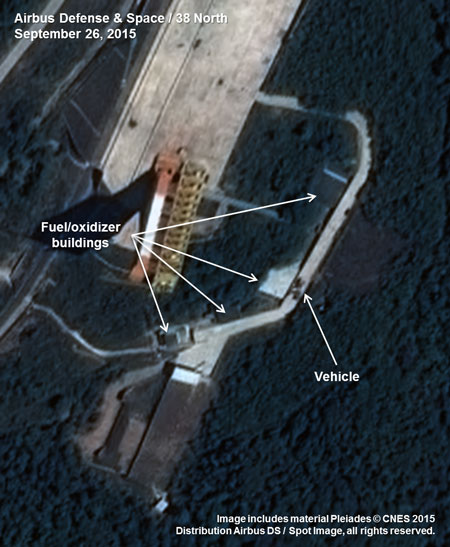 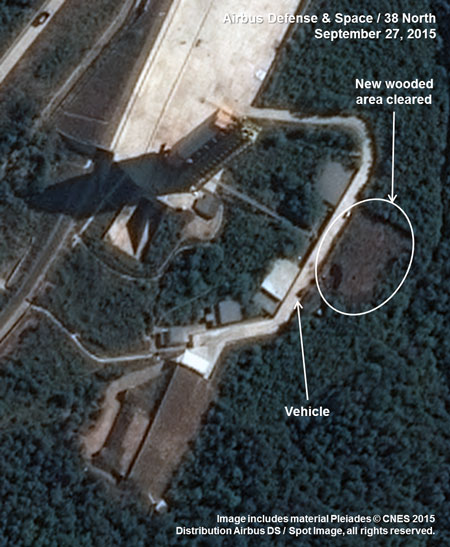 While a launch from Sohae on or before the October 10 anniversary appears unlikely, we would note that the North Koreans may be undertaking activities out of view of commercial satellites and at night when they cannot be observed, which could be launch related. Moreover, a launch is certainly feasible during the last few weeks of October and beyond.

The construction of new buildings at the Engine Test Stand, probably intended to allow the testing of larger rocket engines in the future, continues to make significant progress. By September 27, roofs have been installed on three of four new structures. 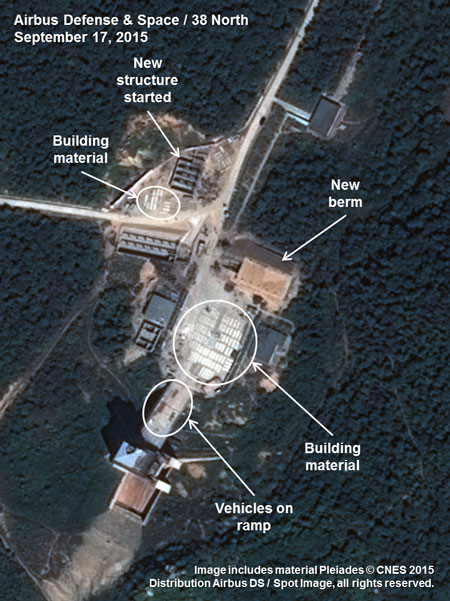 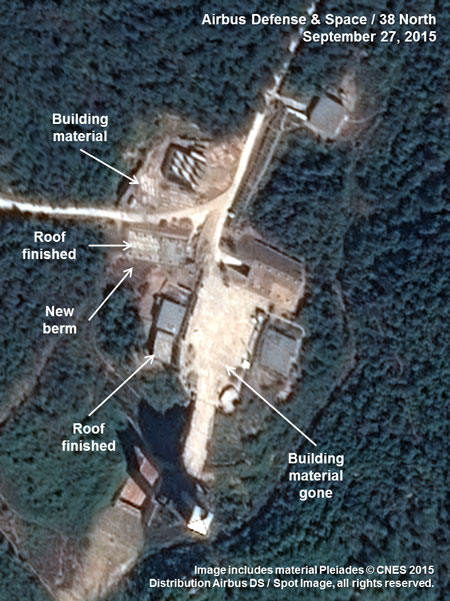 Moreover, an earthen berm has been completed at the first new building and another is being built around the walls of the second building that has been under construction. Both are partially buried. The berms confirm that these two buildings will contain fuel and oxidizer for rocket engine tests since they would mitigate damage from any explosions.

A key issue is whether the new buildings will support the testing of new rocket engine designs that use more energetic propellants with both civilian and military applications. (For example, such engines would be a key component in the development of long-range missiles and heavier-lift space launch vehicles). The berms could mean that these structures are intended to contain highly volatile explosive substances associated with these more energetic fuels. On the other hand, they may be an added precaution since the buildings will store larger quantities of existing fuels and oxidizers. They may also be the beginning of a program designed to conceal or harden these facilities. In short, at this point in the construction program, it is difficult to provide a definitive answer.