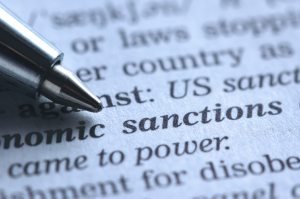 For much of the past decade since North Korea first tested a nuclear device, there has been a debate over whether and how much to apply sanctions pressure on North Korea and those who do business with it. This debate has centered on views arrayed along two axes: 1) the degree to which North Korea can be influenced via sanctions; and 2) the degree to which painful sanctions pressure can even be applied to it. There is widespread acknowledgment now, from the halls of Congress to the State Department to the United Nations, that existing pressure has not yielded the right result.

On January 28, 2016, the Senate Foreign Relations Committee offered its unanimous view that a sanctions approach can be an effective component of a national strategy to confront North Korea’s nuclear program; it decided to move a bipartisan bill on the subject to the Senate’s floor—known formally as the North Korea Sanctions and Policy Enhancement Act of 2016—that is intended to do just that. The Senate voted in favor of the bill on February 10, 2016, which will now go into conference along with a previously passed House draft. The bill itself builds on existing US sanctions, imposed via Executive Orders issued by Presidents George W. Bush and Barack Obama, as well as UN Security Council resolutions adopted under both presidents. But, it takes these sanctions farther in three notable respects:

Taken altogether, these sanctions would—in a normal economy—be a profound threat and could prompt real policy change on the part of their target. Many of these ideas are rooted in the panoply of sanctions imposed against Iran from 1996-2013, which arguably had their desired effect on the Iranian economy and, in time, decision-making in that they forced the Iranian leadership to seek a diplomatic accommodation for international concerns with its nuclear program.

From the Iran experience, let me offer three thoughts that ought to borne in mind by those now seeking to harness lightning a second time.

First, though the sanctions measures that would be threatened under this bill augment the pressure that could be felt by their targets, this bill has not solved the fundamental problem with all US sanctions that seek to affect foreign business with foreigners: the foreigners have to want to follow US sanctions. Sanctions advocates stress that the leverage created by a real threat of sanctions penalties is sufficient motivation for most businesses and banks. And, they are often right. When the Obama administration demonstrated seriousness on its threat to impose unilateral sanctions in 2010—particularly as relates to oil and gas investment sanctions that had lain dormant from their inception in 1996—companies exited Iran. It is possible that such threats could now have the same effect for the few still willing to do business with North Korea.

But, the adoption of a sanctions bill does not itself achieve results. Certainly, as critics have suggested, the US government has to demonstrate that it will follow up on the sanctions threat through action in order for it to be feared. However, even when the US government acts, there is no guarantee of success in actually stopping the bad conduct, which is, after all, the point of the sanctions in the first place.

Take, for example, the case of Bank of Kunlun in China. It was found to have engaged in sanctionable conduct in 2012 related to its business with Iran and, in turn, had its ability to hold banking relationships with the United States severed. And, it is very likely that this designation has impaired the growth and success of the Bank. However, it is not the case that the designation ruined the Bank altogether—its 2014 Annual Statement suggests that it remains a profitable institution—and it may not be the case that the sanctions ended the Bank’s involvement with Iran in illicit activities, according to press reports. But, having now been subjected to the worst sanctions penalty the United States has in its arsenal—a severing of banking privileges—Bank of Kunlun is difficult to re-sanction with any effect.

The same thing could take place with respect to any Chinese or other banks the US government might seek to sanction using its existing authorities and those contained in this new bill. Sanctions leverage only works if its target fears the sanctions threat and responds accordingly, or agrees that the underlying bad acts merit ending an existing relationship. This does not work if a target either has nothing to lose (because it has no link to the United States) or because it does not believe the sanctions will be imposed. If a sanctions target refuses to cooperate, then the sanctioner is faced with two choices: double down on the imposition of penalties, finding new targets that are linked with the original intransigent party; or accept that sanctions have gone as far as they can in that case. Sometimes, the United States has shown readiness to expand the reach of its sanctions. In other cases, however, the United States has shown more caution, fearing the economic and political consequences of taking its sanctions effort too far.

It is here that any new North Korea sanctions endeavor will potentially founder: how far to push North Korea’s trading and financial partners, most of whom are Chinese. The United States may be prepared to have some amount of economic and political contretemps with China over North Korea, but it is doubtful that any but the most myopic of sanctions advocates would be prepared to sacrifice US-China relations on the altar of North Korea sanctions, and there are many different issues that require US and Chinese engagement. Of course, the hope is that a combination of US unilateral threats, diplomatic cajolery and China’s own frustration with North Korea will result in a more cooperative Chinese approach, preferably embodied first in a new UN Security Council resolution imposing tough measures. But, this is not a given and the possibility that US unilateral pressure leads to a different Chinese mentality merits careful consideration on the part of sanctions advocates and North Korea hawks.

Second, North Korea’s own mentality bears mention. It is a truism now that North Korea is not like any other country, nor is its economy like any others. The North Korean leadership has shown a staggering lack of care for its population and it is doubtful that mere pressure on the North Korean economy would translate into a strategic rethink. A wholesale assault on the North Korean economy might. But, it is just as possible that the North Korean government would interpret such moves as a signal that, far from needing to change its approach, more nuclear weapons are urgently needed to deter the threat of regime change. The consequences of taking North Korean paranoia further down this path is a key consideration for any sanctions approach that the United States could pursue, particularly if it were to create a “use it or lose it” mindset among some in the hierarchy.

Overall, sanctions should not be seen in this context as the easier path out of this current crisis or a low risk way of managing the North Koreans. They could just as easily precipitate a worsening crisis. We had similar concerns while approaching the Iran sanctions file, but also understood that—at a fundamental level—the Iranian government feared the possibility of national revolt and domestic turmoil. Whether this stemmed from an appreciation of what average Iranians might go through or because, as revolutionaries themselves, they can spot the signs and wished to avoid having their reign toppled, Iran’s leaders responded to the sanctions in time by seeking a diplomatic outcome that came with Iranian concessions.

Third, assuming that enhanced sanctions actually do prompt a North Korean rethink of their nuclear program, it bears mention that a diplomatic resolution of this crisis may not involve the full denuclearization of North Korea or resolution of concerns surrounding the North Korean missile program. True, the North Koreans did agree in the 2005 Joint Statement to abandon their nuclear weapons and existing nuclear programs. But they did not agree to forego their NPT rights altogether and insisted that the statement reflect this sentiment and include the sentence: “The other parties expressed their respect and agreed to discuss, at an appropriate time, the subject of the provision of light water reactor to the D.P.R.K.” Moreover, the statement did not address North Korean ballistic missile activities whatsoever. It is unlikely that, after 11 years, North Korea’s insistence on maintaining both a nuclear program and ballistic missiles will have softened. As such, it is unreasonable to assume that negotiations will achieve such an end game, even with tough new sanctions to provide negotiators leverage. Just as with Iran, any diplomatic outcome will probably require US concessions and compromises in order to prove sustainable. There should be recognition across the political spectrum and branches of government of this reality now so that, if diplomacy is eventually successful, its requirements will not be seen as a surprise.

In the end, the most striking similarity between the Iranian and North Korean sanctions cases might be that, even should negotiations ultimately find a resolution to the crisis on the Korean peninsula with the aid of sanctions pressure, there will be many in Washington who will feel that the deal reached is insufficient.