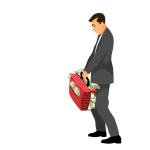 Over the coming months, North Korean diplomats and businesspeople will work with their counterparts abroad to test and solve problems caused by the new constraints of UN Security Council Resolution (UNSCR) 2270[1] and a recently enacted US sanctions law. Moving money and goods to and from the DPRK will become more difficult, but it will certainly not be impossible. While the new restrictions will close more doors to North Korean businesses, the DPRK and its people are used to operating on the fringes and in the shadows of global capitalism. In short, the resolution, and the new independent US sanctions will only nudge the country further into the murky, hidden corners of the world economy. Ultimately, the relationship between Beijing and Pyongyang will determine how difficult things become.

Washington and Beijing took their time to craft the new UN resolution,[2] and the finished language appears to incorporate a number of tough penalties. However, North Korea has a solid track record of weathering punitive UNSC measures. The 15-nation body responded to North Korean nuclear and rocket testing between 2006 and 2013 by issuing four sanctions resolutions, none of which substantially curbed Pyongyang’s aspirations on either front. The last of these resolutions focused more than previous iterations on financial countermeasures, but it still left considerable wiggle room for Member States to determine how they managed financial services for North Koreans.[3]

Crucial gaps remain, though: foreign banks can maintain offices and accounts in North Korea that already exist, unless evidence emerges that they are supporting sanctioned activity. China undoubtedly intended the new resolution to punish North Korea and demonstrate Chinese displeasure with Pyongyang. Even so, Beijing probably expects a high degree of “business as usual” in the DPRK’s financial sector, as far as yuan-based business is concerned.

And New US Financial Sanctions…

Washington, for its part, acted on several tough legislative options to restrict North Korea’s international financial activities. The North Korea Sanctions and Policy Enhancement Act, which President Obama signed into law on February 18, takes aim at several channels for conducting business with the country. [4] In part, it empowers the president to target facilitators of North Korean “cash smuggling,” seen in the large quantities of hard currency routinely ferried to Pyongyang onboard Air Koryo’s “Bank of Samsonite.” Businesspeople have more typically looked to bank transfers as a safer and faster alternative to cash,[5] but these transactions may come under threat by the US law’s separate call for the president to designate North Korea as a “jurisdiction of primary money laundering concern.”[6]

Making this designation under Section 311 of the USA Patriot Act would enable US administrations to clamp down harder on US dollar transactions by North Korean banks and to more aggressively target companies and other entities that trade with the DPRK by threatening to cut them off from dollar trading.[7] So while UNSCR 2270 restricts what DPRK bankers can do abroad, the US could independently go after foreign bankers and companies who deal with North Korea to decrease the options for North Korean businesses.

These US actions will further increase the already high risks for foreigners interested in doing business in North Korea, but they will not be game-changing. North Koreans have learned to navigate through considerable restrictions imposed since 2005, when the US Treasury Department adopted its landmark sanctions on Banco Delta Asia. The evasive tactics that the DPRK has developed over the last decade speak to a key shortcoming of Washington’s increasingly aggressive approach: it can only succeed to the extent that North Korea’s neighbors—as well as traders, bankers and regimes around in the world—are willing to cooperate.

Consider that North Koreans regularly skirt financial restrictions by using informal money transfers to banks in China. To send money from North Korea to China, an entrepreneur need only contact either a bank in Pyongyang with agents in China or a Chinese financier with unofficial representatives in Pyongyang. The businessperson hands cash to a broker, that middleman takes a commission, and the money then shows up in a Chinese bank account with no formal record of origin. This payment system gives Chinese traders and investors a substantial advantage in North Korea over potential foreign competitors from third countries, who find it relatively hard to conduct business with the DPRK by similar means.

If—and that’s a big if—Beijing closes some of these channels, North Koreans will seek to replace them with interlocutors in Russia, Southeast Asia or Africa. However, China is unlikely to close such channels anytime soon because its motivations for ignoring them, thus far, remain fundamentally unchanged. First, it still fears that placing too much pressure on North Korea could lead to instability that would be far more difficult to manage than the current security situation, even with its associated nuclear test and satellite launch which are a source of periodic frustration to Chinese officials.[8] Furthermore, Beijing hopes that a resolution of the Korean question will eventually emerge through the DPRK’s increased economic integration with the region.[9] Finally, as China’s economic growth has slowed and international markets have grown volatile, Beijing has become less interested in harming its own northeast. It has poured considerable resources into developing the region in the last decade, and while northeastern China is hardly dependent on the DPRK, clamping down on trade and investment would certainly hurt key cities such as Dandong and Shenyang.

Beyond Beijing and Washington

Meanwhile, the international backlash caused by DPRK’s recent nuclear and space activities will kill (or at least significantly delay) any prospect for Russian or South Korean investment in North Korean infrastructure, by providing the political justification for the ROK government to take unilateral actions, as we have seen with the closure of Kaesong Industrial Complex. This also ensures that an eventual counterweight to Chinese patronage is unlikely to emerge.[10]

Perhaps most notably, South Korean investors are no longer likely to purchase a stake in a $300 million Russia-DPRK joint venture that has already refurbished a rail line and pier in the Rason Special Economic Zone. Recent sentiment in Seoul suggested that South Korean investment in the project was likely, despite a slow, cautious approach by potential funders.[11] South Korean companies and politicians had begun to grow uncomfortable at how much economic influence they had ceded to China since South Korean sanctions banned new investment after the 2010 sinking of the ROK naval ship, Cheonan. A big investment in Rason, the thinking went, would signal willingness within Park Geun-hye’s administration to explore a program of exemptions from the 2010 sanctions, spurring South Korean corporations to begin seeking opportunities in the North.

Moscow had hoped that Rason could provide a template for other projects in the DPRK and, indeed, Moscow carved out exemptions for transshipment of coal through the Rajin port in the final version of the UN resolution. Yet after Pyongyang’s most recent provocations and Seoul’s subsequent closure of the Kaesong Industrial Complex, it appears impossible for any major new investment in Rason to get approval. At the very least, some kind of multi-year interlude will be necessary before the project can proceed—tensions and provocations are forgotten over time, after all. By the time the fourth nuclear test has faded from memory, President Park will be almost out of office, if not gone already, and the likelihood of new South Korean investment will then hinge on her successor’s approach to the North.

A few marginal segments of the Russian financial sector may benefit modestly from the new sanctions if Pyongyang tries to use smaller Russian banks to move money in lieu of Chinese financiers. While Russia’s own levels of trade and investment with North Korea are fairly small, Moscow allows North Koreans to conduct transactions in rubles and has long sought to act as an honest broker for major inter-Korean projects in the North. It has attempted to solicit South Korean funds to support the DPRK’s infrastructure needs, particularly its struggling rail network. North Korean companies have been allowed to open accounts in Russian banks since 2014, and as of that same year, Russian and DPRK entities could directly pay one another via Russia’s OAO AKB Regional Development Bank and the DPRK’s Foreign Trade Bank.[12] It is unclear, however, how Russian banks and other financiers will adjust to UNSCR 2270.

The new UN and US sanctions appear likely to make it more difficult for North Korean companies and their counterparts abroad to do business without stopping their operations entirely. However, North Korea has well developed coping mechanisms and its businesses are used to operating under challenging conditions; they will act to survive under the new restrictions and adjust to the “new normal.”

More physical cash will likely have to be carried across borders. Russian financiers may assume a greater role as facilitators of North Korean trade, even as major Russian interests appear harmed by UNSCR 2270. Overall, though, the new sanctions will further strengthen China’s hand in the region by helping to diminish investment from elsewhere in the DPRK. It will be choices made in Beijing that will determine the extent of UNSCR 2270’s impact. Indeed, the amount of pain the North Koreans endure will depend very much on how they manage that bilateral relationship in the next year or so.

Should Beijing decide to squeeze Pyongyang and the DPRK economy does significantly slow, we may see Kim Jong Un turn away from using the economy and quality of life as the linchpins of his personal brand. Should that happen, Pyongyang will turn to what it knows: military first, austerity and struggle.

[2] Despite US and Chinese agreement on the new UN resolution, an exchange between Secretary of State John Kerry and Foreign Minister Wang Yi hinted at a persistent gap between their countries’ positions on North Korea. In late January, Kerry publically pushed for sterner Chinese actions while Wang, regarding China’s position, rejected “groundless speculations and misinterpretations on its stance.” See David Brunnstrom and Megha Rajagopalan, “U.S., China agree on need for new U.N. measure on North Korea,” Reuters, January 29, 2017, http://www.reuters.com/article/us-china-usa-kerry-idUSKCN0V509V.

[3] Specifically, UNSCR 2087 allowed Member States to decide by what standard they judged North Korean entities to be potentially involved in the DPRK’s nuclear program.

[5] Hard currency is more commonly relied upon by relatively transparent institutions such as international NGOs and intergovernmental organizations, which now have to bring most of their North Korea budgets to the country in cash as a result of sanctions already in force.

[6] President Obama may take action on this issue regardless of what comes his way from Capitol Hill.

[8] While China has shown some willingness to penalize Pyongyang, Beijing has not shown interest in cutting off its ally altogether. In 2013, for example, China’s major banks followed Bank of China’s lead in severing ties with North Korea’s Foreign Trade Bank; Beijing hasn’t forced all financial institutions to follow suit, however.

[10] One problem that constantly bedevils North Korean businesspeople is poor infrastructure. Factories do not get enough electricity and transportation of goods can be arduous. Major infrastructure upgrades in capital-scarce countries almost always involve the support of major development banks, but such institutions are uninterested in working with Pyongyang, to put it mildly.

[11] In 2014 and 2015, representatives from POSCO, Hyundai Merchant Marine Company, Korail Corporation and the South Korean government observed three test shipments of Russian coal through the port.

[12] In the author’s late 2015 discussions with academics and businesspeople in Yanbian, a Chinese prefecture that borders the North, it was claimed that a small amount of China-DPRK trade now takes place via Russia. The ease of payment between North Korea and Russia would explain why some business entities may conduct trade along this indirect route, even though the Russian currency lacks the yuan’s global reach.