During a military parade in 2010, a mockup of a new North Korean ballistic missile was driven through Pyongyang on a transporter-erector-launcher (TEL). This missile has since been called by many names depending on the public source: North Korean labels correspond to “Hwasong-10,” stories speculating about sales refer to the “BM-25” and US sources frequently refer to it as a “Musudan.” Superficially, the missile looks like a lengthened version of the Soviet R-27 Zyb/SS-N-6 “Serb,” a retired submarine-launched ballistic missile (SLBM) with a listed range of 2,400 to 2,500 km.

The first eight known Musudan flights took place in 2016, and all but one failed with the missile exploding on takeoff or shortly thereafter. After the single successful flight in June, Japanese sources said the missile reached an altitude of over 1,000 km before impacting approximately 400 km from the launch point; the DPRK claimed an apogee of 1,413 km.[1] If the latter figure is accurate, the Musudan’s demonstrated ground range indicates it could theoretically reach targets within 3,200 km on a minimum-energy trajectory.[2] Published estimates of the maximum range for the Musudan span 2,500 to 4,000 km (sufficient to reach Guam) with asserted payloads between 1,000 kg and 1,250 kg.[3]

Yet such assertions are difficult to corroborate with the weapon’s visual characteristics. Parade mockups have traits inconsistent with viable missiles capable of carrying warheads and additional engineering and analytic constraints arise from KCNA photos such as Figure 1. The following assessment of the Musudan’s ground range, conducted via computer simulation, attempts to address such limitations by considering properties of the weapon’s fuel and oxidizer, its dead-weight mass fractions (weight other than warhead and expended propellant), its engine’s effectiveness and its drag and payload.

The findings indicate that the Musudan’s design departures from the Soviet R-27 have reduced the missile’s performance in every meaningful criterion. For every payload mass, the Musudan has a shorter range than the R-27, placing Guam out of reach. Innate stability losses due to the “stretch” likely make the missile less accurate with substantially decreased reliability. As such, despite having a longer range than the Nodong, the Musudan does not clearly change the nature of the North’s missile threat to either US or Japanese targets. The stretch of the R-27 design may have been a political objective to convey a perception of threat, but the only significant change is that the Musudan brings Taiwan and most of mainland China under threat. Still, it does show that North Korea can adapt some of the R-27 technology, which has implications for Pyongyang’s ability to develop longer-range multistage missiles, such as a potential militarized version of the Unha satellite launch vehicle.

In our simulation, the Musudan’s parameters were derived from the visually similar Soviet R-27. However, the R-27 represents a level of design optimization in structures and engine tuning for controlled environments (i.e. a handling canister or submarine launch tube), thus its mass fraction and the propellants used were a result of that handling environment. Despite shape similarities, due to launching from a TEL from unprepared locations, the Musudan must address harsher handling environments than the R-27 would ever encounter.

The plume coloration and morphology in Musudan launch photos indicate the use of amine fuel, and we expect that similarity to the R-27 is preserved by use of Unsymmetrical Dimethyl Hydrazine (UDMH) fuel. As a baseline, this parametric study assumes that the Musudan uses inhibited fuming red nitric acid (IFRNA) oxidizer. An excursion considers the possibility that the North Korean missile uses dinitrogen tetroxide (N2O4) like the R-27, in case North Korea provided environmental controls to address the N2O4’s stringent storage and handling requirements.[4]

Figure 2. General arrangement of the R-27 and Musudan missiles, with dimensions based on photographs/schematic drawings. The scale was determined by assuming a diameter of 1.5 m.

Photographs show that the Musudan’s tanks are longer than R-27 tanks. Rivet patterns suggest a ribbed structure between tanks, indicating an inter-tank section with two bulkheads similar to the first stage of the Unha-3 satellite launch vehicle.[6] A Musudan missile with no re-entry vehicle appeared in a recent photograph of Kim Jong Un, showing the top of the oxidizer tank as a shallow dome.[7] Knowing the complete tank shape, it becomes possible to estimate the Musudan’s oxidizer mass. This process begins by adding and subtracting appropriate volumes to and from the R-27 tank volume, using the estimated dimensions in Figure 2. Multiplying the result by the IFRNA density (1,510 kg per cubic meter) and by 0.93[8] yields the Musudan’s rough oxidizer mass.

Assuming an unchanged flow rate through the rocket engine injectors when substituting IFRNA for N2O4, the mixing ratio remains unchanged and we can calculate the propellant mass and burn time for the Musudan. This mixing ratio is lower than the optimum for IFRNA/UDMH, slightly reducing the fuel-rich propellant’s specific impulse—one measure of its efficiency. Depending on the mixing ratio, the combustion chamber pressure and the expansion ratio of the nozzle, a given propellant combination can give a wide variety of values for the specific impulse. The specific impulse values for the R-27 were chosen such that its range with a payload is close to 2,500 km. Specific impulse values estimated for IFRNA/UDMH in the Musudan are appropriately smaller. We assume that 98 percent of the propellant in both missiles is usable.

Unlike the R-27 and the Musudan mockups paraded in 2010, the missile launched in June 2016 was fitted with a set of eight grid fins, similar to those on retired Soviet ballistic missiles such as the SS-21 “Scarab.” These increase drag. Our simulations used two different profiles of the modeled Musudan drag-coefficient as a function of the Mach number; these profiles, which appear in Figure 3, consider the effect of the new fins.

Figure 3. Estimated Musudan drag coefficients as a function of Mach-number, with and without grid fins.

The Musudan’s empty booster mass, excluding unused propellant and the re-entry vehicle, referred to as “dead-weight mass fraction” completes our estimate of the missile’s parameters. This portion accounts for 10 percent of the fueled booster mass of the R-27 and 13 percent on the Nodong,[9] but the value for the Musudan is unclear in light of its different construction. The missile’s lengthened tank may help to decrease its dead-weight mass fraction, but the dead weight mass fraction increases from structures necessary to accommodate fueled horizontal transport and the inter-tank section. The Soviets used exceptionally light and corrosion-resistant aluminum isogrid to form the critical tankage structure; we presume that the Musudan employs the DPRK’s proven aluminum-magnesium alloy sheet and reinforcing ribs, like the Unha-3 tank. Accordingly, we treat the dead-weight mass fraction as a free parameter, using 10 percent as the baseline.

Complete parameter sets for the R-27 and the baseline Musudan are listed in Table 1. The trajectory simulations were done using a model that employs 3-degrees of freedom.[10]

Table 1. Parameters of the R-27 and derived parameters for the baseline Musudan.[11] 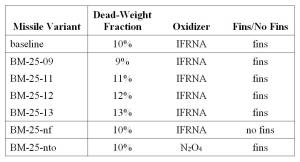 Figure 4. Maximum altitude on lofted trajectories over a distance of 400 km as a function of the payload.

Figure 4 shows the missile’s simulated results for lofted trajectories over a distance of 400 km, similar to the June launch, with payloads between 150 kg (an empty heat shield) and 650 kg (a re-entry vehicle equivalent in mass to an R-27 payload). The launch was conducted from Wonsan on North Korea’s east coast, and the initial heading was 70 degrees, producing trajectories over the Sea of Japan. Even with an empty front end, a Musudan with a 12 percent dead-weight mass fraction can barely reach an altitude of 1,000 km. Lengthening the original R-27 design reduced stability because the center of pressure moved forward more than the center of gravity. Reducing the payload also reduces stability, as it causes the center of gravity to move even further aft. This performance deficit drives to lower structural mass (limiting fueled mobility) and resulting stability issues explain the need for grid fins to induce drag at the rear of the vehicle. Only models using N2O4 or a 9 percent dead-weight fraction can get close to the DPRK claimed 1,413 km apogee.

Figure 5. Missile range as a function of the payload.

Figure 5 shows the simulated maximum range as a function of the payload mass. With a  payload, the baseline model can fly up to 2,110 km. Reducing the dead-weight fraction to under 10 percent, removing the grid fins or using the original propellant mixture all increase the range; but all modeled Musudan ranges are significantly less than the capability of a “stock” Soviet R-27.

This series of simulations parametrically explored design aspects of the Musudan both observed in photos of the flight vehicle and deduced from handling environments. “Stretching” an R-27 shape has not improved its military characteristics (payload at range), as the North Korean design has moved away from the Soviet weapon’s thrust-mass optimization and specialized handling. The simulations indicate that the Musudan’s successful June launch most likely had a near-zero payload. The simulations also indicate minimal design margins and significant dynamic challenges in application to military payloads (as seen in the seven catastrophic failures in flight). Figure 6 uses this data to show the area that the baseline missile, with a 10 percent dead-weight mass fraction and a 650 kg payload, can cover when launched from Wonsan. The Musudan baseline model falls more than 1,200 km short of the range necessary to reach Guam.

Figure 6. Area covered by the baseline Musudan when launched from Wonsan.

The Musudan, despite its longer range, does not clearly change the nature of the DPRK missile threat to either US or Japanese targets. The existing arsenal of R-17 (Scud) derived missiles or scaled Scud technology in the Nodong already threatens all of South Korea and most of Japan. The Musudan’s ‘stretch’ of the R-27 design may have been a political objective to convey a perception of threat. The significant change, as seen in Figure 6, is that the Musudan brings Taiwan and most of the Chinese mainland under threat. However, it also shows that North Korea can adapt some of the technology of the R-27. This demonstrated adaptation has consequences for Pyongyang’s development of longer-range multistage missiles, such as a potential militarized version of the Unha satellite launch vehicle.

[4] In its pure form, N2O4 freezes at -11ºC, the mean low temperature in January for Pyongyang. It boils at 21ºC, which is below the mean temperatures from May through September. See: World Meteorological Organization, “World Weather Information Service – Pyongyang,” http://worldweather.wmo.int/en/city.html?cityId=230.

[8] This number accounts for design features that are probably consistent between the Musudan and the R-27. Estimating the R-27’s oxidizer volume with its total propellant mass yields a figure that is 93 percent of the oxidizer volume calculated using the tank dimensions, which is reasonable because the latter estimate accounts neither for tank-wall thickness nor the volume used for pipes, strengtheners and a second bulkhead. Furthermore, it is common practice to leave up to 5 percent of the tank empty, to allow propellant to expand.

[10] For details of the model see: Ralph Savelsberg, “An Analysis of North Korea’s Satellite Launches.” Journal of Military Studies 4 (2013): 49-67. The current version uses an improved pitch program and compensations for back-pressure effects to address nozzle optimization for the flight profile.

[11] The R-27 parameters are from Schmucker and Schiller, with correction for nozzle optimization.