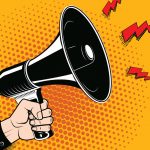 38 North has already published a follow-up to the groundbreaking (no pun intended) analysis by Frank Pabian and David Coblentz on North Korea’s Punggye-ri nuclear test site, which revealed its potential for additional testing with significantly higher yields. However, the South Korean press continues to print articles suggesting that the authors were predicting that the next North Korean nuclear test would be 14 times more powerful than its last detonation. So let us repeat one more time, this time with feeling: the analysis concluded that the Punggye-ri Nuclear Test Site, contrary to previous assertions, could support nuclear tests up to 282 kilotons. It did not say the next test would be 282 kilotons.

Now comes the astounding claim by Thae Yong-ho, former deputy ambassador at the North Korean Embassy in London, about a future nuclear test. During an interview with Voice of America that has been widely covered by the South Korean press, he stated that a North Korean nuclear test could divide the country in half, and cause widespread contamination that could potentially reach China and result in mass defections. Thae’s background is in diplomacy, but it is clear that he is not an expert on nuclear testing. Contrary to his statements, these are the facts as related by the real experts we know.

First, right off the bat, he is basing his conclusion on misleading news coverage stating that North Korea is planning a test of 282 kilotons. In fact, we believe that if the North Koreans following the testing patterns of other countries, the next tests—whenever they happen—will be progressively larger, but still in the tens of kilotons. We would also hasten to add that it is impossible to predict with any certainty, and this is also true for provocations based on statistical data – those prognostications have proven wrong more often than right.

Second, the North Koreans have a tendency to over bury their tests, so it is highly unlikely that there will be a breach of any kind. But even if there were a breach and release of radioactive particles, the site is near the coast and the prevailing winds off-shore do not blow inland to China as well as to the rest of North Korea.

Given the seriousness of this subject, it is essential that the media enhance rather than detract from the pubic debate. Sorry Mr. Thae, but perhaps an introductory course at MIT is in order?