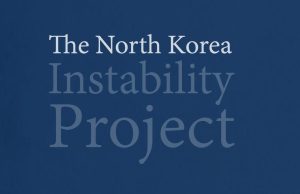 North Korea’s reporting of its first confirmed case of COVID-19, along with reports that hundreds of thousands have feverish symptoms, raises serious concerns about how the country will cope with the pandemic. With its fragile public health system, a general lack of medicines, equipment (like respirators), and vaccines, Kim Jong Un has a serious challenge on his hands—one that could turn devastating if not well managed.

In 2017, 38 North published a series of reports that examined key issues and concerns that would stem from instability in North Korea. Given the times, we are reissuing the following reports from that series.

“North Korea, Weapons of Mass Destruction and Instability: Strategic Issues for Managing Crisis and Reducing Risks,” by Rebecca K. C. Hersman. All too often discussions of instability, insurgency and regime collapse are used interchangeably to describe the catalyst of a potential weapons of mass destruction (WMD) crisis in North Korea. In fact, these are related, but discreet phenomena with critical distinctions that need to be made when considering related WMD risks. This paper considers a range of scenarios of how crisis may occur—whether through a sudden crisis event or a slow developing over time—to determine where challenges and opportunities for international response differ and where they remain constant.

“Assessing the Risk of Regime Change in North Korea,” by Paul B. Stares. This paper explores important questions about the prospects for regime change and its putative benefits. How might it occur, and what seems to be the most likely scenario? What are the potential consequences and results? Can we assume that the preferred outcomes will be realized?

“Insurgency in the DPRK? Post-regime Insurgency in Comparative Perspective” by Austin Long. Instability in the DPRK could have many sources, ranging from internal political strife to a global pandemic. Regardless of origin, instability could lead to the collapse of the regime, which could in turn open the door to potential civil war inside the DPRK as well as resistance to an intervention seeking to reunify the Korean peninsula. This paper uses a comparative approach to assess the likelihood of a serious insurgency and/or civil violence in the DPRK following a hypothetical collapse of the state.