Reports originating from South Korean and US sources indicate that at 7:00 AM (local time) on March 22, North Korea failed in an attempt to launch a ballistic missile. These reports stated that “North Korea fired one missile from an area near the Wonsan Air Base this morning but it’s presumed to have failed…” and that the missile “…appears to have exploded within seconds of launch.”[1]

The type of missile was not released, but the Kalma Ballistic Missile Launch Site—adjacent to the Kalma International Airport (formerly known as the “Wonsan Airbase”)—is where North Korea conducted multiple tests of its Musudan (Hwasong-10/KN-07) intermediate-range ballistic missile (IRBM) in 2016. The reporting on this failed test was slower to come out and more ambiguous than normal, with no additional information provided subsequently.

No commercial satellite imagery of the area is available from the day of the attempted test, but an image from March 28 shows evidence of a massive 110-meters-in-diameter irregular circular explosion scar on the secondary runway leading to the Kalma Ballistic Missile Launch Site. While we cannot be certain, it is highly probable that this explosion scar represents the announced missile launch failure, as it did not appear in imagery from March 19.

Figure 1. The Kalma International Airport in the days before and after the reported failed missile test. 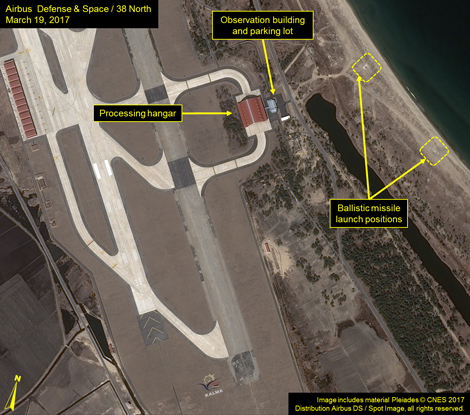 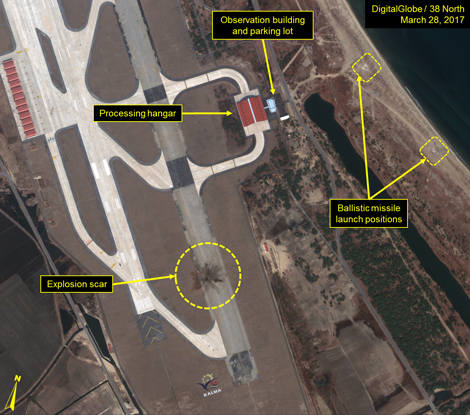 Figure 2. Close-up of the explosion scar. 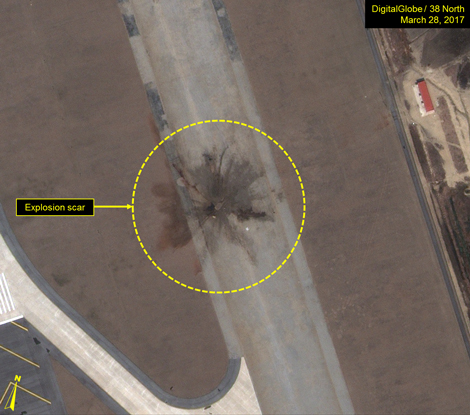 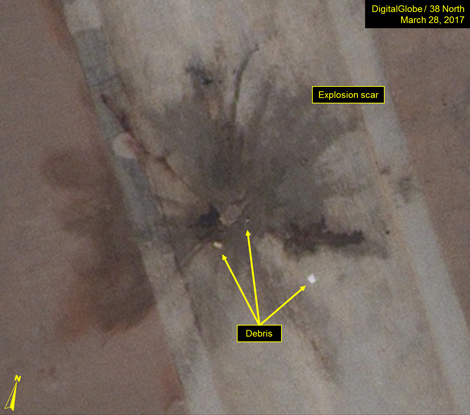 The missile was likely either being transported to the nearby processing building (and then onto launch positions on the beach), or being raised for launch, when it suffered a catastrophic failure. The primary reasoning behind this assessment includes:

Figure 3. The processing building where Musudan and associated TELs have been prepped for previous tests.

There is very little evidence of debris at or around the site, suggesting that a sizeable cleanup effort was undertaken immediately after the explosion. While no significant activity is seen at the processing building, small groupings of equipment or supplies are noted at the beach launch positions on March 28.

Though unconfirmed, previous use of this area for Musudan testing, as well as the large circular explosion scar near the processing building and launch positions, suggest that this failed test was for further Musudan development.

Figure 5. Little debris left at the launch positions, only some equipment or supplies. 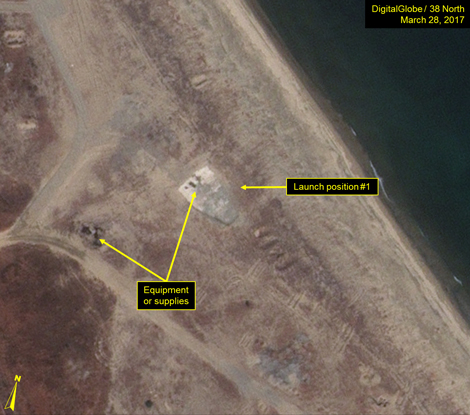 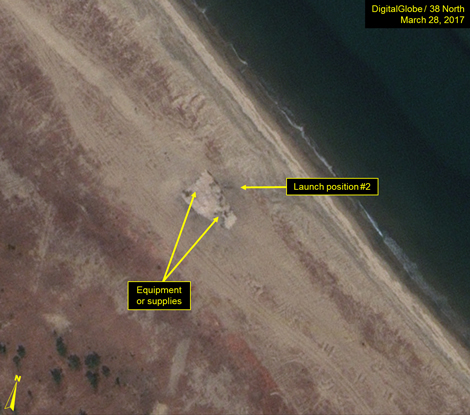