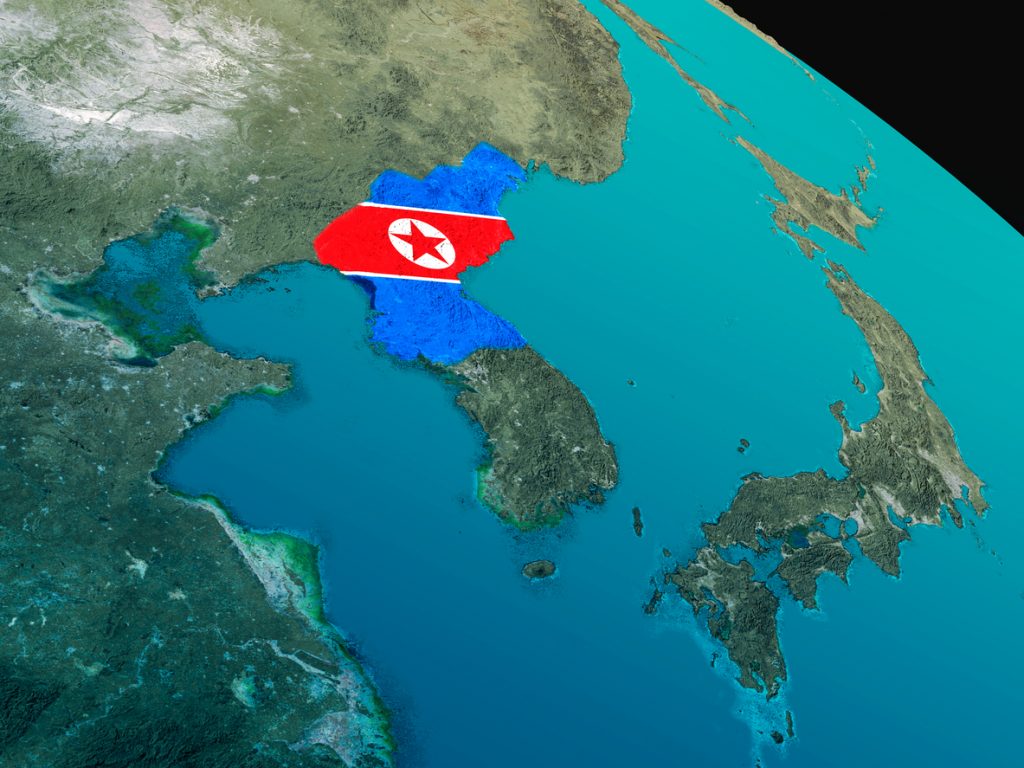 North Korea’s external relations provide an important, if sometimes clouded, window into the country. While Pyongyang has not published detailed economic data for decades, mirror statistics from its trading partners provide insight into the state of North Korea’s economy. Data on North Koreans legally entering China provides indicators on the extent and nature of cross-border economics. Furthermore, the continued presence of about four dozen North Korean embassies abroad belies the assumption that the DPRK is diplomatically isolated.

While there are several valuable sources of data available on North Korea’s international presence, they are often plagued by problems of accessibility or interpretation. Some of the best data compilations, published by South Korean organizations, are not available in English.[1] Mirror trade statistics, despite their value to North Korea watchers, need to be handled carefully to account for errors and omissions.[2]

To remedy the situation, the National Committee on North Korea and the East-West Center have recently launched a new website, North Korea in the World, to collect and curate a range of data on North Korea’s external economic and diplomatic relations. This pilot project is intended to be a resource for researchers, journalists, policymakers and the general public, and will be updated on a regular basis with new features and up-to-date data. A few findings from the data stick out, and signal directions in which more in-depth research could be taken.

The most important long-term trend in the DPRK’s foreign trade patterns has been the extensive growth of trade between North Korea and China. According to KOTRA data, China accounted for about one third of North Korea’s annual total merchandise trade volume in the early 2000s, excluding inter-Korean trade. For the past five years, however, China has accounted for about 90 percent of total reported international (non-inter-Korean) trade with the DPRK. While the growth of China-North Korea trade in absolute terms accounts for most of this change, North Korea’s trade with non-China trading partners has also declined significantly.

Countries other than China and South Korea accounted for roughly $1.5 billion in North Korea’s annual merchandise trade from 2000 to 2005, but this figure has declined to a total of $540 million in 2015. Japanese trade sanctions imposed in the mid-2000s are a major reason for this drop—Japan was North Korea’s second-largest trading partner for much of the 1990s and early 2000s. European trade with North Korea has also undergone a long-term decline during this period, likely due to a combination of sanctions and a growing reputational risk of doing business with North Korea. North Korea’s trade with Thailand, an important regional trading partner, also dropped off considerably in the late 2000s. Definitive long-term patterns in DPRK trade with other major secondary trading partners (such as Russia or India) are somewhat harder to discern due to year-to-year volatility, but also show a generally downward trend.

Still, China’s widely-cited 90 percent share of North Korean merchandise trade may be a bit misleading. Prior to the shutdown of the Kaesong Industrial Complex in February 2016, inter-Korean trade (mostly consisting of raw materials or intermediate goods being sent to Kaesong, and value-added goods being shipped out) constituted a significant proportion—approximately 30 percent in 2015—of North Korea’s total merchandise trade. A sizeable proportion of Sino-DPRK trade-flows appears to involve China acting only as an intermediary for third-country exports bound for North Korea, or for North Korean goods being sold internationally. Examples might include luxury goods bound for North Korea, or North Korean-produced textiles equipped with “Made-in-China” labels and exported to China for global resale. As China generally does not publish trade data concerning re-exports or re-imports, it would be difficult to estimate the extent of this phenomenon without greater in-depth research.

Finally, based on the reported figures, the merchandise trade data reveals a continuing North Korean trade deficit: North Korea’s reported 2015 imports exceeded exports by 16 percent, or about $660 million. Given the stability of the black market exchange rate for the past few years, and the unlikelihood that Pyongyang could cover this gap through commercial debt markets, this leads to the conclusion that North Korea is paying for its imports through means that are unreported in official merchandise trade statistics: exporting services (such as sending workers abroad), engaging in arms sales or other illicit activities, receiving investments or importing goods on noncommercial terms (i.e., receiving aid or trade subsidies). While the export gap was smaller in 2015 than previous years, it remains another important point of investigation and analysis.

The data and analysis in the North Korea and the World project goes deeper than these macro-economic trade flows. Sectoral data and composition of trade have had their own impact on North Korea policy among the international community. Sectoral sanctions imposed by UN Security Council Resolutions 2270 and 2321 have focused global attention on North Korea’s mineral exports, a major source of revenue for Pyongyang. Together, the UN resolutions put a hard cap on the amount of coal that North Korea can export for “livelihood purposes,” limiting it to 7.5 million metric tons or about $400 million per year; prohibited the export of minerals such as copper, nickel and gold; and placed an uncapped “livelihoods” restriction iron ore exports. Mirror trade statistics can demonstrate North Korea’s past earnings from exporting these various minerals, and may continue to be a major indicator of the enforcement of these sectoral sanctions—barring intentional noncompliance or misreporting on the part of North Korea’s major trade partners.

Beyond tracking the impact and enforcement of sanctions, this sectoral import and export data provide some insight into growth sectors of the DPRK economy—data on North Korea’s textile trade, in particular, shows how relatively dynamic this sector has been in recent years. North Korea’s exports of garments and apparel[3] to China increased fourfold from 2010 to 2015, reaching a peak volume of $800 million last year. North Korean imports of textile fibers and fabrics from China have also increased over this period (though at a slower pace), demonstrating growing cross-border integration and an increasing export orientation in the North Korean garment sector.

Intriguingly, this sector began to grow after post-Cheonan sanctions ended inter-Korean processing-on-commission trade, of which textiles were a large segment. While North Korea’s textile industry has been a growth sector in its own right, this shift also appears to reflect a clear realignment of a sector of the North Korean economy to China in the wake of trade sanctions being imposed.[4]

Data on the growing number of North Koreans legally travelling to China to work or do business illustrates a further aspect of North Korea’s economic integration with China. According to data from the China National Tourism Administration, the number of North Koreans entering China has increased over 60 percent, from 116,382 in 2010 to 188,300 in 2015. This excludes the tens of thousands of undocumented North Koreans living in China, or traveling covertly back and forth across the border. While there are challenges to interpreting this entry data, it is a valuable and often under-utilized source for understanding relations between these two countries.

Chinese entry data for North Koreans is broken down into categories based on age, gender, mode of transport and purpose of travel. Roughly half of the North Koreans legally entering China in recent years were recorded as “workers and crew,” with the remainder mostly entering either for business or in the ambiguous “other” category. In contrast with the gender distribution of undocumented North Korean migrants, the vast majority of North Koreans legally entering China have been men. However, the number of women among these entrants more than tripled from 2010 to 2013, before declining again in subsequent years—based on media reports from this period, it would be reasonable to assume that many of these women entered China to work in the textile industry in Dandong or other border cities.[5]

However, while this entry data helps to confirm and contextualize media reports of a growing North Korean presence in China, with no corresponding exit data, it remains very difficult to estimate the overall size of this population. As some North Koreans working or doing business in the border region might frequently travel back and forth between countries, the total number of North Koreans who travel to China in a given year is likely smaller than the official number suggests. Similarly, it is unclear how many entries should be ascribed to North Korean transportation workers (truck drivers, airline employees, etc.) who cross the border on a regular basis. On the other hand, many North Koreans working in China presumably stay in the country for more than one year (waitresses at North Korean restaurants, for example, reportedly sign three-year contracts to work abroad), and annual Chinese entry data does not indicate how many of these long-term workers remain in the country.

Getting Beyond the Numbers

In addition to compiling economic statistics, the North Korea in the World project has worked to systematically collect other sources of data on North Korea’s external relations—such as the DPRK’s membership in international organizations and its diplomatic ties abroad and the funding and programs of UN and other aid agencies operating within North Korea. The website also incorporates brief qualitative descriptions of many of Pyongyang’s bilateral relations, which give some insights into North Korea’s complex historical and contemporary relations with a range of countries far beyond its borders.

Ultimately, examining any one aspect of North Korea’s external relations is made easier when one can place it in the broader diplomatic and economic context. With that in mind, the North Korea in the World project should serve as a useful point of reference for scholars and policymakers, and as a baseline for future research into North Korea’s trade and foreign relations.