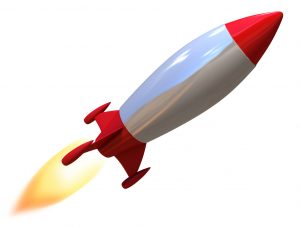 On July 4, 2017, North Korea conducted its first test of a two-stage Hwasong-14 ballistic missile, which reached an apogee of about 2,800 km. If flown on a standard trajectory, this means the Hwasong-14 would have a maximum range in excess of 7,500 km—intercontinental ballistic missile (ICBM) range—and may be able to reach the US west coast if armed with a warhead weighing 650 kg or less. However, the Hwasong-14 tested on July 4 was not optimally designed to achieve maximum range. Instead, it appears to have been a prototype designed to maximize the probability of a successful maiden flight by relying on flight-proven stages.

On July 28, North Korea launched a ballistic missile that reportedly flew for 45 minutes, reaching a peak altitude of 3,000 km, and a slightly longer range than the previous test. While the type of missile tested is yet unconfirmed, these data, if accurate, are fully consistent with a Hwasong-14 tested with a larger second stage that is powered by a high-thrust engine. If flown on a flatter trajectory, this missile could reach as far as 9,000 to 10,000 km. More information, including videos and photographs, will help identify the new second stage engine, and pinpoint its performance capacity.

However, if the above assessment is correct, North Korea seems to have made a logical step forward, as it tries to perfect the technologies to build and field an operationally-viable ICBM that can threaten the mainland United States. More tests are needed to assess and validate the reliability of the Hwasong-14, so North Korea is sure to follow this launch with many more.