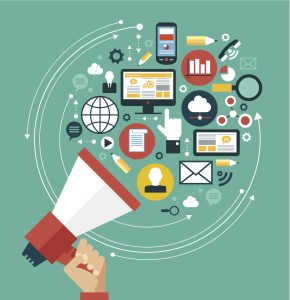 For those of us steeped in nuclear weapons and ballistic missiles, this headline makes no sense. ICBMs are land-based missiles fired from mobile launchers or underground silos. So it would indeed be an amazing feat of technical skill if the North Koreans were able to pull this off.

The problem is this headline was fake news although the average reader would certainly have been excused for not recognizing that. In fact, it was a big mistake by the Yonhap News Agency, South Korea’s largest news outlet that serves not only South Koreans but also has a regional and global readership. What makes the headline even more alarming for us is that it was based on a 38 North satellite imagery analysis by Joseph S. Bermudez Jr. BUT he didn’t say what the headline says.

38 North deals with the media all the time. That is, in part, why we exist, to better inform the public about events in and around North Korea on the assumption that the more facts the public has, the better the debate will be about how to deal with this dangerous problem. However, this isn’t the first time our analysis has been misrepresented or that we have disagreed with the media. Our preferred course of action is to quietly contact reporters to discuss. Most are responsive and willing to take praise or criticism and make prompt corrections; a few are not. Unfortunately, this time, Yonhap fell into the second category. We tried repeatedly to contact them, and it took them far too long (nearly eight hours before even a response) to fix this mistake, resulting in reprints and Tweets of the incorrect headline. This is why we are calling them out publicly today. 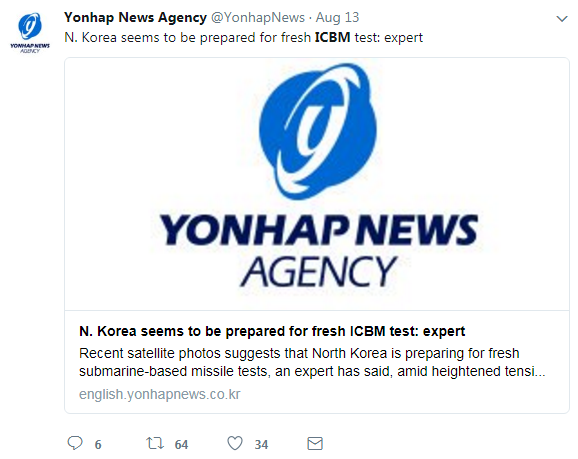 We all understand that editors sometimes get carried away or make mistakes and that may have been true in the case of this article. Indeed, the text is accurate in describing Joe’s careful analysis, namely that based on commercial satellite imagery, he believed the North may step up its development of sea-launched ballistic missiles; that is, SLBMs not ICBMs.

But the headline points to bigger media problems, some of which are dealt with in a new piece by Andray Abrahamian, published this morning. We are facing an increasingly tense, dangerous challenge posed by North Korea, a challenge that has potentially serious consequences not only for South Korea and the region but also international peace and security. Given these dangerous times, the press has an overriding responsibility to inform the public as accurately and as carefully as possible. (And you would certainly expect a South Korean media outlet to exercise even greater care.) Unfortunately, that responsibility is clashing with an even more important day-to-day requirement among cable news outlets and the print media, to seduce as big an audience as possible. And nothing succeeds so much as sensationalism. Aggravating the problem even further is the requirement to fill five-minute slots during the endless 24-hour cable news cycle. The more slots to fill, the more pundits are needed to fill them. That means a continuous cycle of commentary by “experts” who, until recently, have had nothing to do with North Korea. But in true pundit fashion, they are willing to talk about anything anytime to anyone.

The current cycle of tensions appears to be winding down but it will start up again at any moment—whether triggered by a new stream of President Trump’s tweets, Pyongyang’s incessant over the top pronouncements, another North Korean missile or nuclear test or the upcoming joint US-South Korean military exercises that the North finds so provocative. Going forward, considering the stakes at hand, we hope the media will do less hyperventilating and more reasoned reporting and analysis. Of course, 38 North will continue to do the best it can to bring quality analysis to its readers. And to Yonhap we ask, please be quicker to correct your headlines in the future!