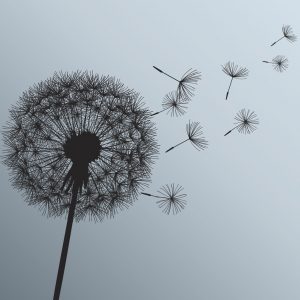 Is the Trump administration seriously contemplating changing the regime in North Korea? Frankly, the signals are mixed. Ten days ago, at the Aspen Security Forum, CIA Director Mike Pompeo intimated as much, saying that he and other senior officials were ordered by President Trump to find a way to “separate the North Korean regime from its missiles and nuclear weapons.” And indeed, only a few days ago, Vice President Mike Pence said that “all options are on the table” in countering the North Korean threat. But only yesterday, Secretary of State Rex Tillerson declared, “We do not seek a regime change, we do not seek a collapse of the regime, we do not seek an accelerated reunification of the peninsula, we do not seek an excuse to send our military north of the 38th Parallel.” Perhaps this ambivalence and confusion reflects a healthy debate on North Korea policy within the administration. We hope so.

Of course, North Korea is a dangerous regime. It starves, tortures, jails and kills scores of innocent citizens. Its growing nuclear and ballistic missile capabilities threaten US forces in the Asia Pacific region and our allies, and soon they will be able to hit targets in the United States.

But while the urge to rid the world of the regime is understandable, the risks, costs and consequences of acting on this impulse are rarely considered. While much of the discussion of a North Korean regime collapse focuses on its potential to unleash thousands of refugees to China and South Korea and on the enormous economic costs of Korean reunification, the geopolitical and security dangers would be far more consequential for the United States and its South Korean and Japanese allies and for the future stability of Northeast Asia. The following are four reasons why.

Over the past century, the United States has intervened and interfered in the politics of democracies and authoritarian states alike; and in some very well known cases, such as Haiti, Iran, Guatemala, Chile and Iraq, have actually changed governments and regimes. Still, even successful efforts at regime change have carried their own fraught and sometimes frightening consequences; changing a regime remains a very complicated business, as recent experiences in Afghanistan, Iraq and Libya demonstrate. As two scholars on regime change have observed, “helping to overthrow a regime doesn’t usually result in a compliant, friendly government in the target state. Rather, it can bring a host of problems, including continued conflict, state collapse, and newly empowered hostile groups.”

North Korea is a veritable black box within a black box. The United States can’t be sure that changing the leadership would improve the situation. More information may be getting out of the country about daily life and economic and social developments than what has been available in past years. But Washington has very little situational awareness of the inside workings of the regime and it would be surprising, to say the least, if the US intelligence community were able to establish and cultivate reliable assets who would be willing, let alone able to cooperate with Washington to remove Kim Jong Un from power. Working with countries in the region will also be very difficult. It is doubtful that the Chinese government could or would even want to orchestrate an internal coup or the assassination of the North Korean leader—and Beijing has more local knowledge than the United States. The same is true for South Korea, now headed by a leader who is deeply interested in engaging the North Korean regime.

With little or no understanding of internal power dynamics or personalities, any plan for a coup de main is unlikely to survive initial contact with the enemy. Decapitation, if it means military strikes against Kim and other leadership targets, would almost certainly unleash North Korean military retaliation against South Korea and US forces stationed there, significantly escalating the risk of a wider conflict and also the unsettling prospects of loose North Korean nukes.

2. Meet the New Boss, Same (or Worse) than the Old Boss

It’s hard to imagine that Kim’s successor would be worse. But the fact is very little is known about the handful of regime insiders in the military, intelligence and security establishments who would fill the vacuum left by Kim’s departure. There is no reason to think a replacement would be easier to work with; it could easily be worse, more virulently anti-American, more prone to provocative action and less adept than Kim Jong Un has been so far at dancing on the cliff’s edge. In fact, in most historical cases of regime change, the relationship between the intervening country and the new regime does not improve.

In the case of North Korea, the coup plotters who aided and abetted Washington would likely feel the need to distance themselves from the United States in the aftermath of a coup to avoid being tarred as North Korean “Quislings.” The fact is we have no idea what might emerge in the wake of Kim’s demise or how the North Korean public would react to regime change imposed from the outside. Kim’s successors may prefer the policies he was pursuing rather than the policies the Trump administration would prefer. Moreover, it would be imprudent to assume, as the Bush administration did in invading Iraq, that the North Korean public, which has been indoctrinated in the cult of the Kim dynasty, would greet American and Korean forces as liberators in the wake of regime change. On the contrary, many would resist with armed force—and this opposition would likely force a new North Korean government to accommodate their views.

Decapitation or an internal coup would also substantially increase the risk of proliferation and use of nuclear, biological or chemical weapons (NBC) weapons or material. Finding North Korean “loose nukes” would be like looking for a needle in a haystack. Renegade factions opposed to the coup plotters or disgruntled military units could try to exploit the chaos and breakdown of state authority to pilfer NBC weapons out of the country using the North’s well-established smuggling networks. Even more worrisome, units in control of these weapons, assuming that the United States and South Korea were behind the attack on their country’s leadership, could retaliate by launching NBC attacks on the South, triggering a larger-scale conflict that would engulf the entire peninsula.

There is also a significant risk that a decapitation strike or attempted coup, if it led to a collapse of the regime and US/ROK occupation of the country, would fracture the North Korean military, with many units retreating to wage guerilla warfare. The North Korean military has dedicated units that have been trained and equipped for many years for this kind of warfare.

To defeat it, the United States and South Korea would have to deploy significant forces, raising the prospect of large-scale costs and loss of lives as well Chinese military intervention.

4. Shooting Yourself in the Foot

The US overriding national security objective with North Korea is to eliminate or reduce its capacity to threaten the United States and its allies with nuclear weapons. Pyongyang believes the United States is an existential threat to its survival, and sees a nuclear deterrent as essential to its security. Every time a senior US government official publicly declares a goal of regime change, it merely feeds the North’s paranoia and reinforces its conviction that it must cling for dear life to its nuclear weapons. In fact, North Koreans believe that in the case of Iraq and Libya, both Hussein and Qaddafi would still be around if they would have had nuclear weapons at the time the United States toppled their regimes.

Publicly talking about regime change could be another case of bluster from the Trump administration to turn up the heat on North Korean and their Chinese patrons. If so, it will neither scare the Chinese into imposing harsher sanctions on the North nor coerce the North Koreans into giving up their nuclear weapons. Trying to topple Kim Jong Un would very probably precipitate a real crisis even worse than the current one. The cruel anomaly of carrying out a coup against North Korea, or taking any action that would set in motion a chain of events that could ultimately result in regime change, could just make an already bad situation a good deal worse whether we succeed or fail.