Recent commercial satellite imagery of North Korea’s Punggye-ri Nuclear Test Site indicates that the North Portal, where the last five nuclear tests were conducted, remains dormant and that tunnel excavation has been stepped up at the West Portal. Throughout December 2017, mining carts and personnel were consistently present around the West Portal and there was significant expansion of the spoil pile.

On December 28, there were also a large number of personnel (~100 to 120) observed in seven different formations whose purpose is unknown in the Southern Support Area.

The North Portal remains in a dormant state, with water draining from the portal entrance.

Approximately nine mining carts are present at the West Portal, and there appear to be new rails on top of the spoil pile.

It appears that the spoil pile has been expanded significantly along its south side. There is an object on top of the spoil pile and adjacent to some tracks the might be a rock trough/screener.

Figure 1. No notable changes to the North Portal in December 2017, but there is significant expansion of the spoil pile at the West Portal. 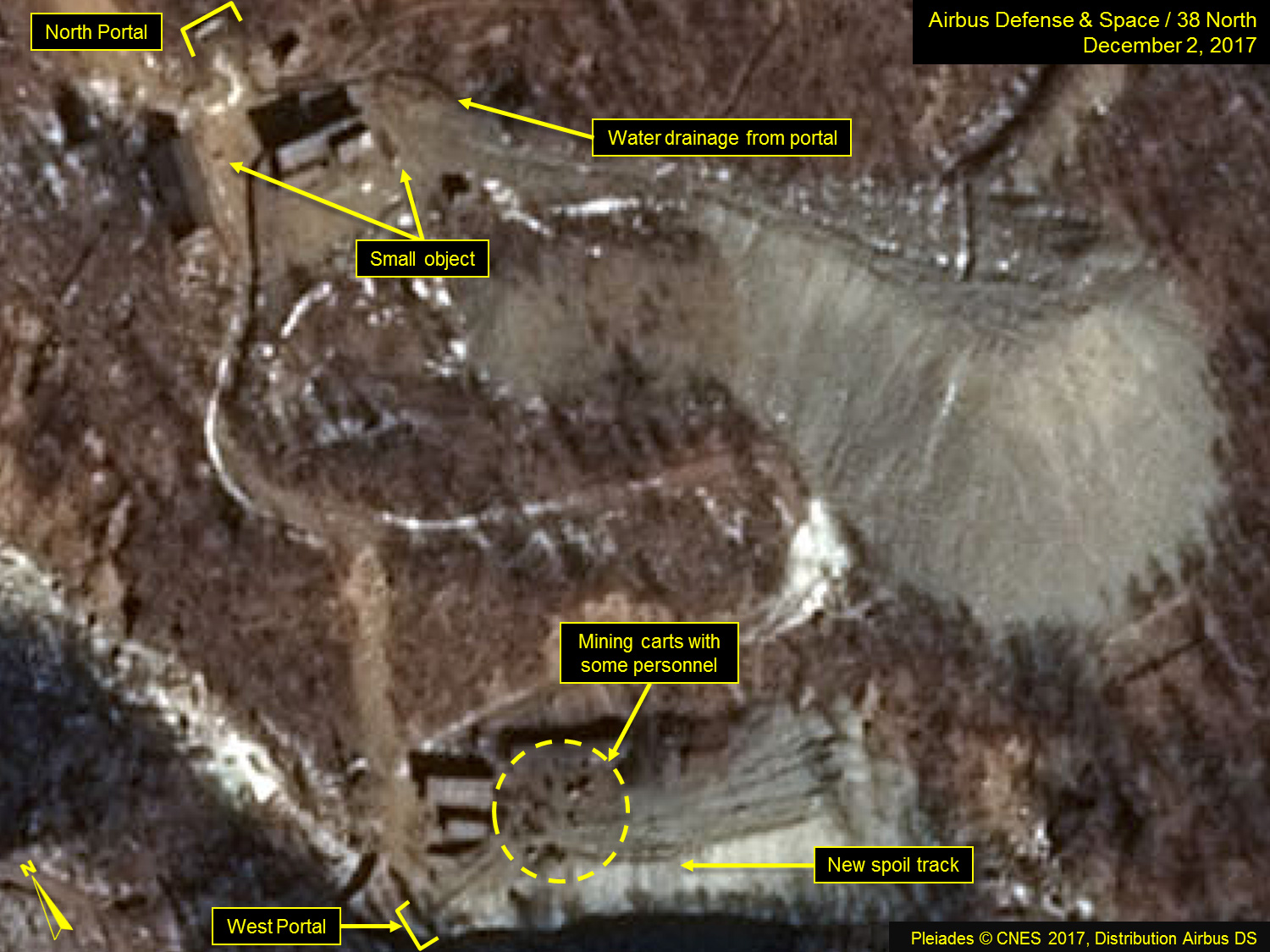 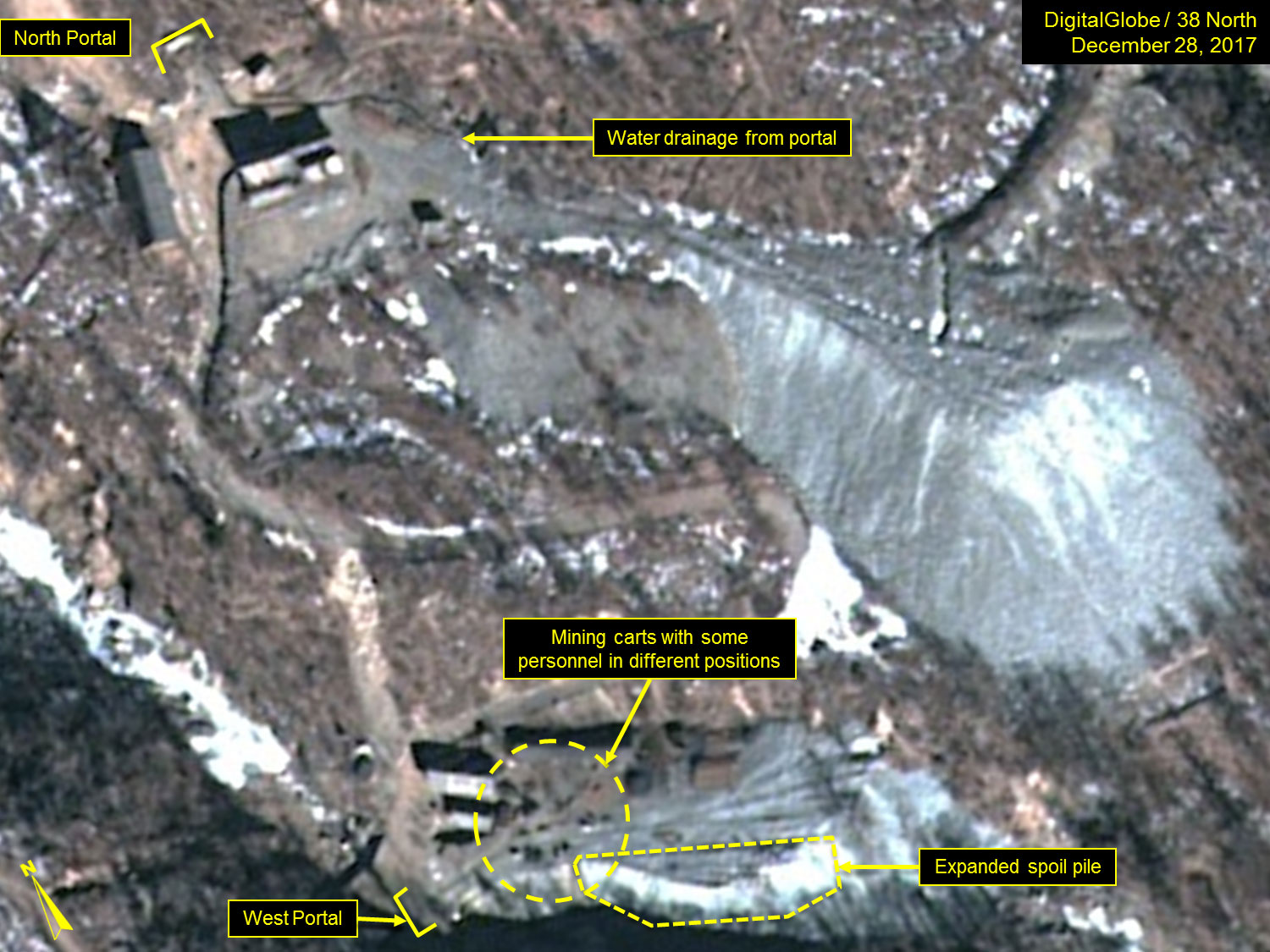 At the Southern Support Area, there are approximately 100-120 people in the courtyard in seven formations. It is rare to observe personnel in this area and the purpose of their activities is unknown.

Figure 2. The Southern Support Area is south of the Command Center.

Figure 3. On December 28, large numbers of personnel are observed at the Southern Support Area.

The South Portal area is in deep shadow, with no discernable changes noted over the past month. No activity of significance is observed at other facilities within the complex.