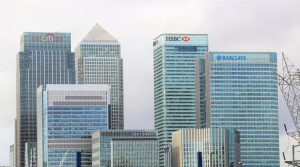 As if the Trump White House did not face enough policy coordination and formulation challenges for the proposed Trump-Kim summit, sanctions policy will add another, one that could derail the summit before it happens. One key challenge is that the administration will have to decide whether, when and how sanctions relief will play in the negotiations with the DPRK. Another will be to maintain South Korean and Chinese support for sanctions, especially in the context of the Kim-Moon summit in April. But perhaps the biggest challenge, and the one that the Trump administration is least equipped to deal with, is how to keep its summit planning, the US sanctions process, and the US sanctions community from working at cross-purposes.

Sanctions Got Us to the Dance

While a number of factors may have played a role in prompting Kim Jong Un during his New Year’s speech to make the opening gambit of his peace offensive—such as US sabre-rattling, rapid progress in the North’s ICBM program, the change in the ROK administration, and preexisting DPRK strategic and economic plans—there is a strong probability that strengthened UN sanctions gave Kim’s decision urgency.

Sanctions are having a significant impact on North Korea. This is particularly apparent in the area of Sino-North Korean Trade. Since Chinese trade accounts for 93 percent of North Korean exports and 88 percent of its imports, the China trade numbers are decisive for determining sanctions impact. DPRK exports have dropped precipitously starting in the last quarter of 2017, and this is largely the result of Chinese enforcement of UN measures banning imports of many North Korean goods. According to the ROK Ministry of Unification, one of the most reliable sources on DPRK trade, North Korean exports to China fell by half in 2017 to $1.7 billion. Since the Chinese actions really only become apparent in the trade statistics in the final quarter of the year, the DPRK’s export performance could be much worse in 2018. Although North Korea’s imports from China in 2017 increased markedly to $3.6 billion, this might reflect a temporary uptick due to North Korean stockpiling of strategic commodities prior to sanctions taking effect. Even if Pyongyang’s imports return to more normal levels, though, it will face a large trade deficit.

North Korea’s balance of payments situation will at some point become unsustainable with those kinds of numbers.[1] Its ability to import essential commodities like oil and food—let alone the baubles that keep the regime elite happy—will come into question. No one knows the size of North Korea’s cushion in foreign exchange holdings. , According to some who follow North Korean trade, it might range from $1-5 billion but this is hardly a reliable estimate. To be sure, North Korea has always run a trade deficit and—at least since it stiffed its foreign creditors many years back—has always managed to cover it with a combination of external aid, credits and foreign exchange earned from illicit activities, but most of those sources—notably aid from the ROK and credits from Chinese banks—have dried up. Perhaps sanctions evasion will help the DPRK acquire some additional foreign exchange, but the volume of trade and the price received for the goods will be significantly lower. This does not mean the DPRK is about to collapse under the weight of sanctions. The country can survive for many years under an economic regime of “war Communism” or juche on steroids, but it will certainly set the clock back economically and it will make Kim’s economic agenda—a pillar of his byungjin policy of dual economic and WMD development—unattainable. Moreover, because the North Korean economy has become dollarized, the pain will be apparent inside the country and abroad.

This makes Kim’s decision to open up now to Seoul utterly rational. Until 2016, the economic and aid relationship with Seoul was one of the major cushions that helped Pyongyang deal with its trade deficit. Further, President Moon seems to be the only major actor open to pursuing an alternative approach to the Trump administration’s maximum pressure policy. Whether Kim Jong Un was looking for a weak link in the sanctions regime or a genuine door to rapprochement with Seoul and Washington, President Moon was the logical person to call.

Any administration would be faced with the first challenge sanctions policy will present: whether, when and how to deploy sanctions relief in negotiations. At this point, the administration is busy cementing in a negotiating position in which nothing can happen without North Korea’s complete, verifiable, irreversible disarmament (CVID). But even in the highly unlikely situation that such a lofty goal is reached, it won’t come instantly but over a long period of time with many milestones along the way.

If past negotiations with North Korea are any precedent, it will seek some reciprocal US action for any it takes. At some point, some sanctions relief will be demanded. Indeed, one need only consider the case of Banco Delta Asia, in which the North Koreans essentially froze the negotiating process until the US found a way to undo sanctions on a Macao bank involved in North Korean money laundering. Even more interesting, we need to remember that on the North Korean side, Kim Jong Un personally, the entire Workers’ Party, and most of the key individuals and organizations that would be involved in negotiations and denuclearization are sanctioned entities under US law. This could produce some rather tricky issues in terms of summit venues, preparatory meetings and logistics unless the US is prepared to loosen restrictions on them.

Whatever position the US interagency develops, it then must be tested by reality. For example, in the Iran negotiations, the US interagency had a very parsimonious position on sanctions relief, expecting that Iranian actions on the nuclear front would be dribbled out over time and that US sanctions concessions could thus be back loaded in the agreement. But the Iranians were willing to move much faster on their nuclear concessions in order to secure front loaded relief. What looked good in a principals meeting did not stand up at the negotiating table. But an even greater test is that our sanctions approach will have to receive at least acquiescence from the governments that hold sanctions leverage over Pyongyang.

Keeping the ROK and PRC Onside

If the summit does take place, it will be in part because the Chinese have enforced the series of UN sanctions that have been passed since March 2016 and especially in 2017. The ROK’s termination of lucrative economic projects and its humanitarian assistance programs in 2016 were almost as important. Both countries, however, could be tempted to relent on their pressure sooner rather than later. President Moon is eager to engage. His April summit in Panmunjom is vital to his vision for engagement with the North. While he has held the line so far on maintaining sanctions, long-time observers remember past iterations of South Korea’s Sunshine Policy and understandably now fret over how long the ROK will take a hard line on sanctions relief, especially if there is a prospect for progress on issues like family visits.

Beijing may also be motivated to soften for other reasons. If sanctions begin to work too well, it might begin to fear a DPRK collapse. Beijing might also fear being eclipsed by the Trump-Kim summit and wish to buy back some of the influence it so badly frittered away in Pyongyang. It might even do so to dim the chances of success of such a summit if it felt Washington was ignoring Chinese interests. It is unlikely Beijing will sit back and silently watch the process unfold, or be willing to accept the same treatment Japanese Prime Minister Abe has felt from Washington regarding the summit. Finally, if President Trump were to take some sanctions or trade enforcement action against the PRC in the run-up to the summit that truly infuriated Beijing, it could retaliate by loosening sanctions enforcement vis-à-vis North Korea.

Do We Turn the Sanctions Switch Up?

There are certainly good faith reasons to consider additional sanctions even en route to a summit. If, for example, new information emerged during the summit planning process of a major financial institution providing hard currency to North Korea, dealing with that sanctions evasion might be key to maintaining sanctions leverage on North Korea. But it might also derail the summit altogether if the North Koreans saw the additional sanctions as an act of bad faith. In more than one administration that has dealt with North Korea, sanctions and engagement were discussed in separate rooms by separate people who jealously guarded their turf. This can result in policy surprises and conflicting actions that trip up negotiators and either perplex or infuriate the North Koreans. Good process and good policy leadership can minimize the risks and, in fact, create synergies between sanctions and engagement groups in the US government. It remains to be seen whether the Trump administration, which is known for vicious White House feuds and an incoherent, disorganized, and haphazard policy process, can provide such leadership.

Sanctions leverage is key to a US effort to press North Korea to denuclearize, but getting overly enthusiastic about upping that pressure in the run up to the summit could derail the process. The US needs to maintain the impressive leverage the maximum pressure policy seems to have created, but it is far more important now to create a solid policy process and to reinstitute US government discipline in the summit run up than it is to hit every sanctions target in the field. Achieving the Trump administration’s stated goal for this summit, the complete denuclearization of North Korea, has a very low probability of success. Misplaying our sanctions leverage will guarantee either no summit or a failed one.