In his recent article, Ruediger Frank concluded that sanctions will not materially influence North Korea’s nuclear weapons behavior, and by implication we must do something else. I don’t think anyone believes sanctions by themselves will do the job and I must admit I wrote a piece like Frank’s a year ago, where I also said sanctions were not working. But a lot has happened since then and we need to pay attention to changing circumstances rather than remain wedded to old ideas and old data. The jump in gasoline prices earlier this year, and again last weekend, tells me that sanctions really might be part of the answer now that China seems to have gingerly climbed on board. Clearly, they haven’t worked yet, and years have been lost, but a little more time and a little more temperature may cause the pot to finally boil. For that to happen, China might need to do a little more, like charge dollars for the crude oil it currently gives North Korea.

Frank appropriately emphasizes the need to use real information and data, where we can, to make such judgments, but there is more information available to us than the trade and budget data he included. Beyond KOTRA’s 2016 summary, there is more current data for most countries that trade with North Korea, especially China, which has been reported monthly and in great detail through July of this year. August figures will be released soon. Because Beijing held back on sanctions until the important November 2016 UN sanctions, in which it agreed to slap a cap on imports of North Korean anthracite, the KOTRA data would not have reflected this development. The trick throughout the sanctions ordeal has been to get China aboard. Now that it is at least talking very tough on sanctions, even restricting imports of North Korean textiles and closing off banking, we need to pay attention.

Updated Chinese trade data show, not surprisingly, a large difference in what Frank had reported through 2016. 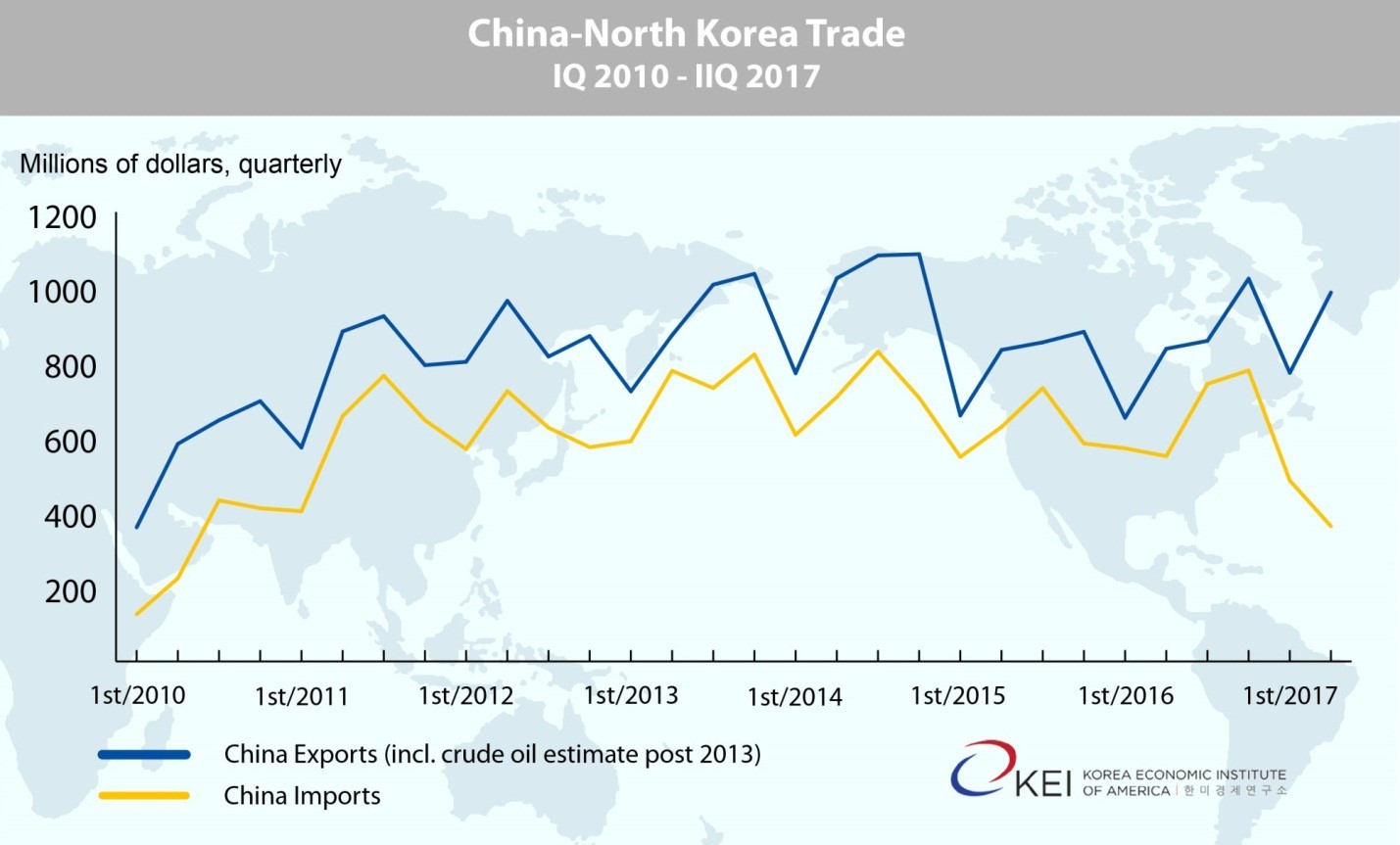 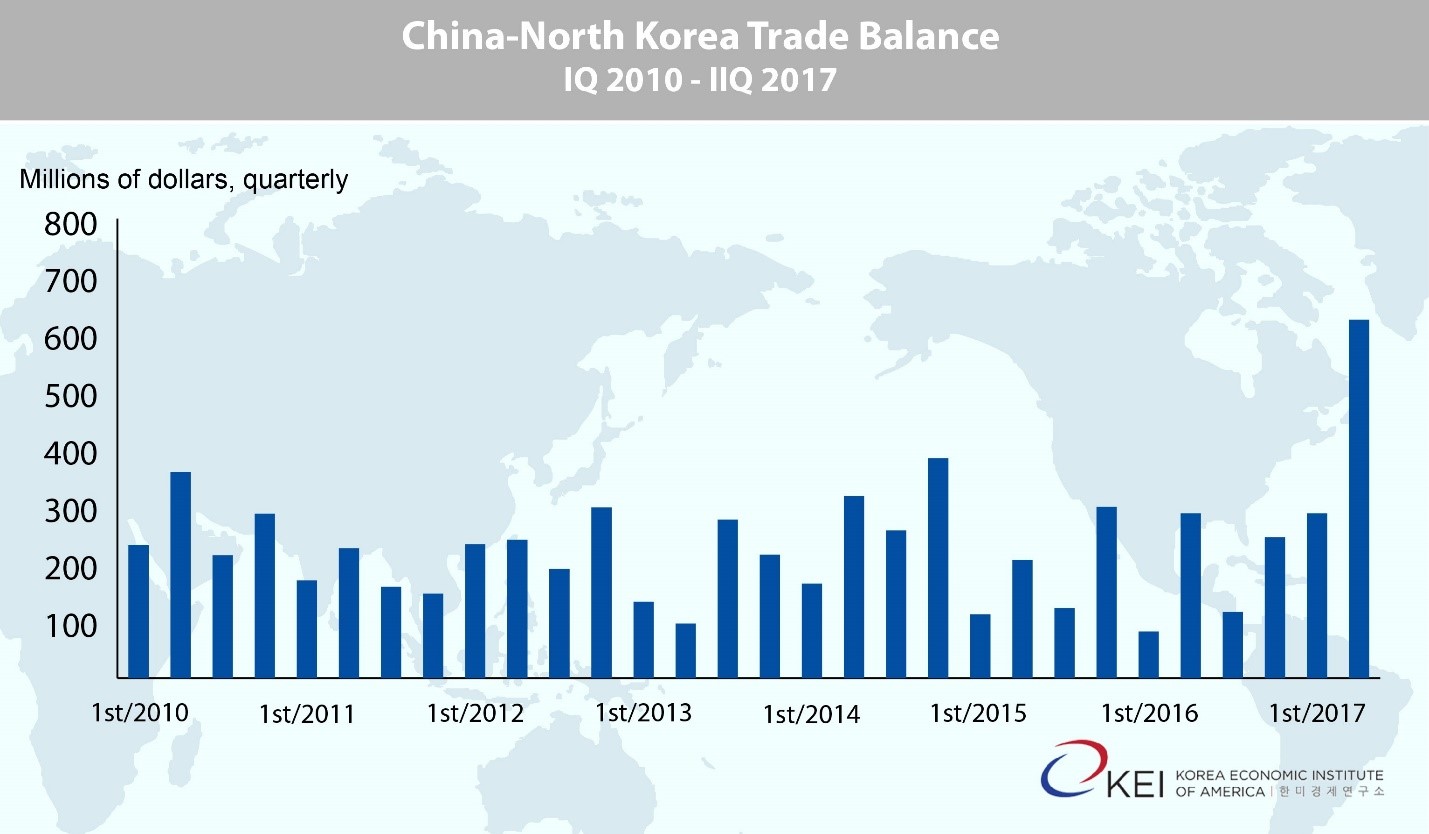 In the first two quarters in 2017, Chinese imports have fallen precipitously, even as exports have held up. And this, of course, shows up even more in China’s trade surplus, soaring to a record in the last quarter. July data just adds to the deficit and I expect August will as well.

Frank also reported North Korean reserves to be around $2 billion to say that Pyongyang can afford the deficit indefinitely. Maybe at a $300 million a quarter level, but I don’t think so given a $600 million quarterly deficit.

He used North Korean budget data to suggest the economy is growing. But, I have watched this data for 30 years or so and am at a complete loss to make sense of it. He says the data probably “correlates” with GDP, suggesting growth of 4-6 percent last year. I expect the economy did grow last year, and may even still be growing, and respect the effort put into making GDP estimates by the Bank of Korea, but let’s remember what these numbers are. These are simply percent changes, not base figures, reported by the State Council, of government expenditures, receipts and the degree to which the actual figures met the budgeted amounts. He interprets this to mean North Korea has a budget surplus that could be used to offset the trade deficit caused by sanctions. But that would depend on the base figure, which we don’t have, and on exchange rates. Officially, the exchange rate is about 130 won to one US dollar whereas in the market, the rate is 8,140 won to one dollar. What we don’t know, is at what rate the government is converting its so-called surplus. That would be really interesting information if we had it. And even if this budget data is meaningful in some way, is it nominal or real? Do the percentage changes reflect inflation and how much inflation is there? I don’t think any of us know.

Again, Frank might have a point in saying aggregate output probably grew last year despite the modest and clearly ineffective sanctions imposed as of that time. I don’t think even this growth, though, is very helpful to Kim, and he may live to regret it. I’ve argued for some time that Kim’s policy line of parallel development of nuclear weapons and the economy (byungjin) can succeed, despite sanctions, since the nuclear program has generally barred Pyongyang from receiving foreign aid, which for three quarters of a century sapped productivity and contributed to poverty in the country. Without the foreign handouts (Soviet, Chinese, European, Japanese, South Korean and even US) that always came to the aid of the state in its perennial fight with the markets, North Koreans are now learning to export and are doing that pretty well, invigorating the private side of the economy at the expense of the state. Such a shift brings great productivity gains that we are seeing on the streets of Pyongyang and in the hinterlands. But these might not be welcomed by the Workers’ Party and state enterprises, whose bureaucrats are stuck with essentially no real pay. Wages in the state sector a couple of years ago were about 3,000 won a month, plus whatever rations were available. Legal wages in the private sector were upwards of 300,000 won a month, with no rations, at least in some pilot projects. Kim, or at least his advisors and family, must be concerned that this gap is creating political and social tensions, and even eventually may threaten his rule. Now, with a possible sudden loss of tens of thousands of private sector textile jobs, concerns must be rising.

This is why the jump in gasoline prices is so interesting, the data for which is available along with many other prices from Daily NK and other observers in North Korea. This data is of much greater interest and import than mysterious budget changes or last year’s trade data. A mere mention of oil cutoffs back in April, and again in September, apparently have tripled the price of gasoline, diesel and other refined products. In a society used to fixed prices, and an economy devoted to shutting out market forces, such jumps must be very disconcerting and may lead to panic of the type seen in 2009 when Kim’s father tried to control inflation through currency revaluation, failing so badly he had to apologize and publicly execute the party finance chief. Presumably, Kim Jong Un learned something from that episode and has never tried to stop the markets or the use of won and dollars in new marketplaces. The markets have responded with stability and until now have pushed forward economic growth. 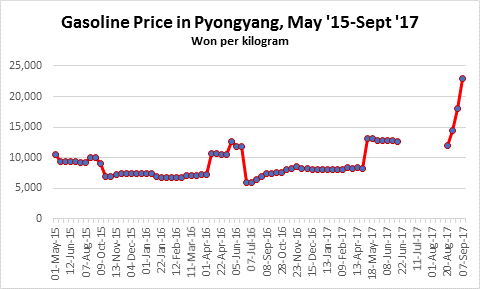 Gasoline prices are one thing, and the sanctions really don’t seem set to reduce the actual inflow of petroleum very much. But much more important would be a crash in the won, now seemingly traded openly for US dollars in exchange markets all over the country. So far this collapse hasn’t happened—the won was steady at last reporting over the weekend at about 8,000 per dollar, despite sanctions that promise to severely cut North Korea’s dollar earnings. How long can this last is anyone’s guess but I suspect Pyongyang, maybe even Kim, is watching that rate as they never have before and maybe even intervening, selling reserve dollars into the domestic Korean market to support the won. With a new nuclear test, the estimated $2 billion in reserves might be the first thing that goes up in smoke. 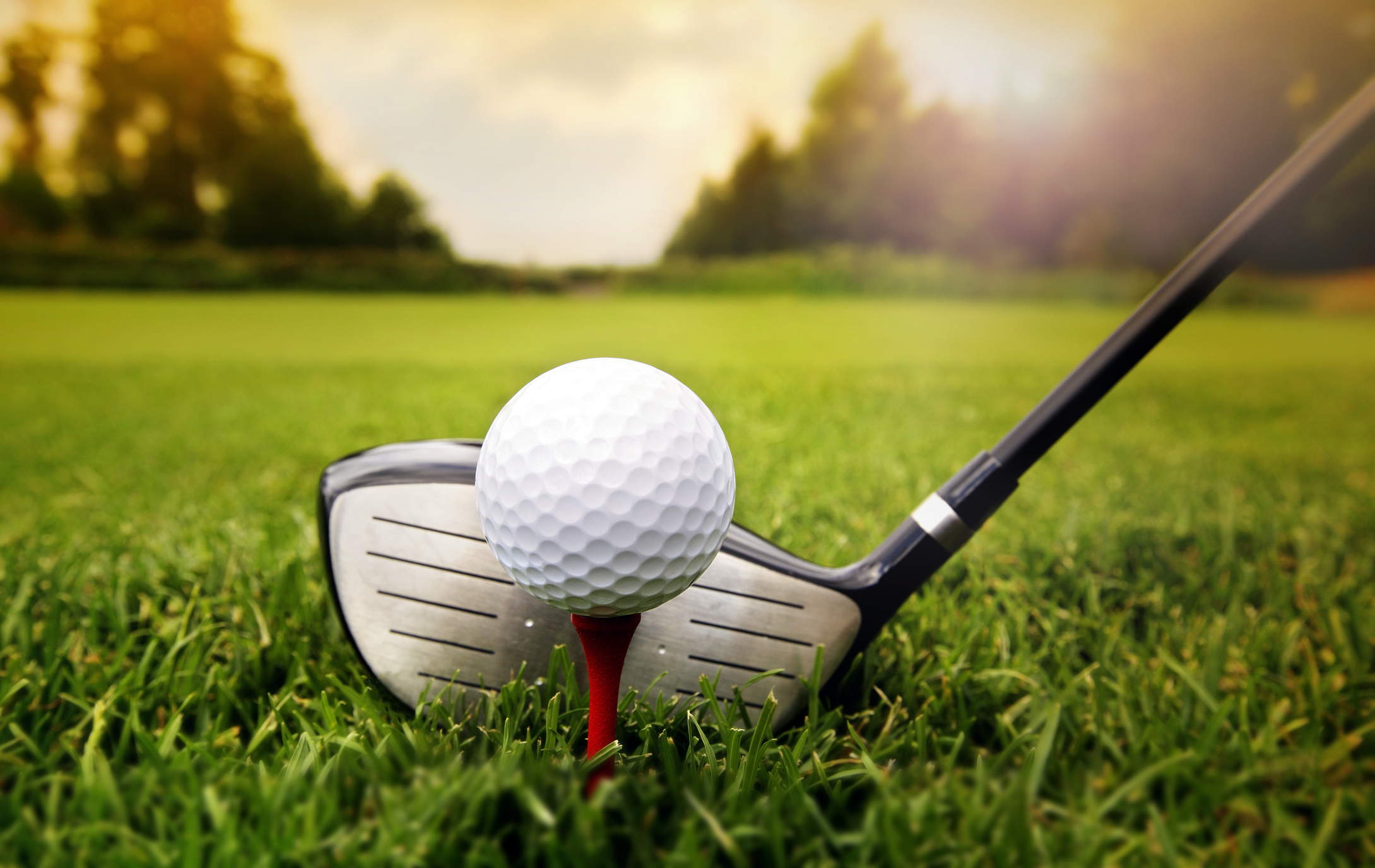 Playing tennis, we get a second serve, and golf, sometimes a mulligan. Maybe sanctions, tough ones that drive a wedge between North Korea’s command and market economies, and that include a determined China, require a closer look.