Commercial satellite imagery of North Korea’s Punggye-ri Nuclear Test Site from mid-March 2018 suggests that there has been a significant slowdown in tunneling and a reduced presence of related personnel at the site when compared to just two weeks earlier. During this same time period, high-level talks between North and South Korea moved forward, including Pyongyang’s proposal for a summit with US President Donald Trump.

Imagery from early March had shown signs of continued tunneling excavations at the West Portal, including mining carts and significant amounts of new spoil deposits. Large groups of personnel were also noted in the open support areas serving the nuclear test site’s Command Center. However, imagery from March 17 showed no evidence of tunneling operations or the presence of any personnel or vehicles at any of the support areas including those near the Command Center.

This is an important development given efforts to establish high-level meetings between the United States, South Korea and North Korea. However, whether this is just a temporary development or whether it will continue over time is unclear.

The North Portal, the tunnel complex where the last five underground nuclear tests were conducted, seems to have been abandoned since the September 2017 test. On imagery from March 2018, substantial water drainage was coming from the tunnel entrance. This could be evidence of continued post-test effects, similar to “fracking,” in which the test may have stimulated this apparent increase in water flow. Imagery from March 17 showed a significant reduction in that water flow for reasons that are not clear. (See Figure 1.)

Shortly after North Korea’s sixth underground nuclear test, tunneling quickly restarted at the West Portal. This progressed rapidly through March 2, 2018, as evidenced by an increase in size of the adjacent spoil pile and movement of mining carts and personnel in that area. However, when next observed on imagery from March 17, no new spoil was visible, the size of the spoil pile had not changed, and there were no longer mining carts and personnel present. (See Figure 1.) 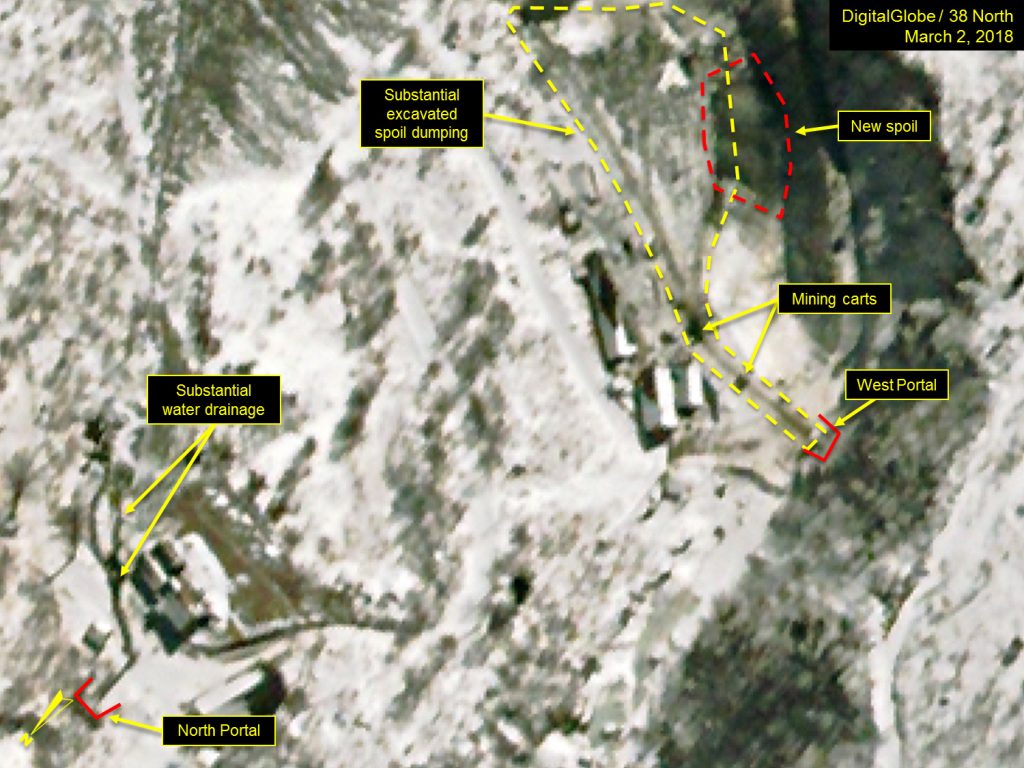 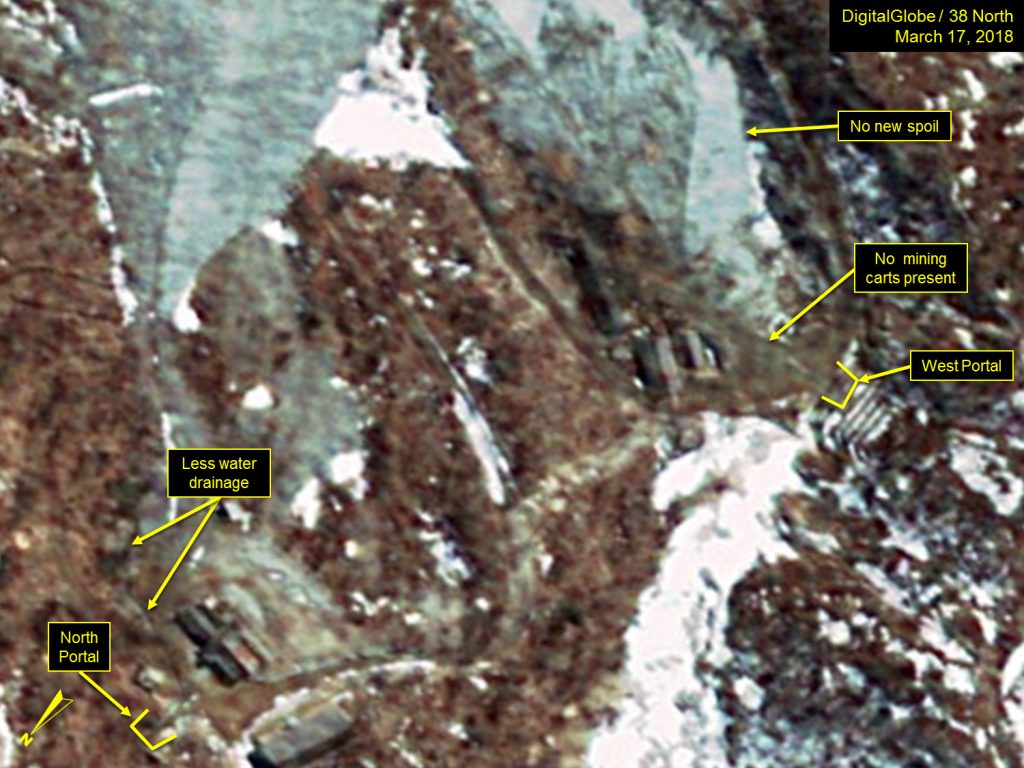 Imagery from March 2 showed the presence of a small group of personnel in the upper courtyard of the Main Administration Area. By March 17, there was no evidence of personnel or vehicles in the courtyard, but what appear to be three crates were present adjacent to the greenhouse. This type of activity is fairly typical to see going into spring as the greenhouse is used to raise vegetables to supplement the foodstuffs for the onsite personnel. (See Figure 2.)

Figure 2. No evidence of personnel at Main Administrative Area. 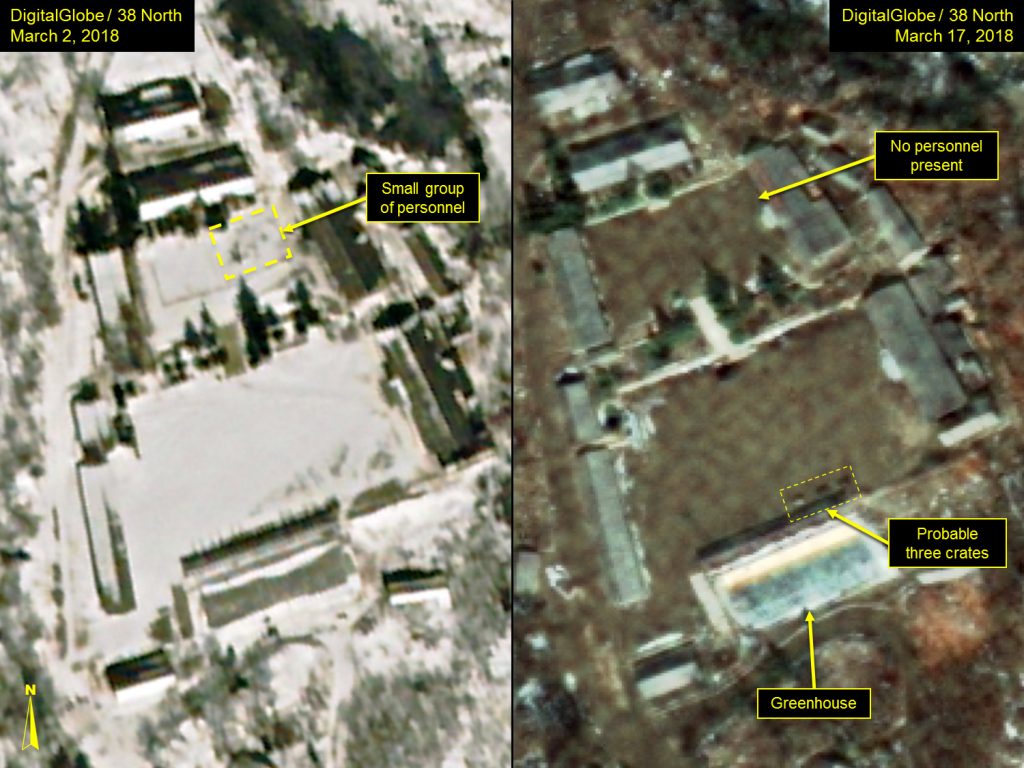 Figure 3. No evidence of personnel or vehicles around the Command Center. 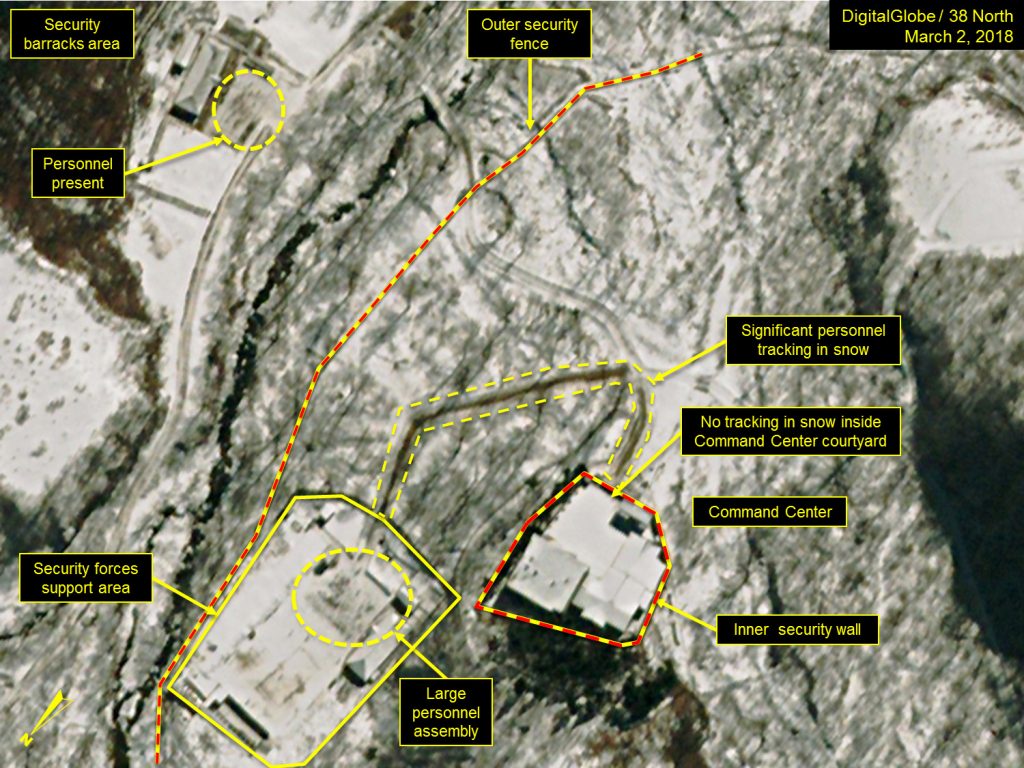 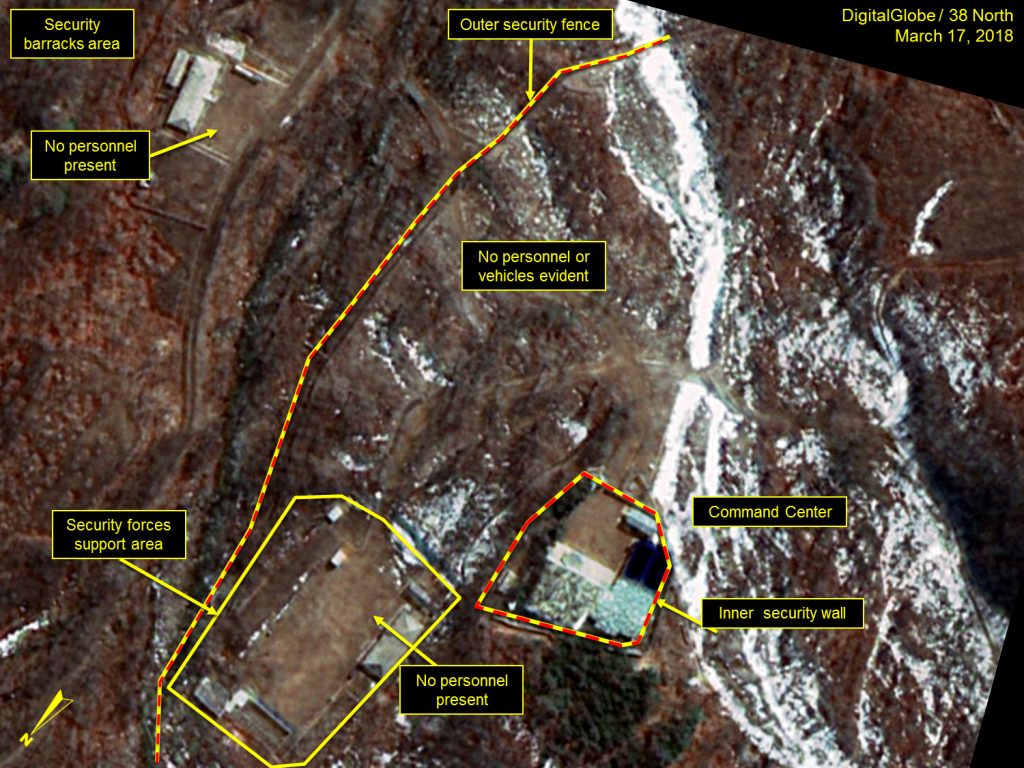 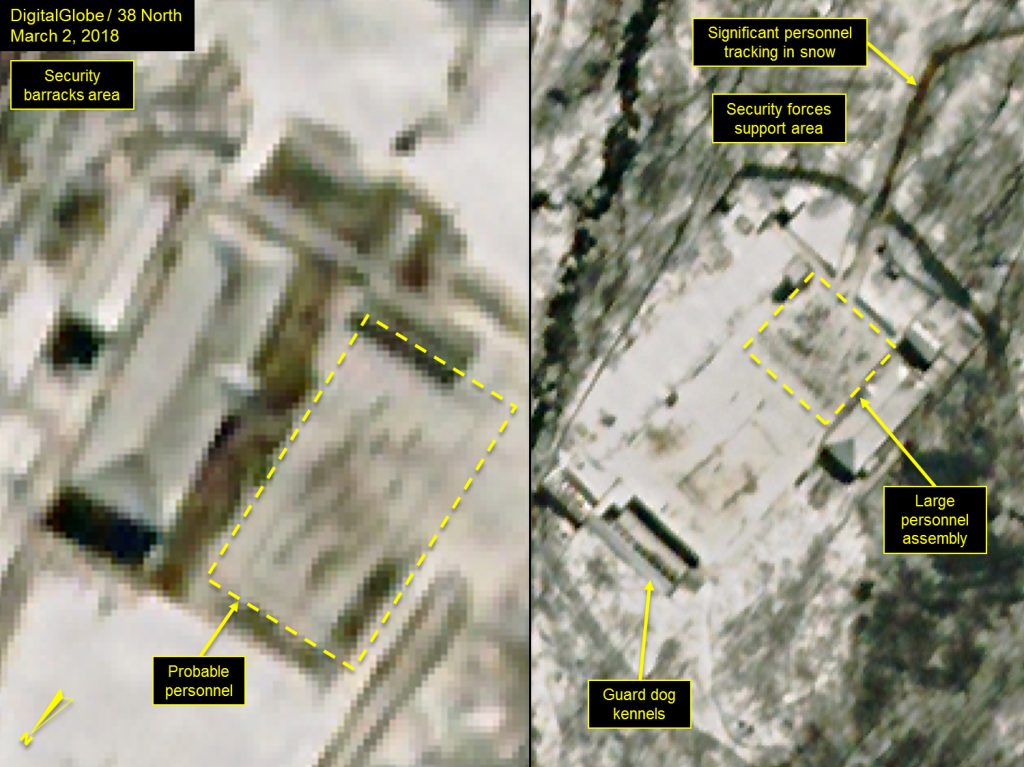 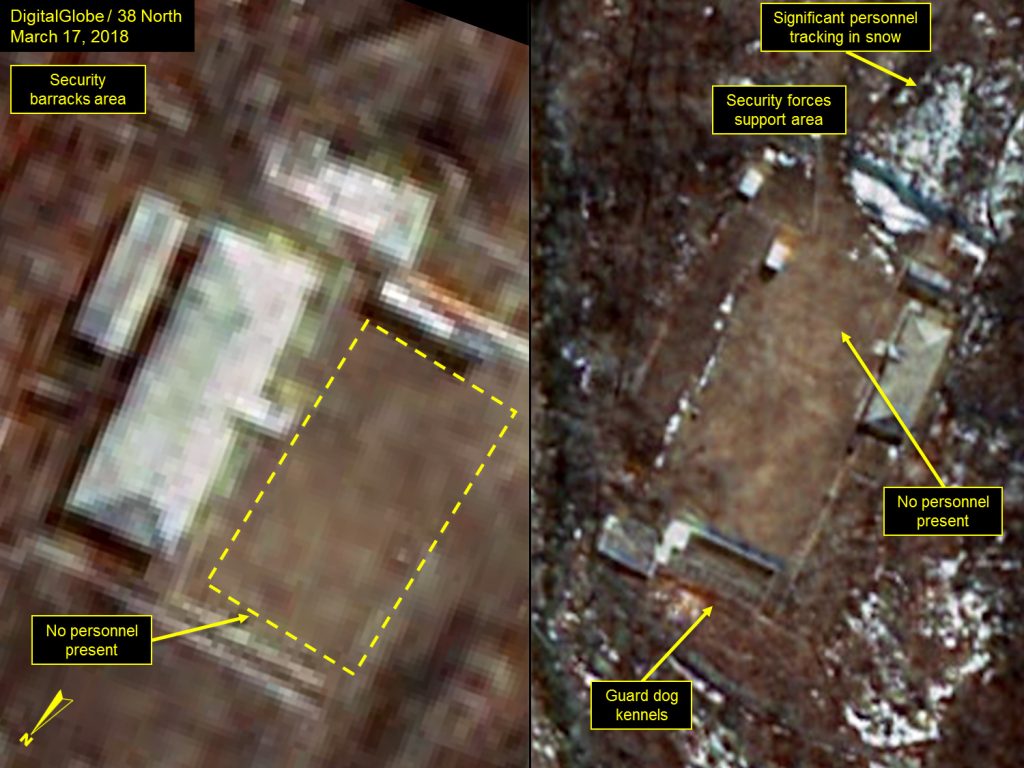