Commercial satellite imagery of North Korea’s Yongbyon Nuclear Scientific Research Center from March 20 indicates construction of a new building has begun inside the perimeter security wall near the Experimental Light Water Reactor (ELWR), directly across from the ELWR’s main personnel entrance. An old support building near that new structure has also been partially razed and there has been significant movement of vehicles and construction support equipment in the adjacent primary reactor construction yard that is directly involved in the construction of the ELWR. The new building, while only in an early phase of construction, exhibits the internal wall structure typical of an engineering laboratory or office building.

Although the intended purpose of the new building is yet unclear, its interior design and proximity to the ELWR suggest that it will likely be staffed by personnel associated with future ELWR operations. Moreover, the concurrent razing of part of the old support building provides this new structure unimpeded access to, and a view from, the ELWR. It is also possible that the entrances of the new building and the ELWR will be aligned with each other once the new building is complete.

If this new building does include engineering offices related to the ELWR, it begs the question whether the North Koreans would initiate full operations of the ELWR before having the associated operations personnel moved into their onsite offices. Given the importance placed on the ELWR—as a showcase of North Korean technological prowess—it is also hard to imagine that any ELWR “firing up” would take place with ongoing building construction in full view across from the main entrance of the reactor.

Figures 1 & 2. New building in early phase of construction near ELWR. 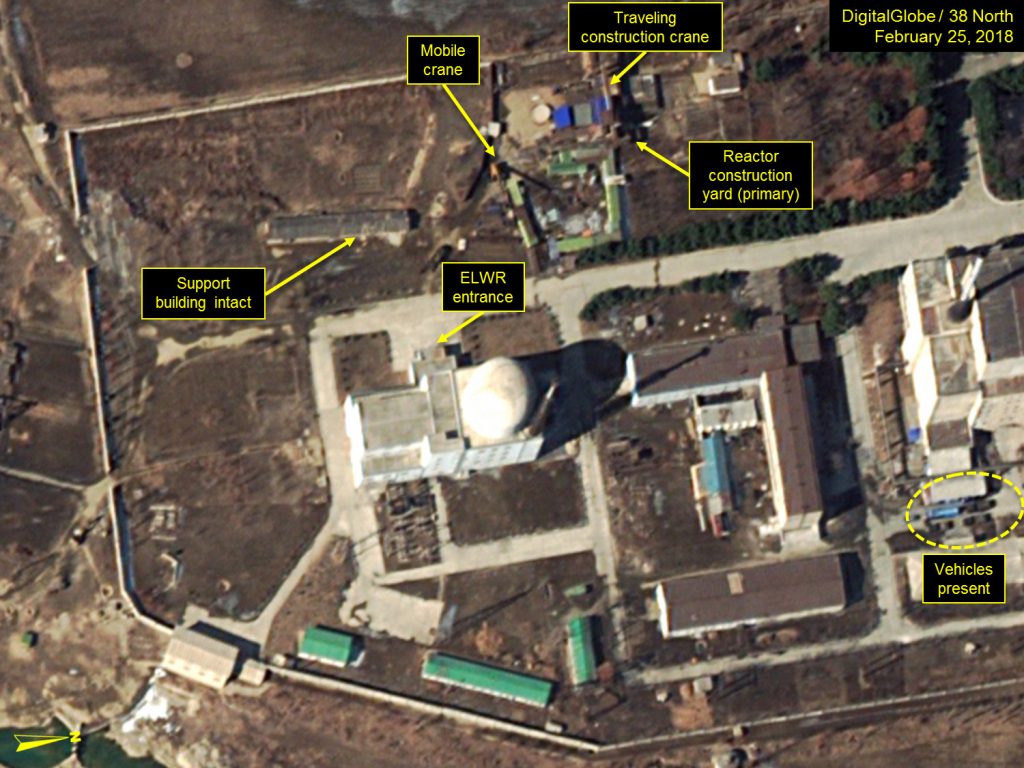 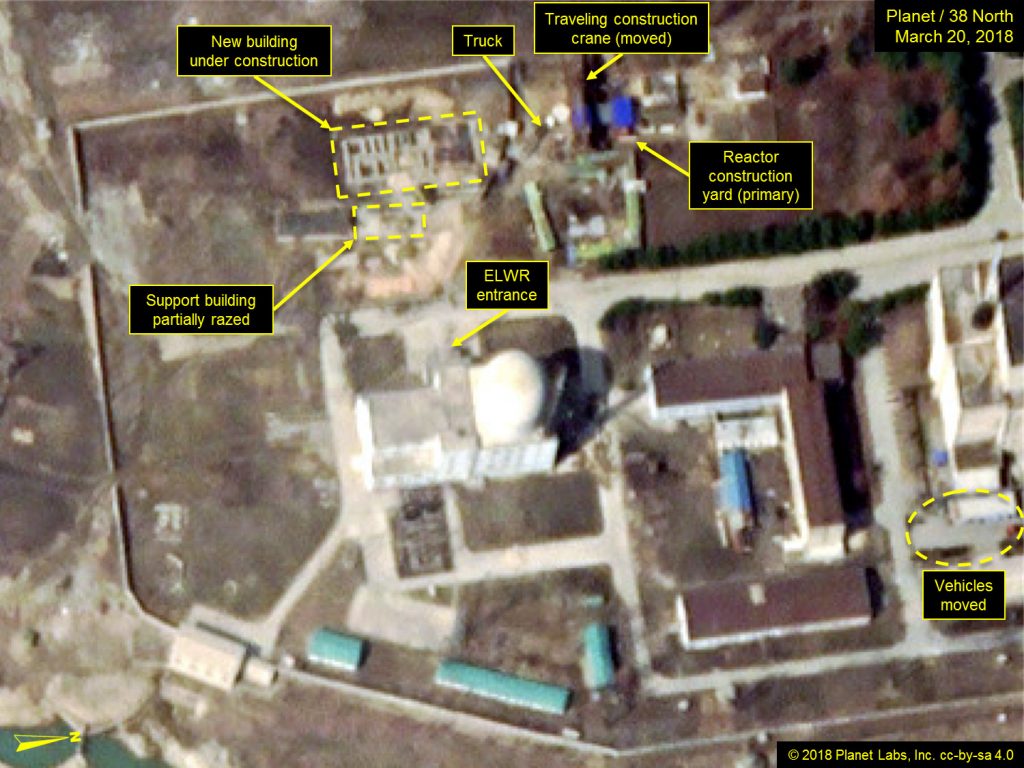