Guys, get a grip. Gravity has not been suspended. The recent Inter-Korean summit was positive and useful. If nothing else, its timing in the five-year tenure of ROK President Moon Jae-in is significant. By getting this accomplished in his first year in office, Moon has given the process four years to take root in what will no doubt be rocky ground.

Constant repetition in the aftermath of the summit that “we must be vigilant,” “we shouldn’t oversell,” “now the hard work begins,” is not real wisdom, because it mistakes the purpose and actual significance of these events and documents.

The argument that the April 27th declaration is somehow compromised because it uses language from past documents is fatuous. If every such joint document had to be composed completely from scratch, nothing would ever get done. Sometimes, these are easy, favorite formulations, essentially fillers or boilerplate. They get in again and again because if they were dropped, it would raise the question—why? But sometimes a reference to the past provides a pointer to detailed steps already agreed on and now being reaffirmed. Re-using past language saves time. There is no need to go over in detail the same ground, some of which may be politically contentious. Past formulations can be ritual. 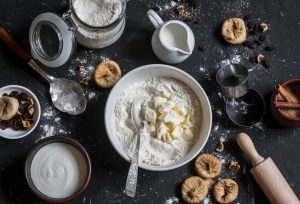 Then which is it? Anyone who has built a piece of furniture, or even watched the ingredients for a cake being mixed, knows the sum is quite different from, and in a sense more important than, the parts. But anyone who has sat on the side of a highway in a car that won’t run knows that the parts, essentially moving parts, matter.

All of this—gravity, cake, moving parts—help explain joint documents like the Panmunjom Declaration. No document by itself will change reality; the totality of the document has created a situation different from what existed even a few days before; how the parts of the document work together will determine whether the process moves quickly, or at all.

To change the image one last time, a summit declaration has value as a bead on a string—or more accurately, the string on which the beads can form a necklace. The declaration is just a carefully composed exposition of agreed goals, some more contentious than others, some composed of simply grand words, some concrete and measurable. The declaration and the summit that produced it provide motive power; together they are the moment the engine starts, they draw a map of sorts; they are a compass heading. Most of all, they are politics and diplomacy at the same time, a difficult juggling act on a high wire over alligators and sharks.

Beyond words there is the symbolism of the summit, diplomatic ritual worked out over centuries meant to ensure that enemy beings can sit knee to knee without one of them tearing out the other’s throat. Summits are when leaders size each other up, for better or for worse. They are when every nerve strains to absorb, to calculate, to weigh. They are when leaders smile and sniff the air, when over a glass of champagne, they gain their own impressions more vivid, more real than all the briefing papers, than all the intelligence, than all the murmurings of advisors. Moon Jae-in and Kim Jong Un have taken each other’s measure. Ultimately, that is liable to be more important than the words that were spoken (or written), or those left unsaid.