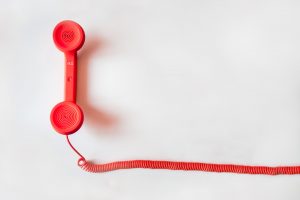 The summit statement signed by President Trump and Kim Jong Un in Singapore included the agreement that:

“The United States and the DPRK commit to establish new U.S.-DPRK relations in accordance with the desire of the peoples of the two countries for peace and prosperity.”

There is speculation that this commitment means diplomatic relations and that such relations may begin with the establishment of liaison offices in each other’s capitals. If so, it will not be the first time the subject will have been negotiated between the US and DPRK. In fact, an agreement on the exchange of liaison offices was a part of the Agreed Framework signed in October 1994, and considerable negotiations took place on such an exchange at that time.

I was the point man during those negotiations and in hopes the historical record may be of some use, I list below what was agreed upon bilaterally, and the unilateral actions taken by the US side, to prepare for an exchange. My colleague at the time, Jeff Goldstein—who worked with me on the negotiations—has confirmed my recollections.

There were five meetings of negotiating teams, alternating between Pyongyang and Washington, from September 1994 through mid-1995, as well as copious direct communications between the teams via fax and phone.

The US side was optimistic the exchange would take place, and the DPRK side (the Foreign Ministry) seemed dedicated to the enterprise until very late in the process.

The exchange was to have been under the Vienna Convention on Diplomatic Relations, Article 14 (c). This article describes a class of mission accredited to the Foreign Minister of the receiving state (Secretary of State for the US) instead of the Head of State. The Republic of Korea at first objected to this as being “official diplomatic relations,” which it indeed was to be, and suggested the US and DPRK negotiate a special unique bilateral agreement outside of the Vienna Convention. The US, however, said it would not send people to the DPRK without the full diplomatic protection of the Vienna Convention.

The head of mission would be called “Head of Liaison Office.” The DPRK side asked if it sent a person to be Head of Liaison Office who had previously held an ambassadorship if they could be addressed as “Ambassador.” The US side said such a person could use the honorific title in self-reference but it would not convey the person to be an ambassador accredited to the US.

Each Liaison Office could have up to seven people. It was agreed that the size would be expected to increase reciprocally as the relationship expanded, and eventually, there would be an exchange of embassies and ambassadors.

The US Mission would be allowed to have a satellite dish for communications. The DPRK side would use the same communications setup used by its mission to the UN in New York, an AT&T phone line capable of voice and data transmission.

The two sides signed a consular affairs agreement that was exactly the same as that in force between the US and China. It was also agreed that consular services/protection could be given to any person who entered the receiving state on the passport of the sending state (i.e., the DPRK could not claim to have representation rights based on Korean ethnicity or birth in the territory of the DPRK; entry into the US had to be on a DPRK passport for consular services to be rendered).

However, it was agreed that US Liaison Office personnel could travel to the Sinpo site of the two Light Water Reactors (LWRs) to be built under the Agreed Framework on the basis of advance notification rather than a request for permission. If no denial of travel was given within the time between advance notice and scheduled travel, the travel could automatically proceed. Travel to areas other than Sinpo would require advance permission. Likewise, the DPRK Mission to the UN could travel back and forth to Washington, and DPRK Liaison Office personnel could travel to New York, Chicago, and Los Angeles, on the same basis of advance notification, unless express denial was given. DPRK Liaison Office personnel travel to other areas of the US would require advance permission.

The US side toured the schools for diplomatic corps children in Pyongyang (Chinese, Russian, and a general school for all other countries that taught in English.) The schools were determined to not be sufficient for US dependents.

The US side requested permission to supply its liaison office and enter and exit the DPRK for logistical support, medical and educational reasons (schooling of dependent children in Seoul), through the DMZ. The DPRK considered the request but in the end, said it would not be possible, but agreed the US side could request such transits in cases of extraordinary circumstances—there was considerable discussion of medical emergencies—with no guarantee of permission being granted.

The DPRK side toured office space in Washington and housing alternatives in Washington and Northern Virginia. At that time the DPRK side indicated that it was being allocated the same budget as the UN Mission in New York, and was pleased by the lower costs and larger housing in the DC area. It made no final decisions on office space but indicated it would probably choose housing in Northern Virginia.

The DPRK team toured the State Department and the protocol office showed it where the DPRK flag would be placed in the row of flags of countries that have diplomatic relations with the US that grace the foyer of the main entrance to the Department. The DPRK delegation was also hosted for lunch on the seventh floor.

The US side toured several possible liaison office sites and looked at diplomatic housing in Pyongyang. Most of the sites were in need of some significant upgrading. It also toured the German compound, which was very large and had held an East German mission of some 140 while the post-unification German staff only numbered four. The buildings and housing on the compound were in good repair. A German government security team had recently swept the compound. It had found a large bugging system placed by the East German security service in the compound for self-surveillance, which was removed, but no other intrusive devices were found. The US side indicated to the DPRK that it would pursue leasing space in the German mission compound directly from Germany.

An official from the State Department’s Foreign Buildings Office and I traveled to Bonn and signed a lease with the German government for seven apartments on the compound, two heated garages, a large amount of office space, joint use of the compound’s recreational facilities, and use of the empty ambassador’s residence for representational events (until a German ambassador arrived; the German government was still deciding whether to send one at that point).

The State Department named Spence Richardson, a career Foreign Service Officer with Korean experience, to be the head of its Liaison Office. Several other Korean-speaking Foreign Service Officers volunteered for assignment to Pyongyang. Some non-US government individuals fluent in Korean were contacted about serving. There would have been no problem staffing the US Liaison Office. Richardson was assigned to Seoul for advanced language training to polish his Korean and specifically be instructed in the differences between North and South Korean vocabulary and phrasing.

However, the letter didn’t come. Instead, in summer 1995, the DPRK side sent a message that it was delaying the exchange indefinitely. Later that year the DPRK said it was canceling the exchange until further notice.

It is conjecture as to why the DPRK canceled the exchange. When a US Army helicopter strayed across the DMZ in December 1994 and was shot down, killing one pilot and wounding the other, the US point of contact in trying to retrieve the wounded pilot and the body of the dead pilot was through the newly established channels to the Foreign Ministry that had been opened up during the Agreed Framework talks. The North Korean military establishment angrily insisted on controlling the discussion for the DPRK side. Additionally, the US Liaison Office negotiating team detected strong tension between military and Foreign Ministry personnel during a trip to the northern side of the DMZ to inspect possible crossing points should the DPRK side agree to any use of the DMZ crossing by the US Liaison Office.

The timing of the helicopter incident was unfortunate. The DPRK liaison office negotiating delegation was arriving back in Pyongyang from a meeting in Washington, having leaned as far forward as it probably could on the issue of DMZ crossing, just as the helicopter was shot down. My personal speculation is that the North Korean military became resistant to the idea of a US diplomatic establishment in Pyongyang that would become the focal point of US-DPRK dialogue, perhaps even on military issues, and bypass the DPRK-US military channel in Panmunjom. Perhaps the military made the argument that the DPRK had functional representation in the US through its UN Mission and there was nothing additional to be gained by giving the US a liaison office in Pyongyang.

It is interesting to speculate if US-DPRK relations might have been different over the years had there been liaison offices in each other’s capital. Often just talking to—or how to talk to—the DPRK became an issue in itself.

The Singapore Summit may change all that. If the commitment to a new relationship begins with an exchange of liaison offices, perhaps the history of what happened last time will be useful context.