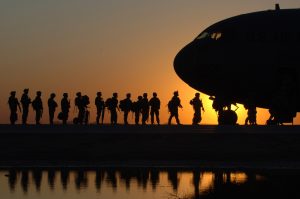 According to news reporting, President Trump said on June 12 that the United States will end its annual joint military exercises with South Korea while diplomacy with North Korea continues. The president said it would be “inappropriate” for the drills to take place while talks with the DPRK were ongoing. Further, he complained that the exercises—which he described as “war games”—were costly and stopping them “…will save us a tremendous amount of money.” The president deserves credit for taking a long overdue and politically difficult step.

Given how much the North Koreans detest exercises that are intended to demonstrate the US-ROK capacity to “decapitate” the North Korean leadership and overthrow the Kim regime, his surprising commitment is the most strategically significant confidence building measure (CBM) that could be made, especially since it was offered unilaterally and outside the formal talks with the North Koreans. In effect, the president’s statement also reciprocates the North’s earlier stoppage of missile and nuclear tests—a CBM tit-for-tat.

The president’s announcement does not necessarily mean there will be no more combined military exercises with South Korea. The high cost of these exercises stems principally from the participation of nuclear-capable, strategic air and naval assets, such as B-1B/B-2/B-52 bombers, F-22 fighters and ballistic missile submarines (SSBNs) capable of launching nuclear warheads.

These strategic systems make the nature of some US-ROK combined exercises highly provocative, and are not compatible with the president’s clear intent to build trust and move the new US-DPRK relations toward a more normal state-to-state relationship.

However, most US-ROK combined exercises are conducted at the operational level and are designed to meet less strategic, high policy level needs. The most important alliance exercise training objectives revolve around the command and control (C2) function, involving such actions as decision-making, informational flow and supervision of subordinate units, particularly within multinational and combined commands. Finally, the exercise must stress the alliance C2 capability at all levels to a changing situation. They do not, therefore, project the same provocative intent and are not as expensive. Also important, the North Koreans have acknowledged in the past that such exercises are acceptable. These exercises are “defensive in nature” and necessary as a deterrent against North Korean provocations. Consequently, continuing these exercises should not cause problems with North Korea.

Why do we conduct military exercises? While there are numerous reasons, some practical and others esoteric, for undertaking the long-range planning, budgeting, troop deployments, and so forth to make an exercise happen, the real reason is far less complicated. We exercise because—as any athlete or coach knows—the way we practice is the way we play. However, since war is not a game, the “practice;” that is, the exercise, becomes all that more important and necessary.

So, where does all this exercise-related information take us? The points below lay out a recommended ROK-US Alliance exercise program.

The above notwithstanding, it is wise we remember this advice: we must enter such high-level strategic agreements with the DPRK gingerly and with “eyes wide open.” As former Secretary of Defense Dr. William Perry remarked, when negotiating with North Korea we need strong “sticks” plus enticing “carrots.” Ending or significantly reducing today’s alliance military exercises surely serves as an “enticing” carrot. Still, however, we must keep a “strong stick” at the ready if the DPRK fails to live up to its responsibility.