Commercial satellite imagery of North Korea’s March 16 [Truck] Factory[1] indicates that over the past eight months, a shelter has been torn down, rebuilt and then dismantled again. The exact nature of this activity is unknown, however, it is probable that it is related to the North’s ballistic missile program for several reasons:

Located 29 km northeast of Pyongyang, in the city of Pyongsong, the March 16 Factory was established on March 16, 1977 to produce heavy trucks for both civilian and military use.[3] While long suspected of supporting the North’s ballistic missile program, it was only during late 2017 that this was confirmed by open source satellite and ground imagery.[4]

During mid-October 2017, the arrival of equipment and material for the construction of what would soon be a uniquely configured temporary shelter on the west side of the factory’s final check-out building was first observed. Subsequently, it was revealed that the building and temporary shelter were used to modify the Hwasong-15 TEL and test the operation of its elevation cradle and detachable launch table for the November 28, 2017 test launch.[5]

Figure 1. Building and temporary shelter that were used to modify and test components of the Hwasong-15 TEL.

Following the Hwasong-15 test launch, the shelter remained essentially untouched until early 2018 when imagery from March 11 shows that the shelter’s covering was removed and the structural framework was being modified.

Figure 2. Major modifications to the shelter occurred between December 2017 and March 2018. 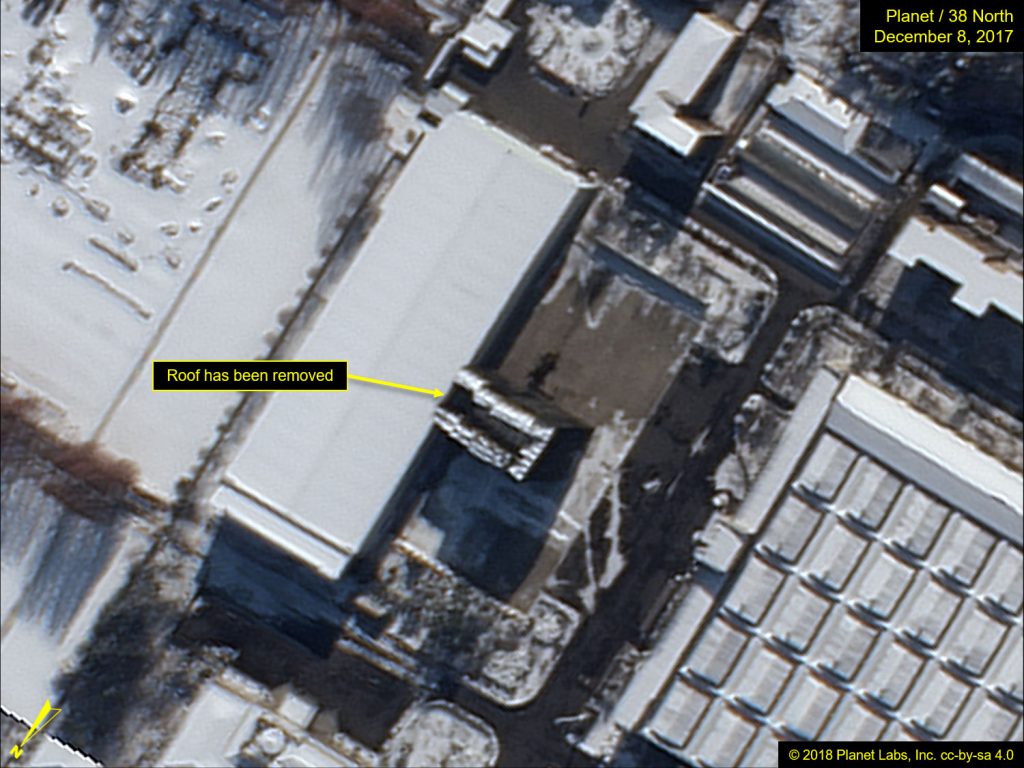 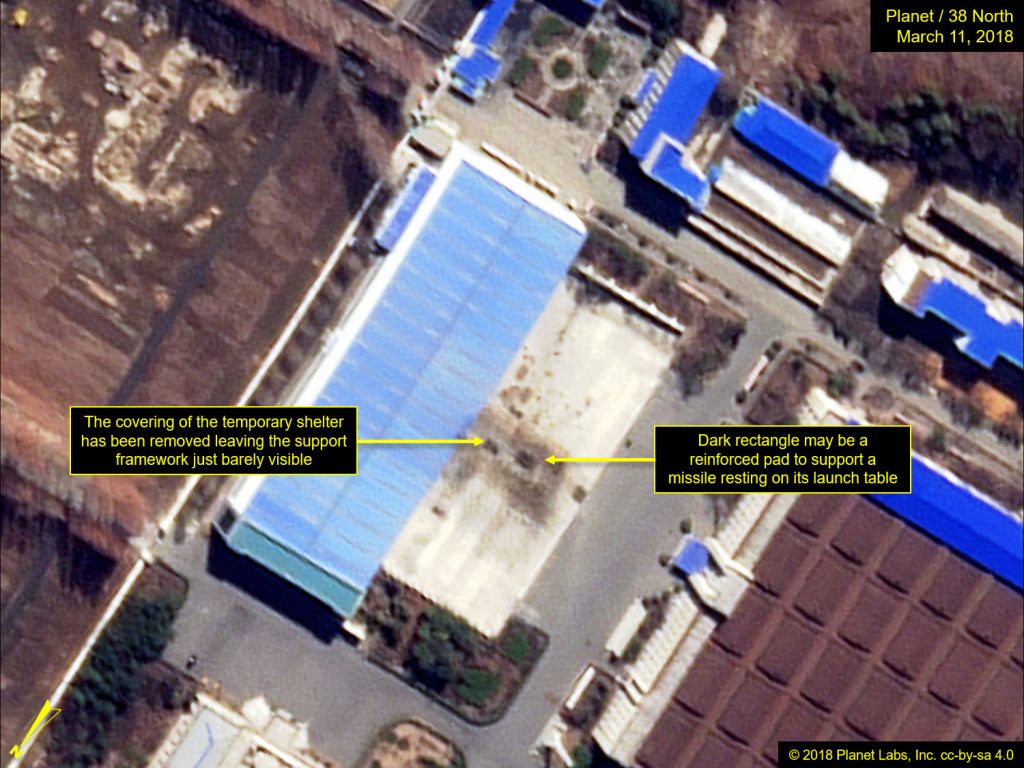 Imagery from April 28 shows that the framework was apparently being rebuilt. By June 30, the newly modified framework was once again covered with what appears to be canvas tarps.

Figure 3. Reconstruction of the shelter’s framework occurred between April and June 2018.

Figure 4. Dismantlement of the shelter took place between August and September. 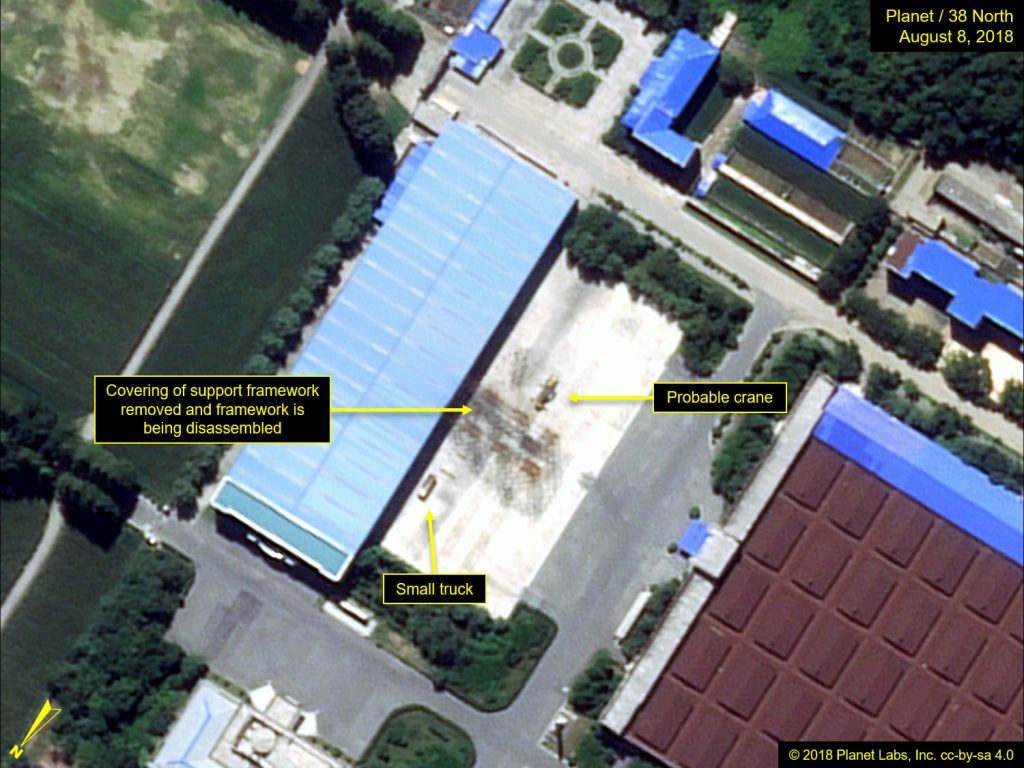 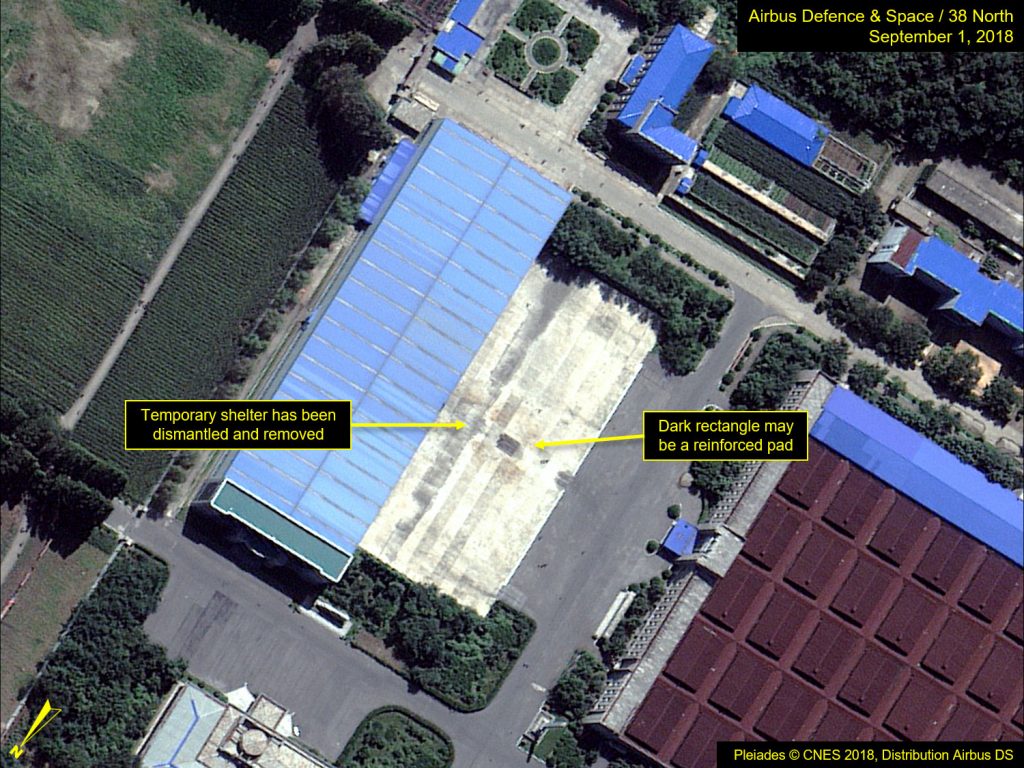 Update: The title and text of the article were corrected on September 12, 2018.