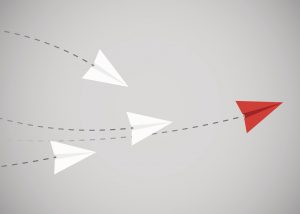 Despite his reckless threats and taunts last year and his premature statement that there is no longer a North Korean nuclear threat made immediately after the Singapore Summit in June, President Trump has taken—mostly—sensible steps to reduce the risk of war and make possible the denuclearization on the Korean Peninsula. What’s more, is that he’s done so over the objections of his advisors, the Republicans and Democrats in Congress, and Washington’s foreign policy establishment.

To break through the current impasse, Trump should continue ignoring the prevailing skepticism in Washington and reaffirm, perhaps at another summit, his reported unconditional offer of a political declaration ending the Korean War while maintaining a freeze on large military exercises—if North Korea continues to suspend nuclear and missile tests. He should press Kim Jong Un to take a significant step towards denuclearization such as suspending the production of fissionable material once the declaration is issued.

I see no downside to the political declaration to end the Korean War. Critics suggest that it would somehow mean that the United States would need to accede to a demand by the DPRK to end its alliance with South Korea or to withdraw its forces from the Korean Peninsula. It is not at all clear that North Korea even desires either of these steps but even if it raised them, the US would be free to refuse. The alliance and the troop presence are both directed not only at the North but at other countries as well, most notably China and Russia.

Moreover, the suspension of certain military exercises, especially large-scale, live-fire drills, is a reasonable concession in return for North Korea’s hold on nuclear and ballistic missile tests—it is, of course, the “freeze-for-freeze” arrangement that China and Russia have been promoting, and which skeptics said the DPRK would never accept. But now that it has, we can find ways to maintain readiness without these exercises as long as it is clear this is a quid pro quo for the continued suspension of nuclear and missile tests.

President Obama, upon leaving office, warned Trump that North Korea’s nuclear program was the greatest threat he would face. Indeed, when Trump took office, North Korea was testing nuclear weapons and ballistic missiles at a rapid pace while the US and South Korean militaries conducted increasingly larger military exercises, which Pyongyang viewed as a prelude to war. North Korea seemed reluctant to agree to any negotiation if denuclearization of the Korean Peninsula was the explicit goal. Meanwhile, the United States was unwilling to discuss steps to reduce tensions unless the North agreed to the complete, irreversible and verifiable denuclearization of North Korea.

Despite the criticism, a summit between Trump and Kim Jong Un was a smart way to resolve these fundamental issues and jumpstart a long and serious negotiation process.

Both sides embraced a “freeze-for-freeze” arrangement—meaning no nuclear or ballistic missile tests or military exercises while talks were underway (Trump, however, should have consulted South Korea in advance and he should not have used the North’s language to describe the exercises).

At the Singapore Summit, the two leaders then acknowledged the main goal of the other side in the negotiations. Kim Jong Un committed to work toward complete denuclearization of the Korean Peninsula and Trump agreed to transform US-DPRK relations and work toward a sustainable peace regime, or essentially, provide security guarantees. They appear to have agreed in principle that steps toward denuclearization and moves toward peace should occur in tandem and over a long period of time.

This outcome laid the foundation for each country’s diplomats to start negotiating the details on how to implement these broad goals. However, Trump’s advisors have essentially reversed the president’s position and demanded denuclearization before any discussion of peace.

To regain control of his North Korea policy, President Trump must order his administration back to the negotiating table to deal with three sets of issues. Another summit would not be an unreasonable venue, preferably with the agreement largely worked out in advance.

First, and most importantly, there needs to be a common understanding (and ideally documentation) of past and future steps each side has taken and will take. Prior negotiations have failed because the two parties disagreed about what commitments were made. For example, US diplomats need to get on the same page regarding what missile tests the DPRK has agreed to suspend, especially if satellite launches are included, as this distinction has derailed agreements in the past. They also need to communicate to North Korea which military exercises the United States has suspended and clearly specify what would lead to their resumption. The back and forth between the White House and the US Department of Defense on this issue indicates that there is no clarity on this within the administration let alone with the two Koreas.

The two remaining issues are more complicated and require considerable patience and a willingness to compromise from all parties. But conducting them at the same time could increase the chances of success.

One set of discussions needs to be about the measures that each side will take to achieve denuclearization and peace. In the early stages of talks, the most likely path forward will be some combination of simultaneous unilateral steps and joint political statements. The DPRK is pressing for a declaration that the war has ended as the first joint political move to reduce tensions and increase security. Further steps might include opening interest sections or liaison offices in Washington and Pyongyang, and formal declarations from both parties of no hostile intent. The DPRK will have its own proposals and we should be ready to consider them.

On the nuclear front, there is disagreement among experts about whether the US should press first for a freeze on the production of weapons-grade material or for a declaration of all existing nuclear weapons-related sites. However, either would be a significant step forward and the US might want to put both on the table as possible options. Both actions would need to be monitored and there would need to be negotiations about inspection procedures. Whichever of these measures comes first and has been appropriately verified, the other matter should be next on the agenda, again with some kind of verification standards. The process of negotiating and implementing these two measures would likely take several years but impose verifiable limits on the North’s manufacturing capabilities. Then negotiations would need to turn to the process of destroying the existing weapons, fissionable material and production facilities. This process will be more difficult and would also take several years to negotiate and implement.

As many skeptics suggest, we may find that North Korea is not, in fact, ready to destroy all of its weapons and its production facilities or to permit the intrusive inspections that would be necessary to verify such an agreement. However, the only way to find out is to negotiate step-by-step and see how far we get. Even if negotiations stalled after the confirmed freeze on production and the verified declaration of all relevant sites, we would be in a far safer position than if the discussions break down and testing and exercises resume before any actions toward denuclearization have been taken.

We can increase the chances of success by conducting simultaneous, parallel negotiations on the permanent structures that would be put in place to maintain peace and security and to assure the permanent denuclearization of the entire Korean Peninsula. My own view is that there needs to be a set of related treaties—each negotiated and ratified by a different set of countries—outlining commitments of each country during this process and permanently.

The agreement on the permanent denuclearization of the Korean Peninsula should be in the form of a Nuclear Weapons Free Zone Treaty agreed to by the five Nuclear Nonproliferation Treaty (NPT) nuclear weapons states and at least the two Koreas. Ideally, Japan would also join and commit to remaining a non-nuclear weapon state. The two Koreas would agree not to manufacture or store nuclear weapons and not to permit another state to keep nuclear weapons on their territories. The five nuclear weapons states would provide negative and positive security assurances to both Koreans (and to Japan if it joined) committing not to threaten or use nuclear weapons and to defend either Korea if so threatened. There would be agreed on-going inspection procedures perhaps implemented by the IAEA should the DPRK rejoin the NPT.

The peace treaty would be signed by the two Koreas, the United States and the PRC and would formally end the Korean War. The six powers, and perhaps others, would then join a treaty creating a security structure for Northeast Asia.

As we debate the effectiveness of Trump’s negotiating strategy, we should focus on what was actually promised by each side. North Korea committed to not testing nuclear weapons and long-range ballistic missiles and it has kept that commitment. It has not agreed to unilaterally or immediately stop its manufacture of fissile material, warheads or missiles. It has not committed to disclosing all of its production sites.

While these are all reasonable demands that US diplomats should press for if serious working-level negotiations begin, we should not expect the North to exercise additional restraint without reciprocal measures that they see as improving their security, such as a political statement that the war is over. Trump should follow his instincts—and the commitment he made in Singapore—and accept such a trade.

The cost of not negotiating runs exceedingly high and could lead to a war nobody wants. Rather than condemning Trump as incompetent and naïve, congressional leaders and foreign policy thinkers should stop looking for early breakthroughs that lack substance and instead support negotiations with expectations tied to the complexity and extent of North Korea’s WMD programs. It is time to give quiet, painstaking diplomacy a chance.