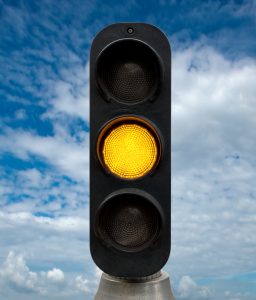 Carefully, on little cat feet, Pyongyang has sent a new warning about the mounting dangers of what it sees as Washington’s “all-take-but-no-give” approach in the aftermath of the US-DPRK Summit in Singapore. As a means of escalating the profile of its criticisms while still keeping them from crossing the line into a formal, official complaint, Pyongyang chose to issue a “commentary” on November 2 by Kwon Jong Gun, director of the Foreign Ministry’s Institute for American Studies (IFAS). Kwon is concurrently the director general of the Ministry’s North American Affairs Department, which implicitly gives his words added weight; moreover, this is the first time that an IFAS director has publicly issued a comment since the institute was formed in 2015. Previous comments have been issued in the name of the IFAS “spokesman” or various institute “researchers.” Operating under the IFAS umbrella seems to have given Pyongyang more flexibility in publicly dealing with issues of US-DPRK relations, allowing it to comment at greater length and with somewhat more nuance (though less authority) than statements issued by the Foreign Ministry itself.

Kwon’s threat, carefully couched, raised the specter of the North revising the new “strategic line” announced at a Workers’ Party plenum last April and bringing back the previous “byungjin” two-line policy, i.e., simultaneous focus on the nuclear program and the economy, under which the North made considerable progress in both its nuclear and missile programs from 2013 to 2017. Kwon warned that such a shift back to the previous policy “could” (not “would”) occur if the US fails to mend its ways and sticks to its current course. Perhaps even more serious, he warned that “such a view has already begun to appear in the DPRK.” Presumably, this is meant to be a reference to internal discussions, because Kwon’s was the first time that viewpoint is known to have appeared in DPRK media.

In the commentary, Kwon put forth what may actually be a high-level perception in Pyongyang—that the US did not get serious about talks until the North demonstrated in 2017 that it could strike the US mainland with an intercontinental ballistic missile (ICBM) and made clear that the DPRK nuclear threat to the US mainland was “only a matter of time.” A worst-case interpretation of that position, unstated by Kwon, is that the North might at some point in the future decide the only way to get the US into productive talks would be to demonstrate even more starkly its ICBM capability.

Although there were probably some tactical considerations involved, it would be a mistake to interpret Kwon’s warnings as simply preparation for upcoming US-DPRK meetings, which could occur possibly as early as later this week. Kwon’s fundamental position goes to the heart of Pyongyang’s concern that the US has been moving backwards, away from the agenda the two leaders laid out in the Singapore Summit joint statement. Kwon held up for ridicule the widely accepted position in Washington that it was sanctions that brought the DPRK to the negotiations, and that sanctions would not be removed until the North had finished denuclearization, a stance Secretary of State Pompeo articulated on November 1: “The economic sanctions will not be lifted until such time as we have had the capacity to verify that they have eliminated their nuclear program.” A slightly different version of that formulation appeared in the October 31 US-ROK Security Consultative Meeting communique: “…full implementation of all UN Security Council resolutions would continue until we are confident about North Korea’s complete denuclearization in a final, fully verified manner.”

The North’s new line—everything for the economy—was a pillar for Kim Jong Un’s shift in early 2018 to a policy of engagement with both Seoul and Washington. Long planned, with the foundations for that shift laid throughout 2017, the new line has been explained to the internal audience as the reason for this year’s intense focus on the economy, and for Kim’s very public insistence on improved performance in economic tasks by everyone, from lowly local officials all the way up to Cabinet. Backing away from that is not impossible but is probably not something Kim would want to do without making sure he had exhausted all possibilities with the US, including a second US-DPRK summit.

Despite the highly critical, and in a few places threatening, nature of the commentary, Kwon pulled punches on one crucial point. Though aimed at “high-ranking officials of the White House and the US Administration,” Kwon’s steered away from singling out President Trump, thus backing away somewhat from two commentaries carried by the North’s news agency KCNA last month, both of which specifically complained about the “US president.” Moreover, the overall tone in Kwon’s piece was not so much of confrontation but of ridicule about the US position. He cited “international opinion” to back up his criticism of the US and claimed that the UN itself has said that sanctions are “not unchangeable.” Until early this year Kwon had served as counselor at the DPRK UN Mission, and has direct experience with the North’s travails at the United Nations.