On September 6, 2018, North Korean media reported what amounts to a new formulation on the nuclear issue from Kim Jong Un:

Noting that it is our fixed stand and his will to completely remove the danger of armed conflict and horror of war from the Korean peninsula and turn it into the cradle of peace without nuclear weapons and free from nuclear threat, he said that the north and the south should further their efforts to realize the denuclearization of the Korean peninsula. 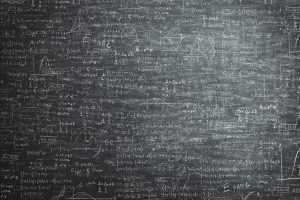 In one sense, the underlined portion would seem to be nothing more than a repetition, in new words, of the term “denuclearization.” Kim’s public remarks on the nuclear issue, however, are never so simple. They are carefully considered. The introduction of a new formulation is more than simple word choice. It is meant to signal something important.

To understand this point, it’s useful to look at recent history. In July 2017, at the time of the first successful launch of a Hwasong-14 intercontinental ballistic missile, Kim declared that:

[The] DPRK would neither put its nukes and ballistic rockets on the table of negotiations in any case nor flinch even an inch from the road of bolstering the nuclear force chosen by itself unless the U.S. hostile policy and nuclear threat to the DPRK are definitely terminated.

This formulation was generally taken by outside observers to be a repetition of the DPRK position that it would not negotiate over its nuclear and missile programs. In fact, read correctly, it was a major public signal of just the opposite, that Kim would—at some point—be open to negotiations on the nuclear issue. Beginning in March 2018, Kim has, in fact, done just that: moved to put both the DPRK nuclear and missile programs “on the table.”

This point is not easily understood or accepted. Suspicion of the DPRK is so great that virtually nothing the North says or does registers except in a negative way. As a result, too many observers fail to grasp that Kim’s public utterances are not wordsmithing or substituting definitions for substantive progress. There are a thousand and one interpretations of how Kim’s remarks could be meant to throw sand in the eyes of multiple players. Yet it is well to bear in mind that any negotiation, and especially one with the DPRK, has to start with an understanding of what the terms—specifically the most central terms—mean. In this regard, it is crucial to understand that the term “denuclearization” has always been problematic for the North Koreans internally. Is the term a description of a process or of an endpoint? Crucially, did use of the term at the start of negotiations commit the North to a final outcome even before the details of a deal had been worked out? Put another way, from Pyongyang’s perspective, by agreeing to “denuclearization” at the outset, is it committing itself to an endpoint, or is it accepting a process that will proceed alongside and in tandem with steps by the US? This tyranny of definition has, to a lesser degree, bedeviled Washington as well. Is denuclearization the “complete, irreversible, verifiable” end to the North’s nuclear and missile programs? Is it the “final, fully verified” end to these programs?

In the US-DPRK Joint Statement signed at the June 2018 Singapore Summit, the North was careful not to commit itself to an endpoint but to a process, “Reaffirming the April 27, 2018 Panmunjom Declaration, the DPRK commits to work toward complete denuclearization of the Korean Peninsula.”

This was not a dodge so much as a reaffirmation that the North was committing itself specifically to a process that (unstated in the summit declaration, though made abundantly clear elsewhere) was dependent on simultaneous, or at least “synchronous,” action on Washington’s part to address Pyongyang’s concerns.

So, how does Kim’s new public formulation—a “cradle of peace without nuclear weapons and free from nuclear threat”—change, or inform, or from Washington’s standpoint, possibly improve the situation? With the new announcement, Kim has more precisely defined—both internally and externally—what “denuclearization of the Korean Peninsula” means to Pyongyang, and thus how the North intends to use the term in future discussions with Washington. Theoretically, although the proposition remains to be tested, once the diplomatic process develops real traction, it means that Kim Jong Un has publicly opened the way for the talks to aim for what the US might describe as a “full” and “final” end to the North’s nuclear weapons program—i.e., zero nuclear weapons and total dismantlement of the infrastructure support of a nuclear weapons program. Another proposition that remains to be probed is whether and to what extent Kim’s recent announcement is meant to give him additional maneuver room in dealing with Washington’s demands. At the same time, the current formulation makes clear again that, as far as Pyongyang is concerned, this US goal can only be achieved in its total context—a Korean Peninsula “without nuclear weapons AND free from nuclear threat.” There is much speculation, so far all without foundation, on what the meaning of “free from nuclear threat” would be. It remains to be defined in negotiations yet to get underway.

Time is short for the process to move far enough and substantively enough to withstand what could turn out to be a major shock in US politics as a result of the upcoming midterm elections. As of mid-August, Pyongyang made clear it understood the president’s perilous political situation. There are some signs that it is discussing internally and attempting to prepare for what may come in the post-election environment, though, as in October 2000 when it delayed sending Vice Marshal Jo Myong Rok as a special envoy to Washington until only a few weeks before the US elections. It may again be too little, too late.