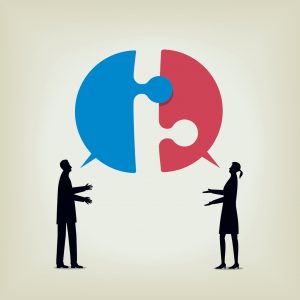 The US has allowed an unrealistic goal—complete, verifiable, and irreversible denuclearization (CVID-or, in Trump era parlance FFVD[1])—to drive its diplomatic engagement with North Korea. It has compounded this problem by using ineffective tactics to achieve this goal. Unless the Trump administration abandons this concept and its quixotic campaign of “maximum pressure” in favor of conditional, reciprocal, incremental denuclearization (CRID—a term, suggested by Chinese scholar Xin Qiang[2]), the negotiating deadlock with North Korea will likely persist and with it, a possible return to crises and confrontation looms.

The Trump administration’s North Korea policy continues to cling to the myth that pressure and sanctions are what “brought North Koreans to negotiations table.” In accordance with this logic, applying and sustaining this pressure will create such an unbearable situation for the North Korean regime that sooner or later it will capitulate and give up its nuclear weapons.

However, nothing can be further from the truth. Kim Jong Un, in fact, held the upper hand in late 2017, after he appeared to acquire the capability to threaten US territory directly with an intercontinental ballistic missile (ICBM). As a result, Kim believes that negotiations with the Trump administration should now be conducted on the basis of “equality.” He also expects the US to take reciprocal and synchronized steps during this process and to drop its demands for unilateral concessions from the DPRK. Kim appears open to discussing the magnitude of such concessions within certain limits, but not as a “defeated party.” Thus, Washington’s position of complete “denuclearization first, rewards after” is and will remain a non-starter. More importantly, Kim sees America’s unwillingness to take unilateral steps as Washington having no intention to reach a deal that could satisfy both parties.

The timing and scope of sanctions relief has now become a chief sticking point in US-DPRK negotiations; the administration has dug a deep hole for itself and if it wants to get out it must first stop digging. Sanctions are of little value in bringing about a change in North Korean behavior or strategic calculus. They are not forcing Pyongyang to make more unilateral concessions. On the contrary, as Russia’s North Korean interlocutors have explained repeatedly, Pyongyang sees the expanding sanctions pressure as further proof of US “hostile intent”—imposing more sanctions only makes the North dig in its heels more firmly.

In discussions last month in Pyongyang and elsewhere, North Korean experts gave their candid analysis of the practical implementation of the Panmunjom and Pyongyang Declarations following the two inter-Korean summits and the Singapore Joint Statement; they also discussed ways of sustaining momentum behind the significant progress that has been made in reducing tensions on the Korean Peninsula over the past year. The North Koreans reminded us that they have closed their nuclear weapons test site, started to dismantle the Tongchang-ri (also referred to as the Sohae Satellite Launching Station) rocket engine test stand and launch platform, and expressed a willingness to permanently dismantle the nuclear facilities in Yongbyon if the US takes “corresponding steps.” However, they also informed us that Pyongyang has decided it will do no more to satisfy US requirements unless it sees reciprocal steps, and that all the measures the North has taken to date can be reversed. Putting a punctuation mark on this view, a North Korean official statement on November 2 stated: “Now that we gave all things possible to the U.S., things it hardly deserves, by taking proactive and good-will measures, what remains to be done is the U.S. corresponding reply. Unless there is any reply, the DPRK will not move even 1 mm, how costly it may be.”

North Korea’s recent threat to restart “building up nuclear forces” if the US didn’t ease sanctions should not be taken lightly. Kim wants not just an easing of sanctions but also reciprocity and synchronized movement to achieve his goal of ensuring the survival of his regime and the country. However, the US has so far signaled that it is politically impossible for US to remove sanctions until after denuclearization, as they are seen as a justified punishment for North Korea’s illegal acts. The negotiations have been described as being in a “holding pattern,” and it remains unclear how the stalemate will be broken.

What the Future Holds?

While sanctions certainly pose a formidable challenge, the problem runs much deeper than that: the US goal of complete, verifiable, and irreversible denuclearization (CVID) and the North Korea objective of obtaining security guarantees may not be attainable, at least in the short run. North Korea’s leadership, understandably from Russia’s perspective, harbors doubt that the Trump administration will keep its word—or that the US political system can guarantee future administrations will honor the obligations of its predecessor, even if they are in writing and have been approved by Congress. There are, of course, numerous examples of this behavior, from the American withdrawal of the ABM Treaty and the Trump administration’s declaration that it will withdraw from the INF Treaty to its walking away from the JCPOA, the Paris Climate Agreement, and the Transpacific Partnership.

Furthermore, it is unclear what the administration expects from North Korea on complete denuclearization before Pyongyang gets something tangible in return? Does it mean that the North will first have to eliminate all its nuclear weapons and ballistic missiles, destroy all its nuclear and missile production facilities and test sites, and somehow erase all its scientific, technological, and industrial capacity to manufacture these weapons of mass destruction? And who will have the right to declare that “denuclearization is complete”? From the author’s many conversations with North Koreans, it is fantastical to believe that North Korea would give up its only guarantee for survival without proper reciprocity. In fact, Pyongyang does not count on America to offer security guarantees that would render the North’s nuclear deterrent unnecessary—and Kim can continue to sincerely make promises of denuclearization because he does not expect American reciprocity will put him in a situation where he has to make good on his word.

From CVID to CRID

Have the US and North Korea hit a dead end? Is a return to confrontation inevitable? Not necessarily, but only if the US gives up the chimerical CVID and adopts a strategy which a Chinese scholar at a recent Northeast Asia Pacific and Cooperation Forum in Seoul called “CRID—conditional, reciprocal, incremental denuclearization.” Under this approach, denuclearization would proceed in incremental steps undertaken by the DPRK in sync with US steps. An agreed road map for phased denuclearization could be comprised of the following stages:

Staged progress toward denuclearization would be met by conditional, reciprocal, and synchronized US steps including phased sanctions relief, a declaration of intent to end the Korean War, and a permanent peace treaty. The pace of this progress would be conditioned on adequate verification that the North Koreans are fulfilling their denuclearization obligations. Verification should not, however, become a stumbling block: even an unverified, or not fully verified steps, would improve the situation.

CRID would, in effect, model the step-by-step arms limitations and reductions of the US-Soviet-Russian experience of the Cold War and post-Cold war periods. The North Koreans may or may not get to zero-nuclear weapons, but at this point, sustaining the negotiation process itself and the political momentum behind incremental progress can become more important, and is much more realistic, than an end result of CVID. Indeed, the best possible outcome in the near-term, given the constraints both sides face, would be curtailing the North Korean capability to threaten the United States with ICBMs.

Over time, progress toward constructing a broader peace and security regime for the Peninsula would create a context for the North to cap, reduce, and eliminate its shorter range ballistic missiles that threaten South Korea and Japan, while maintaining a small number of nuclear weapons. Such an outcome would weaken the existing global nuclear non-proliferation regime, but probably not terminally, while it would also substantially lessen tensions on the Peninsula and reduce the risk of war.

If the US and North Korea cannot find a way to CRID, the world should brace itself for a new cycle of tensions, threats, and crises; however, as war is not a solution, sooner or later the sides will have to get back to diplomacy. But the stakes might become higher: Kim Jong Un may in the meantime improve its WMD capability and become more mistrustful and less inclined to compromise. Thus, it is essential for Washington to take reciprocal steps to pacify the North Koreans. If total and immediate sanctions relief is out of question now (as the North Koreans most certainly understand) it may nonetheless be possible for the US to make case-by-case exceptions—for example, exemptions to permit work to go forward on the North-South railway connection project.

The US could also leverage the North’s desire (supported by the ROK) for a “peace declaration” to secure reciprocal steps on denuclearization. There is little validity in the argument that a formal end of the Korean War, which a peace declaration would presage, would deprive the United States of its longstanding rationale for the US-ROK alliance and the presence of US troops in South Korea. Nor is it a foregone conclusion, as conventional wisdom suggests, that the North Koreans will demand the withdrawal of all US forces from Korea if a peace treaty is signed. As long as Pyongyang no longer sees the American military presence in South Korea as a threat to its survival, it may welcome those forces as a counterweight to China and possibly even Japan.

The More the Merrier?

A peace declaration could be presented as a brilliant outcome of a second Trump-Kim summit and would give breathing space to US and North Korean negotiators to continue their laborious and time-consuming job of step-by-step actions to diminish nuclear dangers in exchange for political steps from the US (e.g., the establishment of liaison offices, increased political and cultural contacts, humanitarian and economic exchanges, etc.). The current ROK administration would no doubt happily act as a facilitator. China, Russia and Japan would also support a process of phased mutual concessions because of the increased stability and security it would bring to their doorsteps.

Nonetheless, there may also be an important, if limited, role for multilateral dialogue in parallel with the main track of US-North Korean negotiations. For example, the need for in-depth discussion of the true meaning of the words “denuclearization” and “security guarantees” might be undertaken in a track 1.5 format, under the aegis of former Six Party Talk working groups on a regional peace and security mechanism and on denuclearization

This forum would provide an opportunity to hear Pyongyang’s perspective on nuclear and space research areas and a future peace and security system for the peninsula. It could also offer political guarantees for the agreements reached and perhaps assist North Korea with defense conversion and demobilization if Pyongyang and Seoul are successful in building a peace and security regime for the peninsula.

The window of opportunity for diplomacy with the DPRK in a constructive way may close soon—for example, if large scale US-ROK military exercises are restarted, they could cause a disproportional reaction from North Korea, such as resuming missile tests. The best possible remedy that can be suggested is the exercise of political will on the side of President Trump—despite all the controversies around him—to suggest a new phased approach to solving the North Korean nuclear program that is based on reciprocity. Trump has already exercised enormous political courage in agreeing to the Singapore Summit in the first place, continuing to be unconventional to maximize this opportunity would not only benefit his legacy, but could create important momentum for improving the security situation in Northeast Asia along the way.