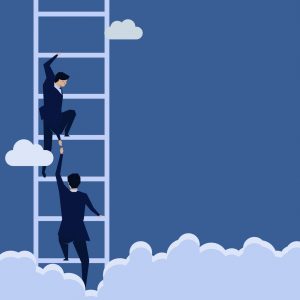 Seven months after President Donald Trump and North Korean leader Kim Jong Un met in Singapore for a historic summit to accelerate negotiations on Pyongyang’s nuclear weapons program, both countries have reached an impasse on how to proceed. By contrast, the separate inter-Korean process has been progressing at a fast pace. A relationship between the two Koreas once defined by mutual hostility and threats is now marked by the most reconciliation and cooperation since South Korea’s “sunshine policy” came to an end almost 15 years ago. If Kim Jong Un and South Korean President Moon Jae-in are not yet best friends, they are certainly more friendly neighbors.

Unfortunately, the North-South track could very well collide with US-DPRK denuclearization diplomacy. The United States is not a direct participant in the ongoing inter-Korean dialogue, but it has the power to either facilitate or thwart progress by virtue of its sanctions and campaign of “maximum pressure” on North Korea to secure American goals on denuclearization. Without substantive sanctions relief from Washington, the road to a durable and genuine inter-Korean normalization could become more treacherous. If Washington does not want to see the wheels come off this process, the Trump administration will need to give its South Korean ally more flexibility to deal with its northern neighbor.

The US and South Korea may be strategic allies with similar objectives, but the two hold different priorities. Washington’s overriding priority is Pyongyang’s complete, verifiable, and irreversible disarmament (CVID)—a goal the Trump administration believes can best be achieved by holding the line on UN Security Council sanctions and increasing secondary US sanctions if necessary. Seoul’s top priority, however, is peace and quiet with its northern neighbor and the avoidance of a war that would kill millions of Koreans on both sides of the Demilitarized Zone. While the South Korean government would certainly not object to a nuclear-free North Korea, a comprehensive and permanent inter-Korean peace does not necessarily require it.

Seoul confronts a dilemma. North and South Korea can probably expand confidence building measures (CBMs) and may at some point try to negotiate conventional force reductions. But strengthening and sustaining inter-Korean normalization and economic integration also depends on consummating the cross-border economic and infrastructure projects both Koreas view as critical steps towards full diplomatic normalization. Moon is also under political and public pressure at home to deliver economic benefits to South Korea from his Sunshine 2.0 policy. Yet those same projects and initiatives are prohibited from going forward due to sanctions. In his New Year’s address, Kim reiterated his demand that the US provide some sanctions relief for North Korean concessions on denuclearization. The Korean peace process is essentially entwined with the denuclearization process. Washington holds some important cards and how it plays them could boost or block further progress.

Leaving the Koreas to Their Own Devices

Seoul has made considerable strides in solidifying a more positive environment on the Korean Peninsula. Since last April, when President Moon and Chairman Kim issued the Panmunjom Declaration, the North and South have agreed on and begun implementing important demilitarization measures in the Demilitarized Zone (DMZ) and the West Sea—all of which are designed to minimize the risk of hostilities, reduce tensions, and accelerate an inter-Korean process that eventually could lead to the peace regime that has escaped both Koreas since the end of the Korean War. In one of the most surreal scenes on the peninsula in decades, North and South Korean soldiers peacefully crossed each other’s borders in December to verify the destruction of nearly two dozen guard posts of the hundreds monitoring the DMZ.

North and South Korea are not yet at peace. They are, however, engaging in a remarkably lengthy period of goodwill. In the past, a single North-South summit during a South Korean president’s entire five-year term would have been considered a historic achievement in its own right. Moon and Kim met three times in 2018, and unlike previous summits, the usual hortatory summit statements have been followed by concrete actions that have changed realities on the ground. Moreover, Moon and Kim have instructed their subordinates to keep the dialogue alive by establishing a number of working groups and liaison offices. Lower level Korean officials no longer need to depend on a telephone line to communicate.

Simply put, the pace of inter-Korean diplomacy has been head-turning. Not even the most optimistic Korea watcher could have predicted in January 2018 that, before the end of the year, the South Korean Defense Ministry would be reviewing the idea of dropping North Korea as an enemy state in its defense white paper. But further cooperation could be put at risk if the US doesn’t show far-sighted leadership.

How Washington Can Empower Inter-Korean Cooperation

To date, the US has not tried to throw a monkey wrench into the inter-Korean peace and reconciliation process, but it hasn’t exactly green-lighted it, either. In its official statements, the administration has welcomed the dialogue. Secretary of State Mike Pompeo was reportedly upset that Washington was insufficiently consulted before Moon and Kim signed the Pyongyang Declaration, which included several de-escalatory and confidence building measures along the DMZ and in the West Sea. Pompeo also sent his South Korean colleagues a warning that progress on inter-Korean relations should not outpace progress on denuclearization, a not-so-subtle reminder to Seoul that Washington would block sanctions relief at the UNSC if nuclear talks remained deadlocked. And when South Korean officials hinted that a relaxation of sanctions on the North may be in the offing, President Trump shot back in the Oval Office that Seoul simply didn’t have the power to do it: “They won’t do that without our approval. They do nothing without our approval.”

While maintaining sanctions and preventing any financial relief to Pyongyang would be politically popular in Washington, it would also be incredibly misguided; it would not only strain US-South Korea relations, but also hinder the prospect of a Korean-owned and Korean-crafted peace regime on the peninsula. It is unbecoming for the US to use its political and financial influence to bully South Korea, particularly at a time when it is reaching for a historic peace with North Korea that, if fully realized, could have a transformative effect on the Korean Peninsula and serve the security interests of Washington and Seoul.

The US should get out of the way and allow the two Koreas to drive the inter-Korean diplomatic process forward without meddling. Indeed, rather than try to weigh Seoul down, Washington should help Moon by allowing some of the minor but symbolically significant cross-border projects to come to fruition. The US would not be doing this solely for the benefit of South or North Korea. It is in America’s interest to transform the Korean Peninsula into a safer, secure and more economically integrated space, and arguably that outcome is more vital to US national security interest than Pyongyang’s denuclearization. The more stable and normal inter-Korean relations become, the less likely an armed conflict will be fought that would draw the US into another war and possibly lead to a US-DPRK nuclear exchange.

Whether further progress on inter-Korean peace is possible will be determined in part by Washington’s stance in the months to come. To date, US officials have been strongly opposed to President Moon getting too far ahead of the nuclear talks and have placed a check on Seoul whenever it believed Moon was acting too quickly on the reconciliation front. For instance, in August 2018, the United Nations Command, likely at US insistence, blocked a South Korean request to participate in a joint rail survey with the North Koreans ostensibly because of a lack of clarity about the survey. Although the request was eventually granted, the UN Command’s initial rejection needlessly delayed the project and had the potential of gumming up an otherwise smooth inter-Korean diplomatic process.

The White House should make a New Year’s resolution to refrain from deploying delaying tactics and instead seek to accelerate progress on North-South reconciliation. There are a number of steps Washington can take to achieve this goal while at the same time simultaneously signaling to Kim that the White House is sincere in compromising rather than simply issuing maximalist demands for unilateral North Korean nuclear disarmament.

The administration should make it clear to both Koreas that, while it will not support fully lifting UNSC or US secondary sanctions until the Kim regime is on a verifiable denuclearization track, it is nonetheless open to accepting certain sanctions carve-outs that move the inter-Korean process down the field. At the UN, for instance, the US delegation could request an emergency meeting of the Security Council’s North Korea sanctions committee to explore a renewable, six-month exemption to restrictions preventing the reconnecting of North-South railroads and highway.

Similarly, Washington could relax or remove sanctions that block Korean companies and entrepreneurs from operating the Kaesong Industrial Complex, a joint North-South economic project which once served as the only reliable forum for North-South exchanges. Concrete, mutually beneficial economic arrangements such as Kaesong would lubricate inter-Korean peace efforts that rely to some degree on economic benefits and quality of life improvements to be sustained. These measures could also be rescinded if Pyongyang’s behavior worsened in a considerable way.

In addition, the State Department could relax the directive that restricts the travel of American humanitarian organizations to North Korea—which amount to collective punishment of the North Korean people for the sins of their government—or broaden exceptions to the current rules in order to expedite trips and work for humanitarian purposes. At the very least, the US State Department should make the process of acquiring a special validation passport fairer to the humanitarian organizations hoping to implement agricultural or medical projects on behalf of the North Korean population. Using foreign assistance programs as leverage to pressure Pyongyang into making negotiating concessions is not only morally unconscionable, but also is directly contrary to the trust building needed to power diplomacy forward. At the international level, if the administration is unwilling to change State and Treasury Department regulations that impede humanitarian assistance, it can do so for non-American organizations by using its position at the Security Council sanctions committee to lift holds that have prevented items like water filtration equipment and spare parts for ambulances from entering the North. Delinking aid in this way would cost the US little in terms of leverage at the negotiating table but would be a simple and pragmatic way to demonstrate Washington’s commitment to Seoul’s ambitious peace agenda. And advancing this agenda would offer a good hedge against the possibility that US-North Korean negotiations remain at an impasse or collapse.

Give Peace a Chance

The US must stop seeing peace on the Korean Peninsula as an exclusively Korean objective and elevate it as a priority in its own strategy for achieving enduring peace and security on the Korean Peninsula. Allowing US frustrations over the pace and scope of denuclearization to undermine—or, worse, stop—a promising inter-Korean dialogue that is the best opportunity in years for a historic peace in one of the most militarized and dangerous parts of the world would be reckless and unforgivable and would cause a serious rift in US-ROK relations. If President Trump wants to win the Nobel Peace Prize he often dreams about, he should follow John Lennon’s advice and give peace a chance. Otherwise, the US is likely to end up with the worst of all worlds: neither peace nor denuclearization.