Commercial satellite imagery of North Korea’s Yongbyon Nuclear Scientific Research Center from February 2019 indicates that despite recent assertions that the 5 MWe reactor is running, there are no obvious indicators that it or the Experimental Light Water Reactor (ELWR) are operating.

Commercial satellite imagery from February 11 and 21, 2019 of the 5 MWe plutonium production reactor shows no indicators that the reactor is operating. There is no steam venting from the generator hall, nor is there any hot water effluent at the cooling water outfall pipe. The last time such activity was observed was in November 2018, when a small outfall was noted, though was likely due to the transfer of residual heat from previous reactor operations.

There is, however, continued movement of vehicles and personnel around the reactor over the last few weeks; roads have been swept clean, showing that the reactor site is being well maintained.

Dredging continues near the 5 MWe reactor’s secondary cooling system, where piles of dredged material now effectively block the river channel that serves the system’s pump house. The purpose of this activity is still unclear.

Figure 1. The 5 MWe Reactor and the ELWR along the partially ice-free Kuryong River. 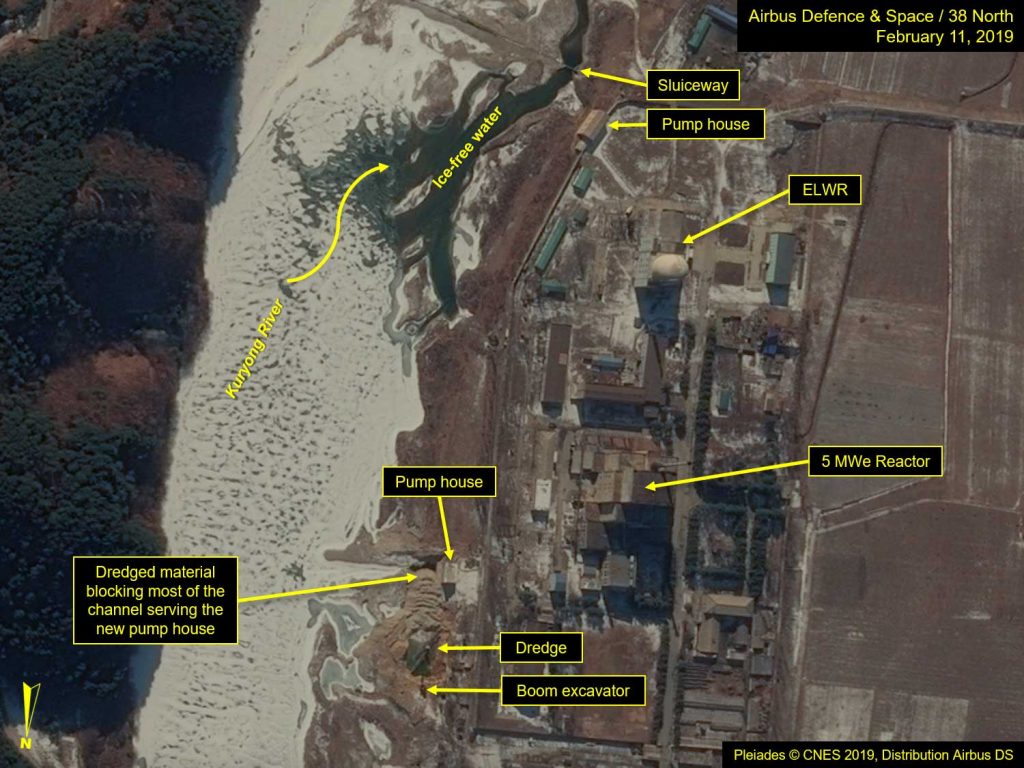 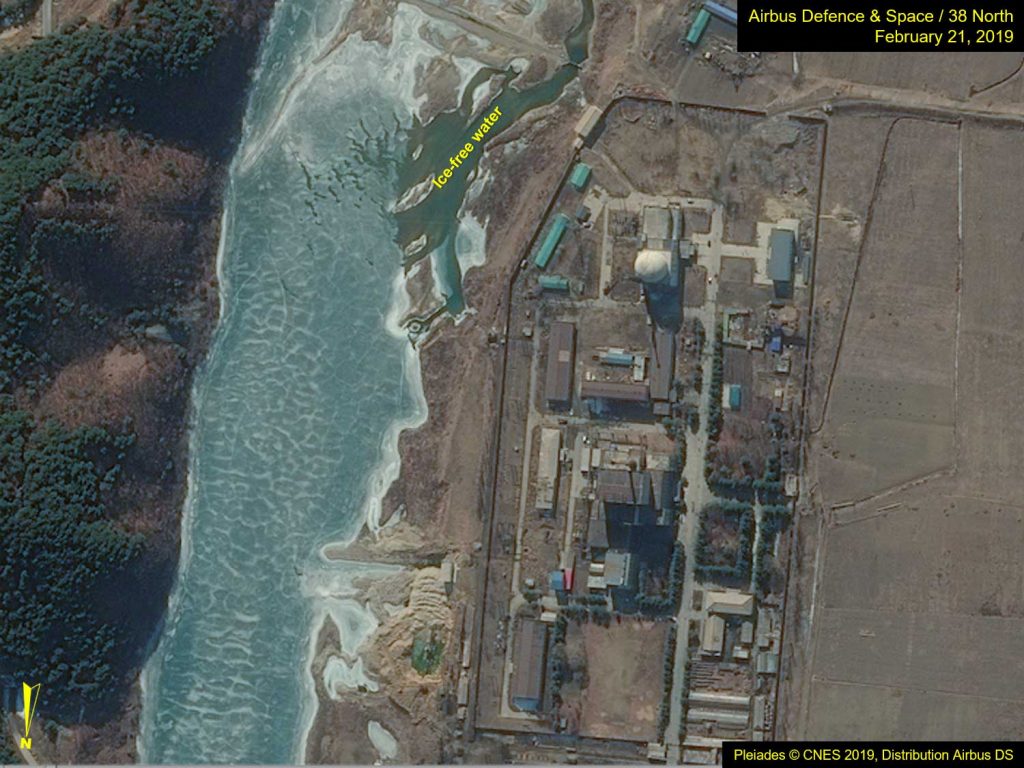 Figure 2. There are no signs that the 5 MWe reactor is running, but the reactor site appears to have undergone substantial cleanup, particularly the roads. 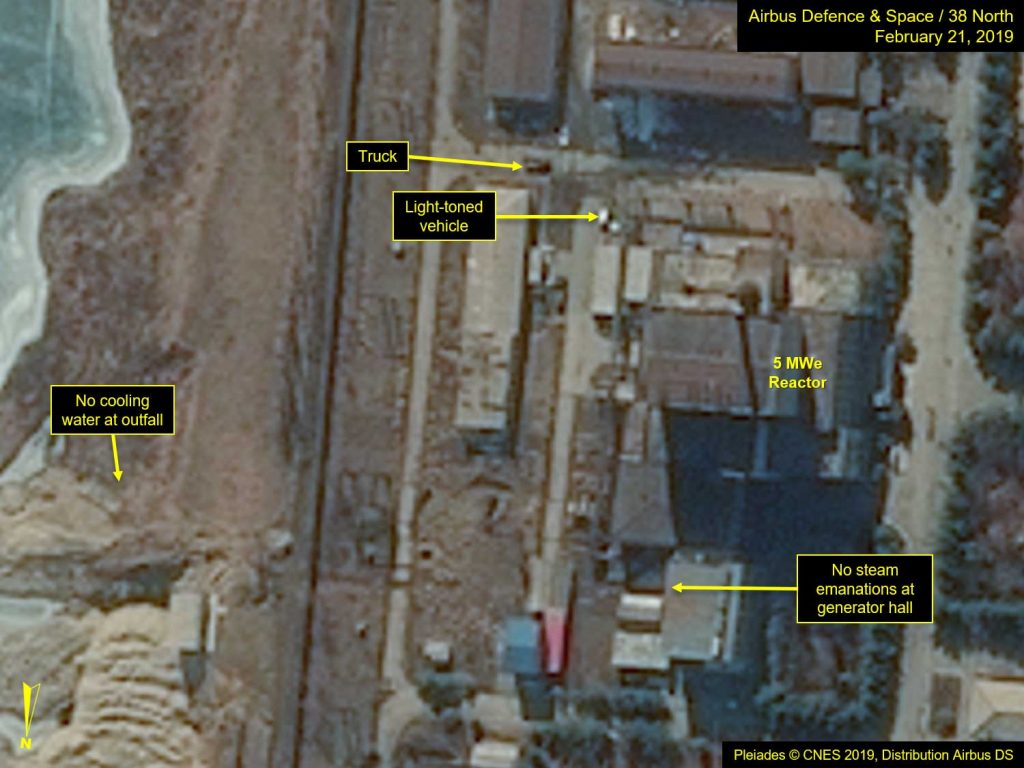 There are no indicators that the ELWR has begun operating, but there is continued movement of vehicles and personnel around the site. The channel associated with the ELWR’s pump house is still mostly ice and snow covered.

Figure 3. There are no signs that the ELWR is operating, but there is consistent vehicle and personnel traffic around the site. 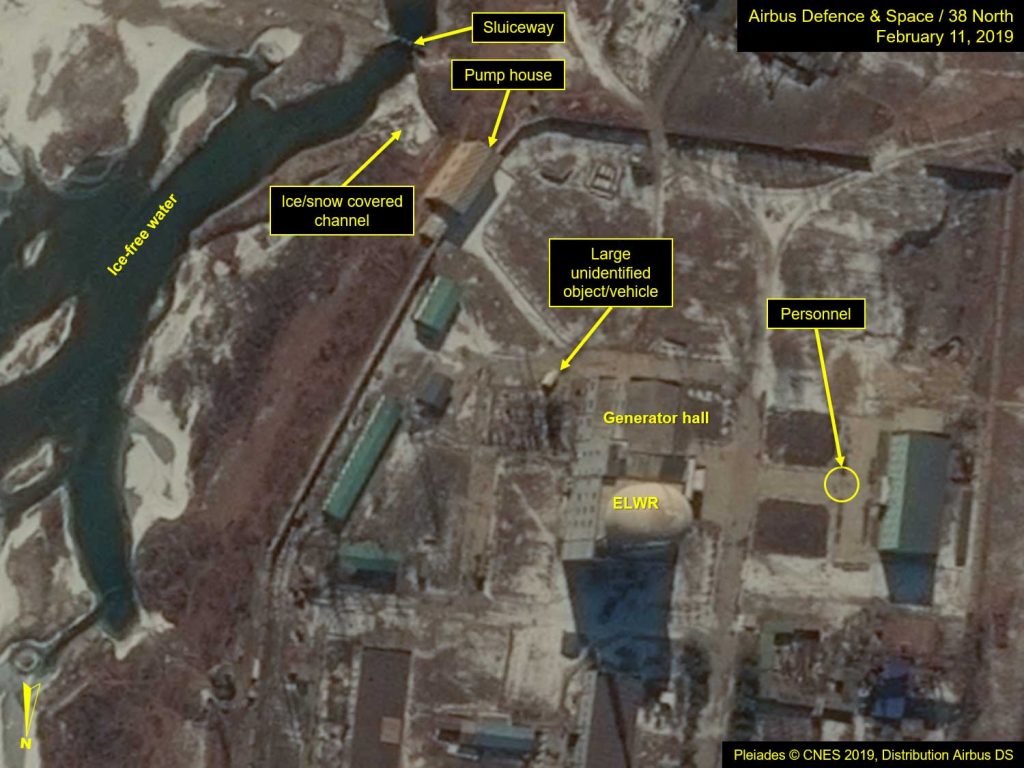 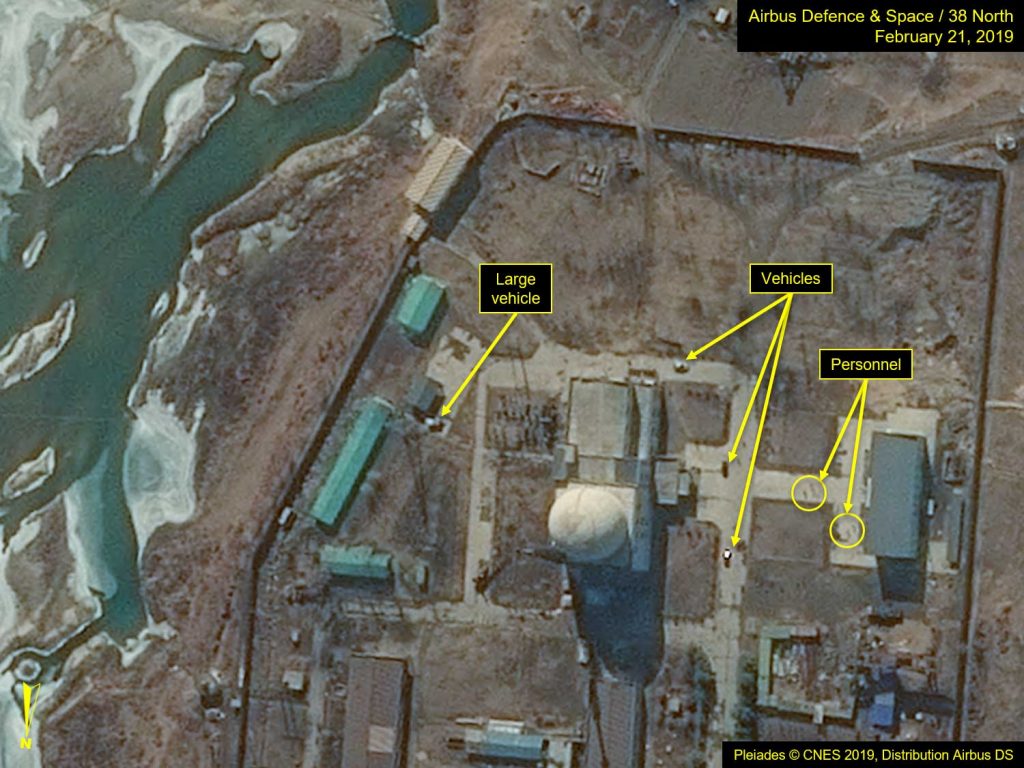