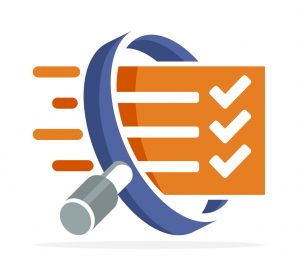 Before the Hanoi Summit, President Trump suggested in remarks that he was in no rush for denuclearization as long as North Korea wasn’t testing missiles or nuclear weapons. It’s a good thing, too, since denuclearization didn’t happen at the Hanoi Summit. Did Trump simply seek to dampen expectations for the summit ahead of time? Or did this reveal a superficial understanding of what’s important for actual denuclearization? In any event, the all-or-nothing position Trump favored over a step-by-step denuclearization process made the best the enemy of the good by squandering an opportunity to begin the process of capping and eventually eliminating North Korea’s fissile material production.

As nuclear weapons experts appreciate, testing is one of the last steps in a complex industrial program to build bombs and their delivery systems. And once testing has proven design concepts, its value diminishes. To limit North Korea’s true nuclear weapons capacity, there has to be a verifiable end to its fissile material production—the weapons-grade enriched uranium and plutonium whose atoms split apart in the process of fission, releasing the tremendous amounts of energy in nuclear weapons. Without monitoring the end of production of highly enriched uranium (HEU) or plutonium, it’s impossible to irreversibly eliminate North Korea’s current arsenal. Arms control and disarmament experts have long sought a global fissile material production cutoff treaty precisely for this reason—it is a way to cap the world’s stockpile of weapons-grade material on the path towards disarmament.

North Korea likely also has facilities for transforming weapons-grade material into weapons-ready shapes and forms. Metal conversion, casting and machining all precede assembly into warheads. It is not clear where those facilities are, but it’s a good bet they are somewhere on or near the Yongbyon site. Even in a well-crafted denuclearization process, North Korea might choose to simply destroy such facilities rather than submit them to verification. For the purposes of verifying that North Korea is no longer producing fissile material for weapons, those facilities are less important because they are only relevant to the weapons fabrication process.

Who knows what Pyongyang had in mind when it offered to shut down Yongbyon. The best case would have been a process in which North Korea declared all its facilities and provided their records, put all of its inventory under international safeguards, shipped it out of the country, or processed it so it could not be used for weapons, and then dismantled the site altogether. These tasks would take years to complete properly. North Korea probably had something less comprehensive in mind.

To be sure, even a complete dismantlement of everything at Yongbyon would not have been the end of the story since there are almost certainly other facilities connected to fissile material production that are hidden. Some experts contend there is a second uranium enrichment plant at Kangsong. Any agreement worth signing would need a mechanism to provide confidence that North Korea’s stockpile was not growing anywhere in the country.

The “go for broke” strategy employed by the Trump administration is sacrificing the good for the best. Whatever happens to negotiations now, North Korea’s fissile material production is the key to the size of its arsenal and well worth targeted efforts to cap and eventually eliminate. What are some of the steps worth taking?

A declaration of no more fissile material production hardly seems worthwhile, but Russia, the US, the UK and France all declared moratoria on producing fissile material for nuclear weapons two decades ago and have not resumed production. A simple declaration by North Korea would be the quickest, easiest and cheapest action to take. This would be a confidence-building measure by North Korea that would bring it into line with established nuclear weapon state behaviors, with the exception of China. A multilateral approach to North Korea with all nuclear weapon states reaffirming their commitments and China joining in could be a “win” not just on the Korean Peninsula but also globally. At a time when all the nuclear weapon states have modernization programs and there is a potential risk of a new arms race between the US and Russia, it wouldn’t be a bad idea for these countries to reaffirm their commitments to cap fissile material production.

The International Atomic Energy Agency (IAEA), which has been watching North Korea from afar since its inspectors were last kicked out ten years ago, recently confirmed that the 5 MWe reactor and the reprocessing plant have not been operating. Satellite imagery and other techniques to monitor environmental signals from operations can help provide confidence that this is the case. Should the North begin to operate its experimental light water reactor, the pattern of operations can help establish whether it is operating to produce weapons-grade plutonium or electricity. Of course, Pyongyang could provide additional confidence by asking the IAEA to apply safeguards to the civilian reactor. It would need to rejoin the IAEA and pay its dues, but then potentially receive technical assistance to ensure the reactor was safe, secure and optimized for efficient electricity generation. The country might also consider, for similar reasons, inviting the IAEA to apply safeguards to its IRT research reactor.

A moratorium on uranium enrichment would be impossible to monitor remotely without North Korea’s cooperation. Ironically, it might prefer providing assurances of no enrichment at all rather than attempting to show it is not producing highly enriched uranium because of the intrusiveness of measures in the latter case (think “Iran”). For example, North Korea could allow verification of the absence of key equipment (e.g., feed and withdrawal units) or inputs (uranium hexafluoride). There would still be uncertainty about undeclared enrichment sites, which would need to be addressed.

North Korea’s permission to allow monitoring of either production or closure of facilities would be better than a simple, declared moratorium. The generally accepted approach for verifying a global fissile material production cutoff treaty is to apply IAEA safeguards to uranium enrichment and reprocessing plants to ensure that material produced is not diverted for weapons purposes. Production reactors might or might not be subject to verification. Material accounting and control at operating plants would be a minimum requirement, while non-operating (closed, decommissioned or dismantled) plants would be subject to a set of measures specifically designed to ensure that they were no longer operating.

To eventually achieve complete denuclearization, North Korea’s existing fissile material needs to be accounted for. Verifying the end of fissile material production for weapons can focus exclusively on the production facilities. By contrast, a monitored end of production could appeal to North Korea for its potential to provide technical assistance (in accounting, safety and security), to keep some facilities operating and workers engaged, and to preserve a future civilian nuclear energy option. However, like other nuclear weapon states, North Korea might also find it useful to safely close down, clean out and decommission if not dismantle its reactor and reprocessing plants to keep monitoring to a minimum.

On the uranium side, Pyongyang might be less inclined to verifiably shut down the country’s facilities, reasonably arguing that its enrichment plant could be used to make fuel for the experimental light water reactor and research reactors for civilian uses. However, the only way to verify the facility’s exclusively peaceful activities would be to apply IAEA safeguards, perhaps with new measures developed within the context of the Iran nuclear deal, like continuous enrichment monitoring techniques.

Verifiably disabling or dismantling entirely North Korea’s reactor, enrichment and reprocessing plants would eliminate uncertainties at declared facilities. Examples of disabling actions at the 5 MWe reactor include removing fuel, draining pipes, pouring concrete into steam tanks and/or the reactor vessel, and other actions (like applying boron to prevent neutron flux) to make the reactor inoperable. Alternatively, North Korea could ask for assistance in preparing the reactor for interim safe storage before decommissioning. “Cocooning” reactors strips the facility down to their radioactive core (eliminating 80 percent of the auxiliary structures) and sealing them shut against the environment. The United States has “cocooned” six of the eight reactors at the Hanford plutonium production site, at a cost of about $21 million each.

Disabling activities at the reprocessing plant could include removing (and destroying) hot cell equipment, glove boxes and mixer-settlers, and cutting pipes and removing key items like controllers from cells. Examples at the uranium enrichment plant include draining all vacuum and feed lines, disabling and removing control mechanisms and circuitry, cutting and removing gas feed lines, and disassembling centrifuge cascades. Dismantling is a much more extensive and expensive process, but does not require long-term monitoring once it is completed.

In all of these approaches, the wildcard is whether North Korea has hidden capabilities, equipment or facilities. Measures that go beyond traditional IAEA safeguards (as in the Iran nuclear deal) will likely be necessary to build confidence in the country’s intention to no longer produce fissile material for nuclear weapons.

The Trump administration rejected a step-by-step approach in Hanoi, but without any fallback options, North Korea’s nuclear program will continue to grow in size and sophistication. Closer to the 2020 election, the stakes will be higher both for Trump and for Kim Jong Un to cut a deal. A verifiable halt in fissile material production needs to be the highest priority until then.