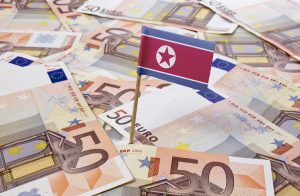 Diplomacy between the US and North Korea may still yield an agreement on denuclearization. Implementation of any deal will require, as it has in the past, economic incentives for an impoverished North Korea to meet its obligations. Given political realities, South Korea and perhaps China and Russia will bear the brunt of these costs. But the European Union (EU), if treated as a full partner by Washington and Seoul, could provide significant financial and economic incentives to keep implementation of a denuclearization agreement on track.

The EU provided funds for the Korean Peninsula Energy Development Organization (KEDO) to build two light water reactors that were promised to Pyongyang as part of the 1994 US-North Korean Agreed Framework. From Brussel’s perspective, it was not a positive experience: the US, Japan and South Korea repeatedly asked for European funding without allowing the EU any real role in the decision-making process.[1] Adding insult to injury, Washington pressed to close KEDO without any real consultation with the EU. In other words, the EU was treated as a money tree, not a partner.

Given the KEDO precedent, the EU would likely be asked to fund an important part of an economic package for North Korea. It would probably oblige, but it does not want to repeat its KEDO experience. Instead, it would want a seat at the table in designing this package, especially if it is discussed separately from a bilateral US-North Korea denuclearization agreement. Few, if any, European policymakers stand ready to have the EU pay for an economic package without actual consultations.

In recent months, US Special Representative for North Korea Stephen Biegun has visited Brussels and other European capitals to discuss, among other issues, an economic package the EU would be willing to offer North Korea to entice Pyongyang to reach a denuclearization agreement. EU assistance could come in several forms.

Any economic package would probably include loans and grants, technology transfers, technical assistance and other forms of support to kick-start the North Korean economy. Brussels’ request to have a say in the design and implementation of any North Korea economic support package reflects its belief that Europe’s expertise in economic development would bring added value to the table. The EU has considerable experience in providing economic support to less developed European countries and regions, including former communist countries. Institutions such as the European Bank for Reconstruction and Development and the European Investment Bank could be especially valuable in this respect.

According to North Korean Foreign Minister Ri Yong Ho, during the recent negotiations in Hanoi, Pyongyang demanded the lifting of the “articles of sanctions that impede the civilian economy and the livelihood of our people” within the last five rounds of UN Security Council sanctions in exchange for the closure of the Yongbyon nuclear complex.

The EU has backed sanctions against North Korea as a means to bring Pyongyang to the negotiation table—and its own autonomous bilateral sanctions make Brussels’ sanctions regime as stringent as Washington’s. The EU would not be opposed to sanctions relief, especially if it were used initially to kick-start inter-Korean economic cooperation that would raise living standards in North Korea. The EU’s sanctions transpose UN sanctions and are not linked to North Korea’s human rights record; thus, it would be easier for Brussels to remove them if UN sanctions were also lifted.

In addition to European sanctions relief greasing the skids for denuclearization itself, Brussels would be especially interested in ensuring that Pyongyang halts its proliferation activities. France and the United Kingdom, as permanent members of the UNSC, would also expect to be involved in its discussions on sanctions relief to ensure that its concerns are taken into consideration. And it is very unlikely they would oppose sanctions relief supported by other UNSC members. Indeed, it would be useful to have them involved in discussions, given their experience in the design and implementation of another denuclearization agreement including sanctions relief—the Joint Comprehensive Plan of Action with Iran.

Foreign investment is likely to be included as a component of any economic package offered to Pyongyang. The EU itself would take a more passive role in this area, since European investment would come from the private sector. Nonetheless, at the very least, Brussels would like to ensure that European firms are not disadvantaged vis-à-vis other countries in these investment flows and would do what it could to enable European firms to compete on a more level playing field. For example, European firms have generally not been able to benefit from Myanmar’s economic opening as much as their competitors from China and India, partly because firms from these and other Asian countries have close links to governments that are useful in the absence of a market economy.

A Partner, Not an ATM

The EU would be very likely to support economic incentives to North Korea if they bring about substantial steps towards denuclearization. But EU assistance will come at a diplomatic price, especially if it involves a substantial financial commitment. Above all, the EU would like to have a say in the design and implementation of any economic package and sanctions removal process. It would also expect its firms not to be discriminated against. Simply put, Brussels will only help pay for the implementation of a denuclearization agreement if it is allowed to play a meaningful and substantive diplomatic role in the process.