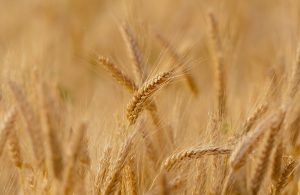 North Korea’s food situation is confusing. The World Food Program (WFP) and the North Korean government have effectively conveyed the message to the world that major food shortages and, some say, perhaps even a famine, are at hand. Pyongyang as well as some experts blame United Nations sanctions. (Less fuel, for instance, means less fertilizer production, and makes it harder to run agricultural machinery.) The WFP has primarily blamed inclement weather for the lower harvests.

However, none of these explanations are satisfying. The WFP has sounded alarms many times before about looming shortages when no sanctions were in place. Bad weather alone is never a sufficient explanation. The WFP and the Food and Agriculture Organization (FAO) warn almost yearly of food shortfalls in North Korea, but these reports tend not to be followed up with corroborating evidence of increased difficulties.

What makes this year different from other years? Aside from the unusually urgent tone in WFP statements and projections, reports from grassroots outlets such as Daily NK corroborate what WFP and others are saying. There should be little doubt that North Korea’s food situation is bad, but it does not appear to be catastrophic. To better determine its severity, it is important to understand the limitations in the methods used to calculate the shortfalls. This article focuses on the following questions: how bad are the food production numbers in context? How should we understand the numbers given how food is distributed in North Korea? And what are some of the crucial things we don’t know about the situation?

The Harvest Numbers in Context

WFP estimates that the aggregate cereal production for the 2018/2019 marketing year is 4.9 million tons, in cereal equivalent, and 4.2 tons in milled cereal equivalent.[1] The last number matters most, because it is the best indicator of how much food is actually available for consumption. Unfortunately, it is very difficult to find a single uniform measure of food production in North Korea used by international institutions such as WFP. Estimates are sometimes revised after the fact and differ between publications. What matters most, therefore, is not the numbers themselves but the proportional changes and year-by-year differences.

The following graph shows estimated food production over a ten-year period based primarily on data from WFP estimates:

In a more recent publication, in March 2019, the UN’s Resident Coordinator for North Korea published a graph showing the numbers in unmilled cereal equivalent. The March report numbers are reproduced below:

Judging from the graph above, estimated food production for this year does indeed look relatively poor. Still, when viewed over a longer-time horizon, the shortfall isn’t catastrophic—and should be fairly cheap and easy to redress through imports. In 1996, for example, the FAO database estimates that the harvest was 2.14 million tons, as compared to this year’s 4.20 million tons.

Even if these figures aren’t exact, it’s clear that while the 2018 harvest may be bad, it is not nearly as dire as it was during North Korea’s years of famine in the 1990s and early 2000s. Claims of near-famine levels of food production are exaggerated. That does not mean the situation is stable, but terms like “famine” and “mass starvation” should be saved for true crises of massive proportions.

The Harvest Numbers and Food Distribution

Total food production figures, however, are not the end of the story. The important question is who gets access to food, rather than just how much is harvested. Theoretically, North Korea could produce 10 million tons of food, but if all of it ends up in Pyongyang, there would still be massive shortages in the countryside. Here is where markets matter. The WFP assessments are based on the assumption that most food consumed in North Korea is still handed out by the government through the public distribution system (PDS); they do not take account of the role of markets in the food distribution system.[2] The market economy is still a politically sensitive matter. The WFP acknowledges the limitations of not being able to survey the markets (author’s emphasis added):

The assessment team also experienced challenges in accessing markets and acquiring market-related data. However, the team was not able to visit farmers’ markets during the field visit. While authorization was granted at national level to visit farmer’s markets, county authorities informed that they were not able to receive any foreign delegation on the day. Market visits are highly recommended to fill this information gap in future assessments. Finally, the team could only gather limited information on people’s incomes and expenditures during the household surveys.[3]

The WFP uses satellite imagery to estimate crop production in the whole country. For these projections, therefore, it doesn’t necessarily matter that they can’t survey the markets. When domestic production is estimated in total and used as a surrogate to measure the availability of food, the proportion that is sold in the markets versus supplied through the PDS makes no difference. However, the markets matter a great deal because, to a significant extent, they determine who actually gets access to food.

We don’t truly know the proportion of North Koreans who get the majority of their food from the markets and how many rely primarily on the PDS. Most people likely rely on both the state and the markets to varying degrees. Judging by most of the information coming out of North Korea, for much of the country the PDS no longer exists in the form it took before the crisis in the 1990s. Most people who receive public distributions likely do so from their workplaces, rather than from a neighborhood distribution center, though this may still be the way the system operates in Pyongyang. Employees in state institutions, such as the security organs and the overall bureaucracy, generally receive food rations as part of their compensation. For those who do receive PDS rations, they are most likely one of several sources for food, and almost all North Koreans rely on the markets in one way or the other.

Regardless how many North Koreans get all or most of their sustenance from the markets, the fact that the WFP cannot survey them is a massive methodological problem. It is impossible to get an accurate reading of the food situation without taking into account what people are actually able to consume, rather than just how much is produced. The production number estimated by WFP is important, but only because it is indicative of roughly how much food is available, and how things have changed from previous years. It still tells us relatively little about the actual food security of the North Korean population.[4]

Food as a Political Priority

Politics also matter in North Korea’s food situation. Throughout the 1990s and early 2000s, when North Korea went through a famine, there was enough food in the country to meet minimum human caloric needs, but some people were unable to acquire food.[5] State control over the economy is still pervasive; priorities in food distribution are to a large extent a political choice and political elites get priority. Financial resources are hardly the problem. While the government claims it is facing food shortages, significant resources continue to be spent on large infrastructure projects, such as the Wonsan Kalma Coastal Tourist Area and a renovation project in Samjiyon county, and on defense.

The WFP estimates that $19.9 million is needed to fund its operations from May to October this year. This is not a lot of money. In 2017 alone, it is estimated that North Korea purchased at least $640 million dollars’ worth of so-called “luxury goods” from China, including televisions and other items one might not always regard as “luxurious.” But of this total, $35 million was spent on liquor—almost twice as much as the estimated WFP funding needs through October. As Chad O’Carroll has pointed out, closing the food gap for the remainder of the year through imports wouldn’t be expensive: $338 million could close the food gap through wheat, or $682 million through rice imports. North Korea may be an impoverished country, but the regime clearly has enough funds to import these relatively small amounts of food, which it could then distribute through the PDS or other channels to the most vulnerable segments of the population.

Although there is much we don’t know about the food situation, the fundamental cause of shortages is North Korea’s economic system and Pyongyang’s refusal to undertake reforms. Given that independent reports from grassroots sources corroborate WFP warnings of a food shortage, the international community should probably provide emergency aid under the circumstances, accompanied by rigorous monitoring. Keith Luse and the National Committee on North Korea (NCNK) have posed ten very pertinent questions here about WFP monitoring of aid, and on access inside North Korea.

At the same time, if the WFP’s freedom to gather data doesn’t greatly increase, food donors won’t ever know exactly how bad things are. This has to change. The WFP should demand access to markets in as many localities as possible, but at a minimum visit a handful in every province. The latest assessment is much more informative than past ones on the population’s consumption habits in markets, but it is not enough. Aside from freely visiting markets, WFP must also be allowed to freely choose what households to interview, and conduct their work independently of the North Korean government. Although for now these may be unrealistic demands, they are necessary for the WFP to develop a full understanding of North Korea’s food situation.