The white tanker trailer that was last observed near the far west end of the Uranium Enrichment Plant on March 27 was not present on either of the two more recent images, but the time gaps between imagery acquisitions preclude definitive conclusions on the frequency of arrivals and departures. A small light-toned object or vehicle was present inside the courtyard of the UEP until July 20, and while the purpose is unknown, it provides evidence of ongoing activity at the UEP. 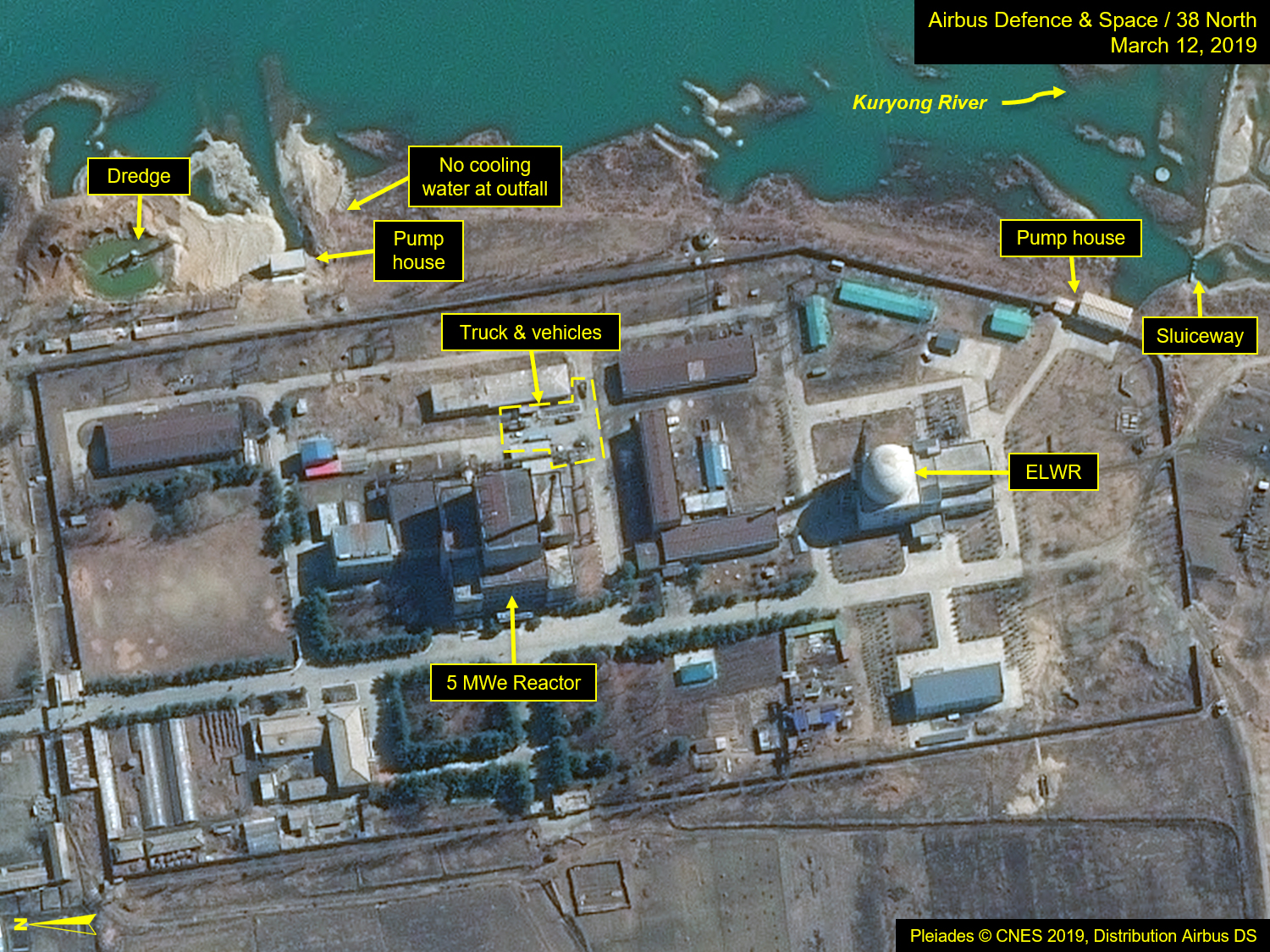 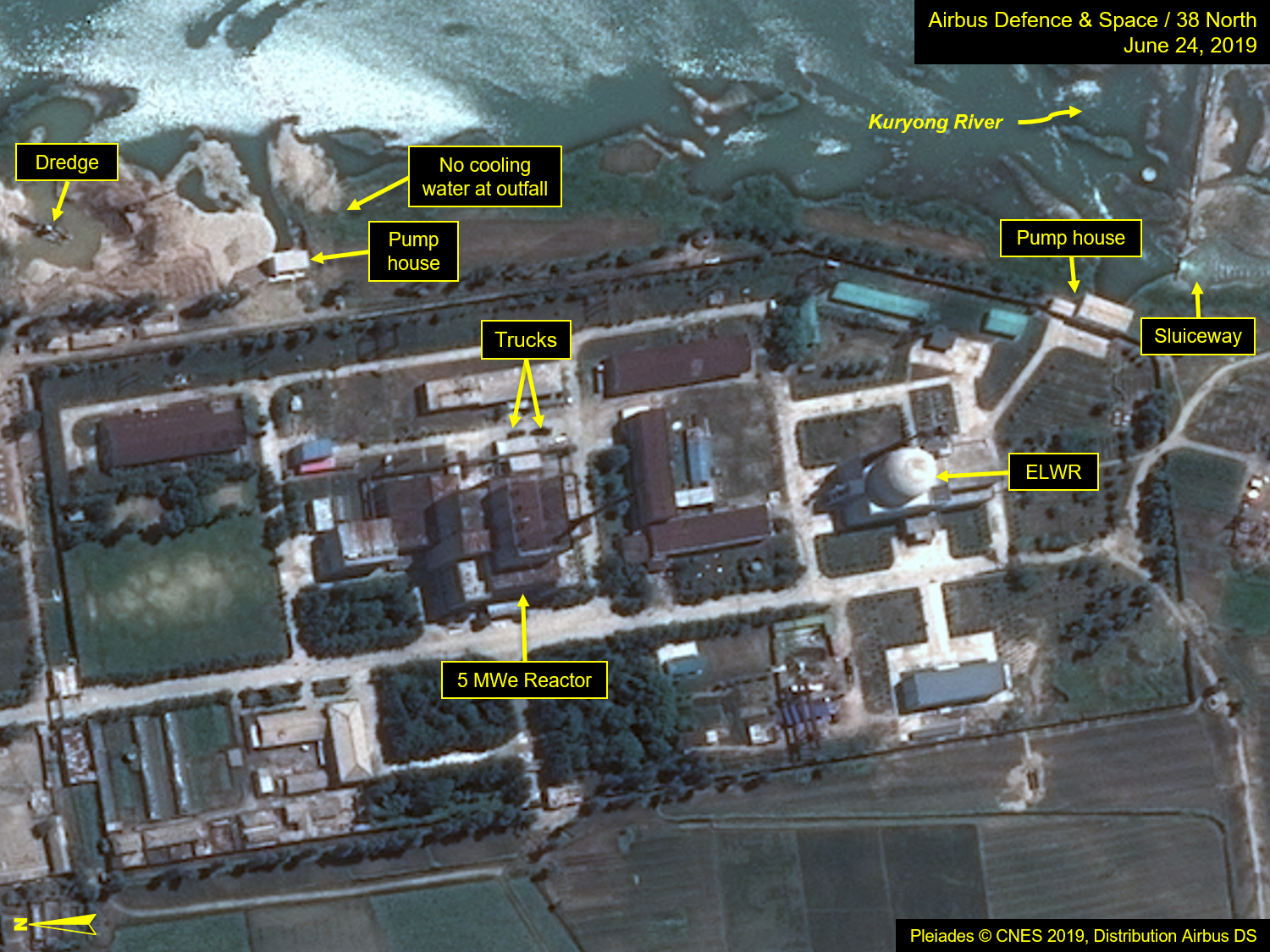 Dredging of the Kuryong River, which has been underway for more than a year, continues around the reactor areas and will presumably provide improved flow to the reactor cooling systems when complete.

At the Radioisotope Production Facility, there has been a slight movement of materials at the nearby buildings. The elevated conduit/power line is still in place, the purpose of which is unknown.