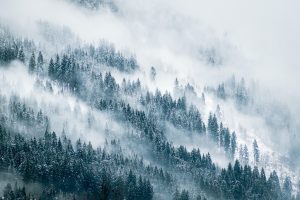 Historians will remember November 2019 as the month that Japan’s Shinzo Abe became his nation’s longest-serving prime minister (nearly eight years total), but it might also be remembered as the final collapse of pretense that Abe can somehow make better relations with North Korea a part of his political legacy. In a worst case, it could also mark the month when Japan’s security situation deteriorated significantly, due to a breakdown of diplomacy with North Korea and new concerns about alliance durability with the United States. Going forward, Abe may have to turn back to his “foreign policy that takes a panoramic perspective” to help manage the North Korea challenge in 2020, simultaneously seeking closer coordination with neighboring countries, multilateral forums and its key ally, the United States.

Where to begin with notable November developments? An entertaining but hardly innocuous place to start is North Korea’s verbal tirade against Japan on November 7, closing the door emphatically on any near-term bilateral talks. Prime Minister Abe had expressed earlier this year a readiness to meet North Korean leader Kim Jong Un “without conditions,” although later in the summer Abe criticized North Korea’s missile tests and has kept up sanctions enforcement activities, upsetting Pyongyang. What little chance there was for dialogue seems now to have evaporated, with the North Korean government calling Abe a “fool,” “idiot,” “villain,” “under-wit,” “deformed man,” and a “dwarf”…and this was from the man tasked by Chairman Kim to try to normalize relations with Japan, Ambassador Song Il Ho. Reportedly, Song had met secretly with Japanese officials twice in 2018 to explore the potential for formal talks, but by the fall of 2019, he was warning Japanese guests that relations were “going from bad to worse,” blaming Japan’s missile defense procurement and historical indifferences, among other issues.

The North’s dismissal of Abe is part of a broader pattern observed recently of intensifying criticism of potential dialogue partners and increasing demands. On November 20, North Korean Vice Foreign Minister Choe Son Hui said that only “when the U.S. abolishes all hostile policies toward North Korea” could the nuclear issue be discussed again. The announced postponement, just the day before, of planned US-ROK joint military air exercises was apparently insufficient to stimulate renewed US-DPRK talks, with Pyongyang wanting more. Kim Jong Un also turned down South Korean President Moon Jae-in’s invitation for Kim to attend a special summit meeting with Southeast Asian leaders in Busan, complaining that “nothing was achieved in implementing the [previous] agreements made in Panmunjom, Pyongyang, and Mt. Paektu.” North Korea’s message to Tokyo, Washington and Seoul seems consistent: that it feels entitled to a greater degree of respect and follow through on what Pyongyang believes it is owed from earlier discussions.

The calendar is another concern for Japan, as Kim himself issued a year-end deadline for the United States to adopt a fundamentally different approach to bilateral negotiations, threatening the termination of dialogue efforts and a “new path” for Pyongyang if Washington fails to compromise. Barring some unforeseen change of approach in the United States or North Korea, the region seems likely to enter 2020—Japan’s Olympic hosting year—amid increased tension and possible resumption of North Korean nuclear weapons or long-range ballistic missile tests or some other kinds of provocative actions. The Abe administration is concerned that Japan could become the target of North Korea’s actions, with a return to missile testing over Japanese territory or some other threatening measures that aim to dissuade the Japanese from supporting US military or economic pressure tactics.

Add to this the steady deterioration of Japan-ROK relations that has continued for many months and nearly unraveled a bilateral military information-sharing agreement that took years to realize. Despite signaling intent to let the agreement lapse, in late November, Seoul decided to extend the pact conditionally while the two sides continue discussions about a separate export control disagreement. However, any hope for revival of Japan-ROK military cooperation is tenuous at best, due to the substantial buildup of resentment on both sides. On the same day that the Moon administration extended the info-sharing agreement, for example, the Korea Coast Guard canceled a planned exercise with Japan to jointly address maritime accidents. Overall, it is becoming politically more difficult in Japan to argue in favor of providing material support to South Korea if a conflict erupts with the North. This kind of decoupling can weaken deterrence and impede the US’ ability to aid in South Korea’s defense, which is a concern to South Korean, Japanese and American policymakers alike.

Moreover, some in Tokyo will no doubt wonder if Seoul’s “conditional” extension of the info-sharing pact is meant primarily to shift blame on Japan, after South Korea came under intense criticism from the US for letting national security and trilateral cooperation get enmeshed with Korea and Japan’s argument. If Tokyo and Seoul are able to resolve their differences over export controls and the information-sharing agreement, then US pressure, in this case, will have been an effective catalyst for Japan-ROK diplomacy. But, if Seoul’s goal is primarily to shift blame, then pressure from Washington will have exacerbated the problem by making Tokyo even more discouraged and suspicious of South Korean tactics. In this situation, the underlying historical disagreements between Japan and Korea will become even more difficult to overcome than they already are, much to the detriment of both countries and the United States.

Then we have the highly publicized breakdown on November 19 of US-ROK talks over their next host nation support agreement, when Moon’s team rebuffed the Trump administration’s reported request for a 400 percent increase in South Korean payments to offset costs associated with US troops stationed in Korea. This standoff is potentially the most negative development for Japan—if it continues—as it could lead to a diminished US-ROK alliance that emboldens North Korea and pushes the South to adopt a more conciliatory attitude toward China. As would be the case when an insurance company increases its rates drastically, the client is apt to keep its payments about the same but seek less coverage and manage risk more carefully. In this scenario, South Korea could become less of a partner in helping to balance China and address the North Korean threat, and it would set a bad precedent for how Trump might approach host nation negotiations with Japan scheduled for next year.

Where does this leave Japan? Politically speaking, recent events dim any near-term hope of making progress on one of Abe’s most important foreign policy priorities, the resolution of cases involving Japanese citizens abducted by North Korea in the 1970s and 1980s. Although settling this issue with North Korea was always a long shot, Abe has pursued the goal aggressively since he resumed the prime minister role in 2012. Failure to make any progress on this front is a political setback for Abe nonetheless.

From a security perspective, North Korea has likely improved the survivability and accuracy of its short-range missile program through a series of tests in 2019 that President Trump tried his best to ignore. Although analysts caution against overestimating the North’s recent gains, Japanese defense planners are concerned that Trump’s indifference has allowed North Korean missile engineers to make short-range advances that can be applied to their medium-range inventory. More and better (solid fuel) nuclear-tipped North Korean missiles aimed at Japan is a national security nightmare for the Abe administration, especially if long-range missile tests resume amid some perceived weakening of US alliance commitments in the region. The worst-case combination of increased US vulnerability to North Korean nuclear attack, weakened US alliances due to burden-sharing discord, strained Japan-ROK ties hampering military cooperation and a more sophisticated North Korean nuclear arsenal just a ten-minute flight away is something that Japanese leaders must seek to avoid to preserve strategic space.

It is notoriously difficult to influence North Korean behavior, but there are a few positive elements amid recent developments that Japanese policymakers and diplomats can try to exploit. The first is that despite Pyongyang’s intransigence, one could argue that Kim Jong Un has little incentive to provoke his neighbors or Donald Trump too much. He might prefer to try diplomacy again with Trump in a second term, depending on what North Korea policy approach emerges from the Democratic primary process. Kim is, therefore, more likely to avoid a clear break with Trump that could damage his reelection chances, and there seems little to gain from pushing the United States and its allies closer together.

Abe’s strong personal relationship with President Trump will continue to be important for Japan to promote its favored balance of outreach and pressure on North Korea—essentially trying to keep the North relatively weak without backing it into a corner and engaging when possible to promote entente, or at least stable coexistence, over the long term. Above all, Abe will try to dissuade Trump from any impulsive deal that accepts North Korea as a nuclear power, all the while taking steps necessary to keep the alliance (and its deterrent value) intact.

Japan also has a window of diplomatic opportunity with South Korea that it can pursue, thanks to Moon’s conditional extension of their info-sharing pact and a proposal by South Korean National Assembly Speaker Moon Hee-sang to create a private voluntary fund that could help resolve the bilateral impasse over Japanese forced labor cases in ROK courts. It will be very difficult to satisfy all parties, but there are signs that Abe might be prepared to engage South Korea on this proposal, and there should be an opportunity for Abe and Moon to discuss this directly when they attend a planned trilateral (China-Japan-Korea) summit in Chengdu later this year. Abe should be ready to match Moon’s willingness to spend political capital for the sake of better Japan-ROK ties and their shared national security interests. It will not be easy for either of them, and early testing of this diplomatic opportunity has produced more discord than harmony.

Japan is also expected to host Chinese President Xi Jinping for a state visit in the spring of 2020, highlighting a steady warming of Japan-China relations over the past few years since its nadir in 2012. This relationship is important for Japan to help stabilize the region and deter North Korea’s worst impulses; Abe’s frequent diplomacy with Russia’s Vladimir Putin might be useful as well, especially as Pyongyang seems to be increasing cooperation with Moscow. Japan can also leverage its prominent role at the United Nations, the International Atomic Energy Agency and multilateral forums to help contain North Korea and maintain that tenuous pressure-dialogue balance.

November brought about a variety of setbacks for Japan related to North Korea, and the stakes will only get higher as Tokyo gets closer to hosting the summer Olympic Games. After all, South Korea’s hosting of the Winter Games in 2018 was fraught with concern a few months before that the North might seek to disrupt the events, only to see diplomatic efforts turn them into an unprecedented opportunity for engagement with the DPRK. That potential is still being tested. For Japan, while close partnership and policy coordination with the United States is vital to managing this challenge, it is just part of a wider diplomatic strategy that Abe is likely to follow as he completes his leadership role over the next year or two.