Recent commercial satellite imagery shows tens of military aircraft parked wingtip to wingtip along the taxiways and parking aprons at North Korea’s Wonsan-Kalma International Airport. While the purpose of the display is unclear, the North may be preparing for a site visit by Kim Jong Un and possible demonstration of its air force capabilities. Similarly, it may be reviving the suspended annual Korean People’s Army Air and Anti-Air Force Flight Drill Competition, which is usually observed by Kim Jong Un and demonstrates the air force’s ability to destroy enemy targets. Other explanations may be staging for possible air exercises, although the wingtip-to-wingtip formation makes this scenario less likely, or potentially an air show like what took place in September 2016, although without a grand audience seems unlikely as well.

On imagery from November 11, there were four MiG-17 fighter aircraft, six MiG-15 fighter aircraft, fourteen Su-25 close support aircraft, six MiG-29 fighter aircraft and six Il-28 bomber aircraft observed on the tarmac north of the passenger terminal. On November 13, additional MiG-15 and MiG-17 were added to the display bringing their total to eleven MiG-15s and eight MiG-17s. Several small vehicles were parked on the tarmac near the MiG-29 and Il-28 aircraft. In addition, thirteen probable MiG-21 fighter aircraft were observed on the alert apron at the south end of the airfield, and six small, either Hughes 500 or Mi-2 Hoplite light helicopters, six medium, possibly Mi-8 or Mi-14, medium transport helicopters, and eight An-2 Colt light transport aircraft were parked along the auxiliary runway located on the southwest side of the airfield. Further to the south of the auxiliary runway at the rail transfer point, seven additional MiG-21 were parked on an adjacent apron. It could not be determined whether these aircraft are newly arrived, perhaps by rail, or whether they have been moved there for temporary storage. 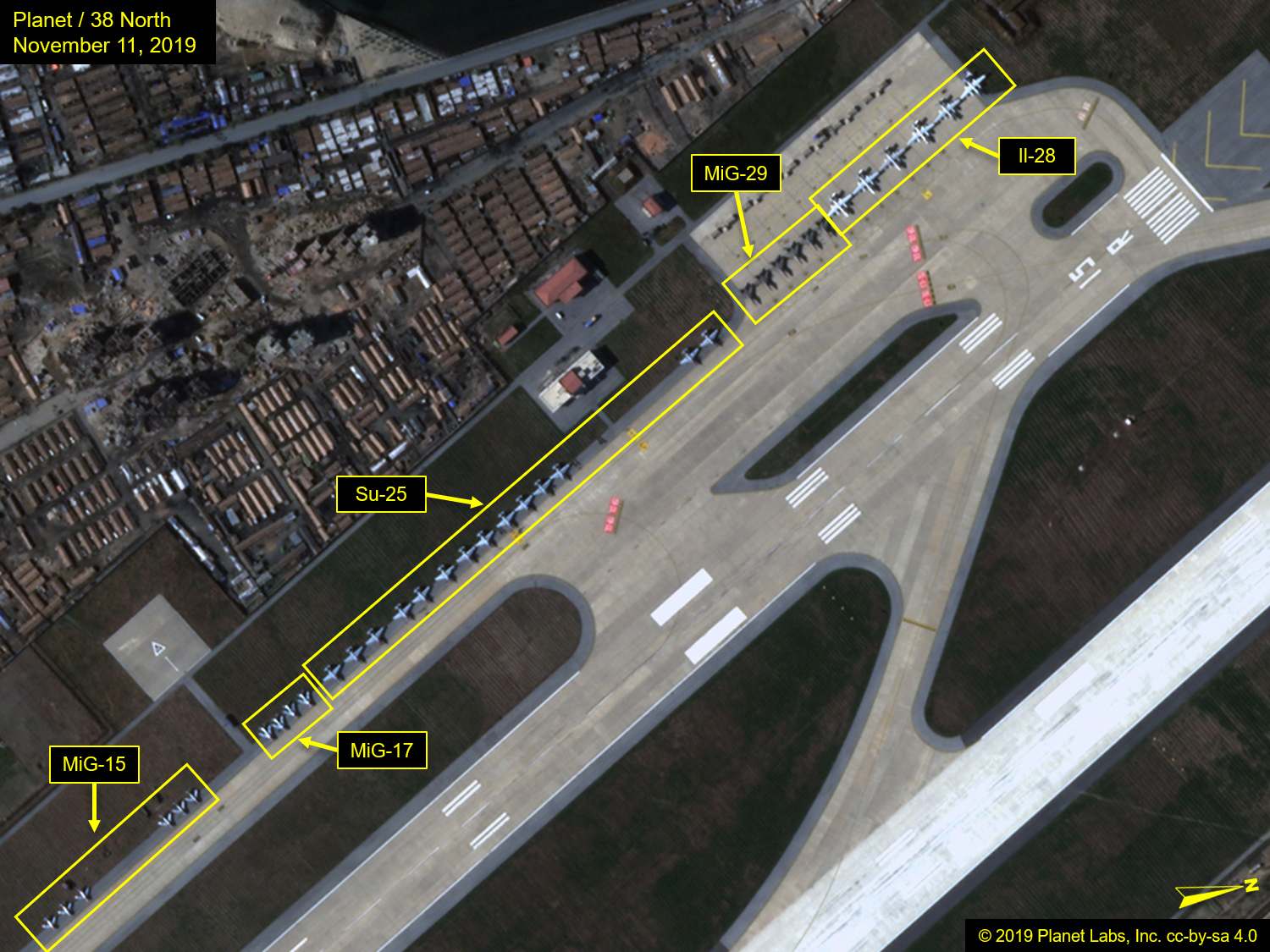 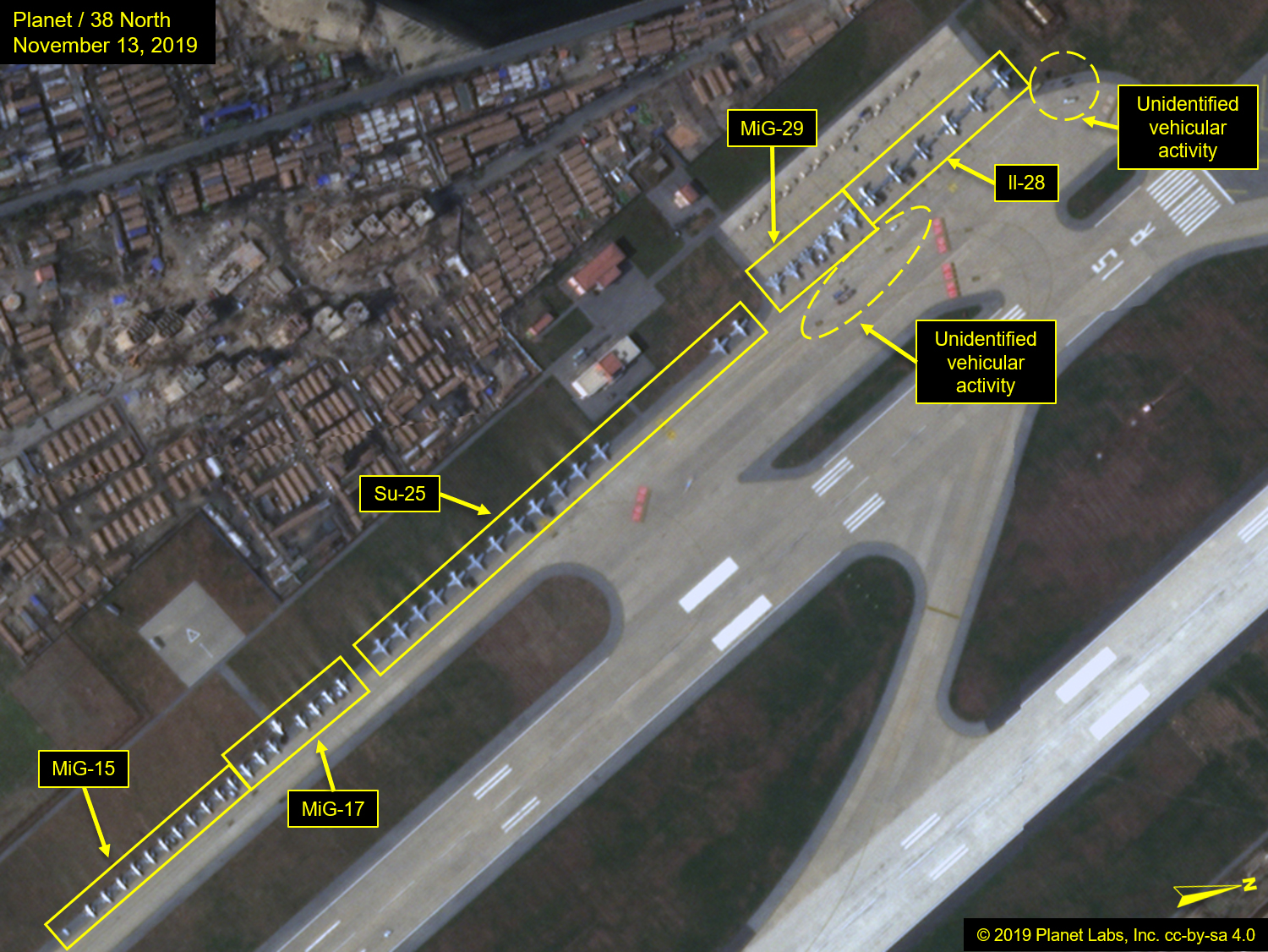 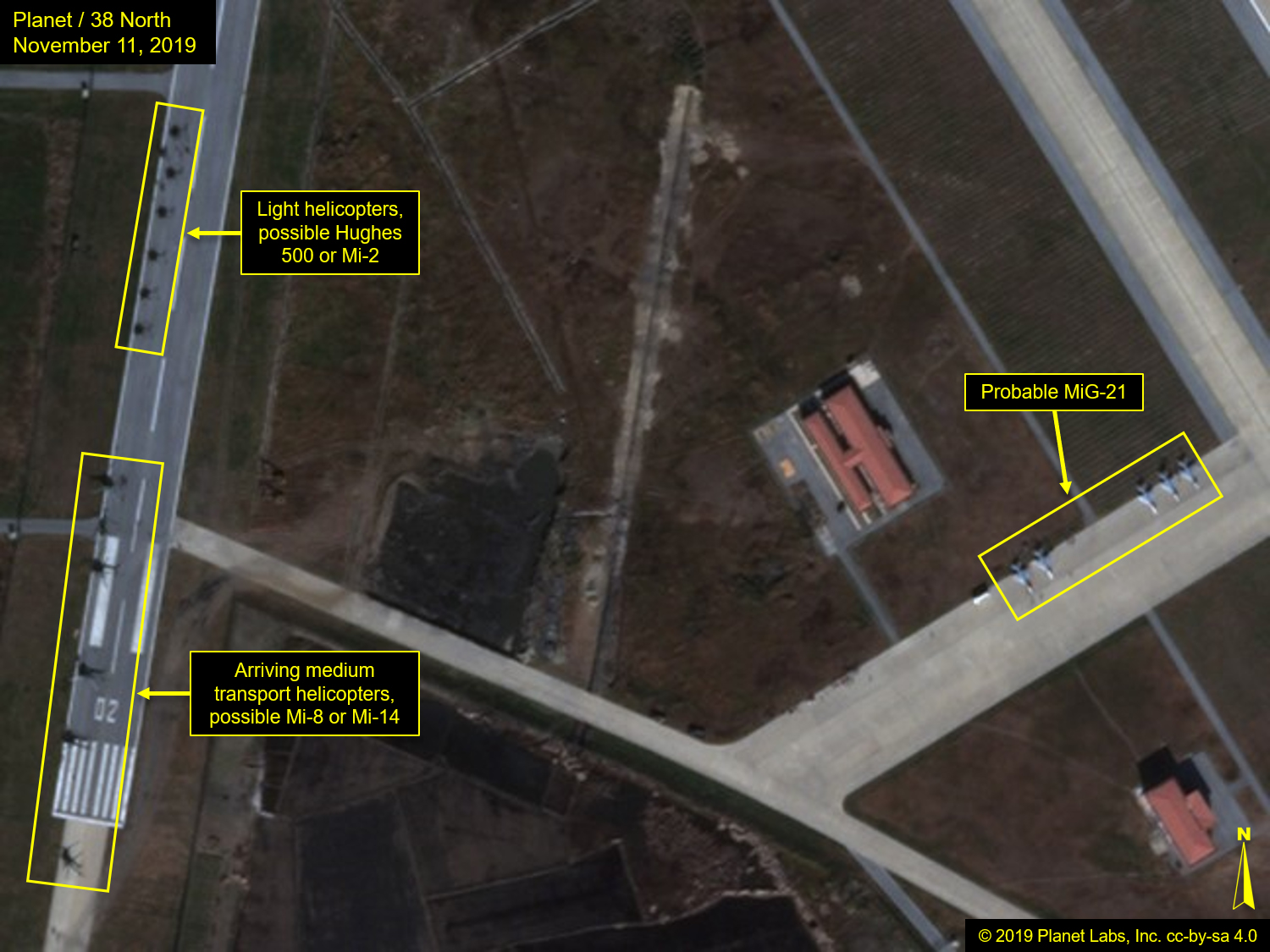 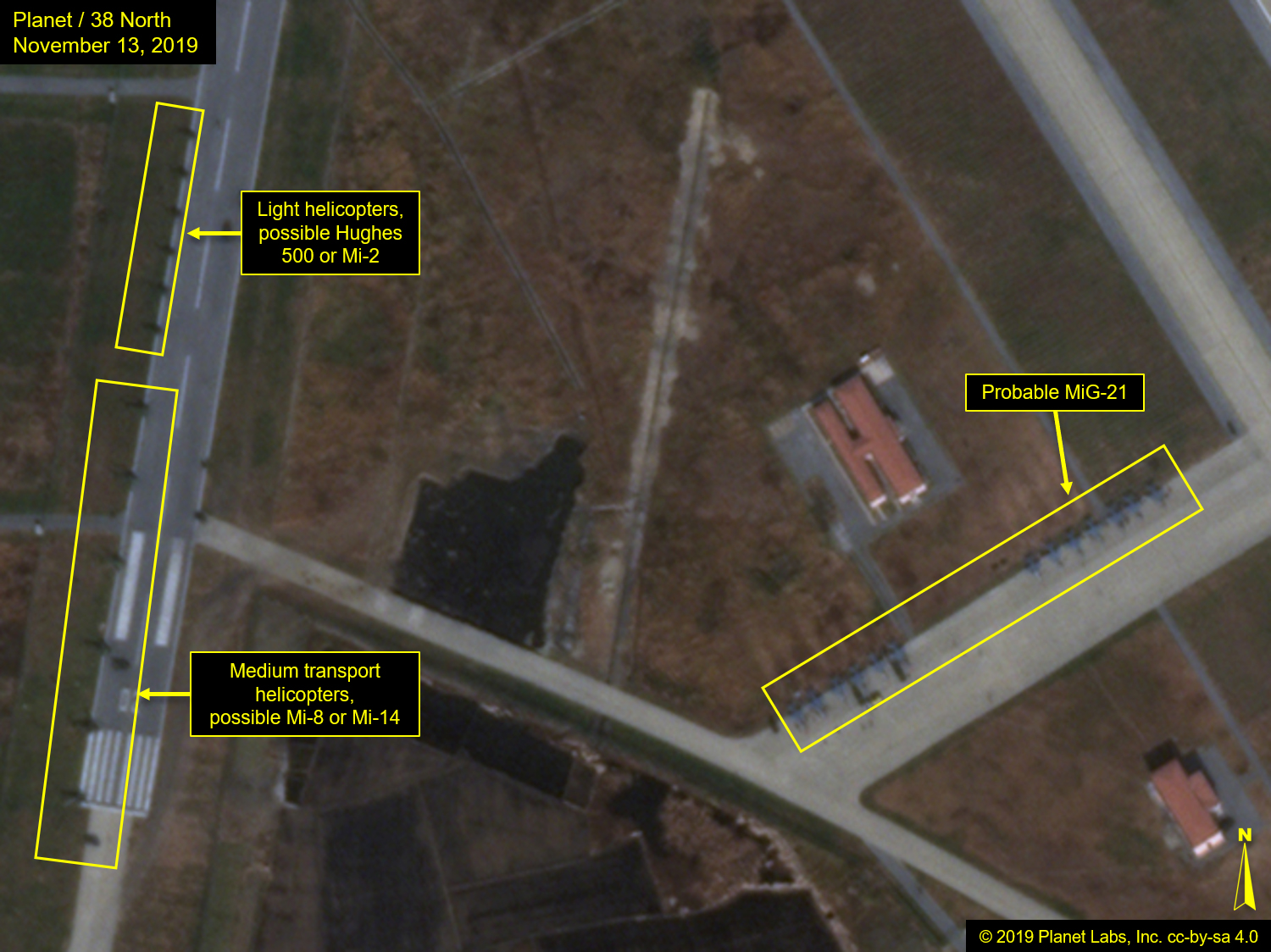 Figure 3. Aircraft observed throughout the Wonsan-Kalma International Airport on November 11 and 13, 2019.