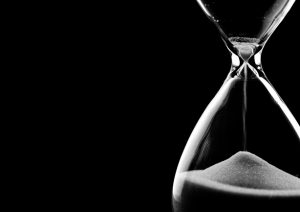 It looks like 2019 will be a year filled with disappointments for South Korean President Moon Jae-in. Beset by domestic challenges, Moon is facing difficulty in putting inter-Korean relations back on track, the only issue he could convincingly take credit for. North Korea has test fired ballistic missiles at least 11 times since the collapse of the Hanoi Summit in February, though not breaking the moratorium on nuclear and long-range missile tests. And not to leave any doubt that inter-Korean relations have no pulse, North Korea called Moon a “truly…shameless man” in response to the South Korean president’s Independence Day address on August 15, and has since heaped even more scorn on him and his administration. It has also stopped cooperating with the South on the implementation of measures agreed to in the Panmunjom Declaration. But the hidden intention behind its harsh rhetoric and uncooperative attitude towards the South seems to be to compel the Moon administration to overcompensate for its unfulfilled promises when the North’s end-of-year deadline passes for progress toward a US-DPRK deal.

North-South Dialogue: Dead in the Water?

The North’s hostility toward inter-Korean dialogue is a drastic yet unavoidable shift from the dramatic events of 2018. Although the world witnessed three inter-Korean summits and two US-DPRK summits, these were made possible because the United States and South Korea essentially agreed to set aside the thorny issue of denuclearization; and the leaders have benefited politically. US President Donald Trump has been able to sell to the American public the idea that impasse is actually peace. The Moon administration took advantage of the temporary thaw in relations to advance its engagement agenda at full steam. But the status quo provided little benefit to North Korea, which is suffering under sanctions and has not achieved the security assurances it has sought from the United States that Moon was expected to deliver.

The year-end deadline that Kim Jong Un imposed last April is meant to reset this situation. While Kim’s deadline is directed at Trump, North Korea is aware that it is more of a pressing issue for the South Korean leader, whose teetering domestic political standing is being propped up solely by the memories of last year’s astounding success in opening dialogue with Pyongyang. An irreversible end to the North-South engagement policy is likely to damage Moon’s presidency to the core. To avoid it, he is doubling down on restoring relations with the North, but such efforts have been met with a negative North Korean response.

South Korea Turns the Other Cheek

Recalling that it was only a year ago that Moon was addressing 150,000 North Korean citizens at the Rungrado 1st of May Stadium in Pyongyang, how did he go from hero to zero in the eyes of North Koreans? And why is North Korea’s tone so pejorative towards Moon, when he is clearly working hard to preserve the relationship with the North Korean leader, thereby risking his political standing at home and abroad?

North Koreans themselves have provided the reasons. The first significant statement by Kim criticizing Moon came out during the state council meeting last April, which coincidentally also served as the venue to announce the year-end deadline for the United States. Kim declared that Moon “…should not be playing the role of meddlesome mediator, facilitator.” Instead, he urged the South to prioritize inter-Korean relations over its relationship with the United States, and fulfill the promises made to the North in the Panmunjom and Pyongyang Declarations.

And it is obvious why Moon hesitated to do so. These summit meetings resulted in the two sides agreeing to engage in infrastructure and economic development projects, as well as eliminating military maneuvers near the demilitarized zone (DMZ). Were these measures implemented to the letter, South Korea would have violated sanctions and undermined the alliance. South Korea may have assumed that the North would fit its expectations within the bounds of reason and take South Korea’s offer as incentives to denuclearize. But North Koreans knew that the agreements were a source of powerful leverage over the South, as these would become precedents in the North’s favor in future inter-Korean negotiations.

Kim’s snubbing of Moon continued. In June, when Trump visited Panmunjom for a surprise encounter with Kim after the G20 Summit in Osaka, Moon was shut out of the room where the Trump-Kim meeting was taking place. Although at the time it seemed as though Moon was still a “facilitator,” it became clear afterward that Moon’s role in the surprise meeting was largely confined to providing the venue. Indeed, the biggest beneficiary of the meeting was not the South Korean leader, but Trump, who demonstrated the ability to beckon (or, more accurately, tweet) Kim at a moment’s notice. And precariously for Moon, it showed Trump that South Korea wasn’t an indispensable party to the negotiations with North Korea.

As Moon became a peripheral player, North Korea’s denigration of him intensified. Two months after Kim’s blast at Moon in August, the North Korean leader ordered the dismantling of South Korean tourism facilities in Mt. Kumgang. And most recently, North Korea revealed that Kim had turned down the South Korean president’s invitation to attend the South Korea-ASEAN meeting in Busan in November. The reason? North Korea criticized the South for not fulfilling its promises made throughout 2018, declaring that another inter-Korean summit would just be a waste of time.

South Korea took all these jabs straight on the chin. Despite the constant attacks and criticism, the Moon administration worked diligently to maintain contact with the North. In May, South Korea offered assistance to North Korea with the swine flu epidemic that apparently is wiping out its pig population; the North never responded to the offer. In July, the South offered 50,000 tons of rice through the World Food Programme, which was promptly rebuffed by the North. When Kim Jong Un personally ordered to tear down South Korean owned facilities in the Mt. Kumgang resort, the South Korean government, instead of protesting, meekly requested a meeting to discuss the issue. No one was surprised when North Korea icily turned it down.

So what explains South Korea’s patience? In his Independence Day speech on August 15, Moon declared that South Korea should aim at leading rather than being treated as the object of power dynamics in Northeast Asia, which was a reaffirmation of South Korea’s role as “the driver” in peninsular affairs. Indeed, that was the case in the first half of 2018, when North Korean athletes were competing in the Pyeongchang Olympics and Moon’s National Security Advisor Chung Eui-yong was in the White House relaying Kim Jong Un’s message to Trump that his regime was committed to “completely denuclearize.” Back then, South Korea was the central actor in diplomatic outreach to North Korea. But now, it is isolated and ignored by North Korea and has no influence over the North’s deadline or the American response to it.

Rather than acknowledge the failure of its engagement policy toward the North, the Moon administration is looking to restore the country’s centrality in denuclearization diplomacy, which the North fully recognizes. Pyongyang’s constant jabbing is not meant to signal genuine rejection; rather, it seems intended to reinforce the South’s sense of impotence and isolation, with the expectation that the North’s ability to help restore the South’s central diplomatic role will provide Pyongyang with a valuable source of leverage.

The Moon administration’s acute need to put South Korea back in the driver’s seat on Korean Peninsular diplomacy leaves it vulnerable to exploitation by the North Korean regime. The earliest occasion this could take place would be the year-end deadline Kim has established. The prevailing fear is North Korea may mark the passing of the deadline with a serious provocation, possibly involving an intercontinental ballistic missile launch. But it is also likely that North Korea will modulate the level of provocation so that it raises tension and creates a sense of urgency, while staying below the threshold for triggering a kinetic response by the Trump administration. North Korean strategists’ biggest fear is that its provocations could result in an unforeseeable and possibly catastrophic outcome for the regime. South Korea could come in handy in mitigating such downside risks.

A possible scenario that could unfold after the deadline passes would be a repeat of the pre-Pyeongchang Olympic phase in 2017, when North Korea and the United States were on a collision course amidst escalating North Korean provocations and matching US military responses. Facing an unpredictable and unfamiliar US president, North Korea ultimately backed off by announcing it would participate in the Pyeongchang Olympics. South Korea served as an off-ramp for North Korea’s untenable strategy of ever-increasing provocations and helped facilitate the North’s diplomatic blitz that has lasted to this day.

Aware of the Moon administration’s eagerness to reengage the North, the regime’s strategists may make a surprising outreach to the South after the deadline. South Korea is eager to resume the role of mediator/facilitator between the US and the DPRK, which could create a split in the alliance’s response. Unification Minister Kim Yeon-chul recently visited Washington with a blueprint for dialogue called an “Olympic Truce,” which essentially proposed a dual freeze: North Korea would refrain from missile and nuclear testing, and the allies would suspend all joint military exercises until after the 2020 Summer Olympics in Tokyo. Long story short: it’s déjà-vu 2017.

The year-end deadline may not be a dead-end for Kim Jong Un as some expect. Instead, it could be a moment when the alliance unravels, with the United States and South Korea drifting apart over how to respond to North Korean provocations and contentious military burden-sharing negotiations. In the worst-case scenario, if South Korea hits discordant notes with the United States at the height of tension post-deadline, North Korea would be able to dissipate pressure arrayed against it, be it additional sanctions or the “bloody nose” option. Then credit would be due to North Korea for having masterfully handled South Korea’s need for diplomatic and political validation for its own strategic benefit.